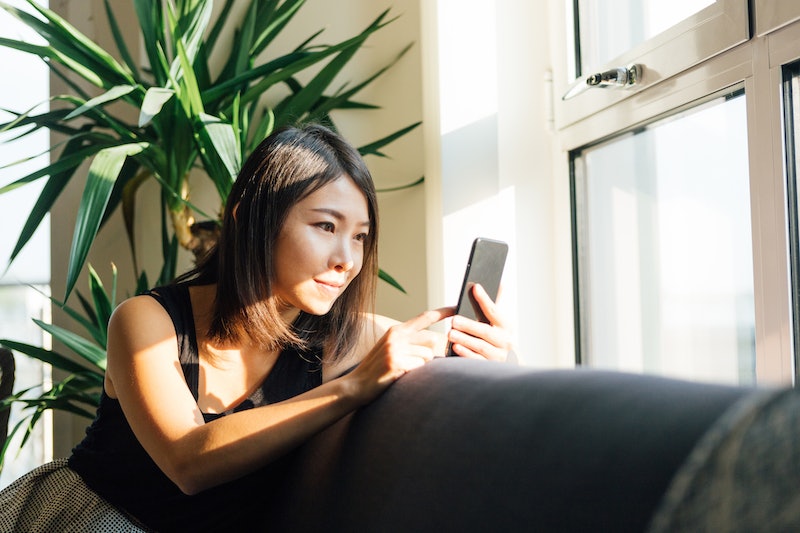 Facebook Dating is one of the newer additions to the dating app universe. And it's definitely worth a try, if you're in the mood to scroll through potential love matches. But if Facebook Dating isn't showing up for you, don’t worry — there might be an easy fix.

Since it's a separate profile, you'll need to sign up for Facebook Dating — and once you do that, you should be good to go. If you're still having problems, however, make sure you're using the latest version of the app. Go into the Settings option on your phone, and check for an update.

If you're still having trouble from there, check your network connection. Sometimes shotty Wi-Fi is to blame, and sometimes it's just a problem with the Facebook servers, at which point you'll have to wait for Facebook to fix the issue. Once it's up and running again, make sure your notifications are turn on, so that you don't get any messages.

Again, your dating profile is separate from your usual Facebook profile — much to everyone's relief. So even though it's connected to your main account, your dating activities are never broadcasted to your Facebook timeline. Facebook Dating does, however, take advantage of your network.

Your dating profile isn't limited to who your Friends are on the site. Rather, your "suggested" profiles (aka, people that Facebook thinks you might want to reach out to) will be based off of your interests, preferences, and other things you do on Facebook.

While we're at it, the settings for who can see your info that are included in Facebook Dating might spark your interest, as well. First, Facebook Dating is opt-in only, which means you become a part of this particular network if you actively choose to; and if you don't want to join Facebook Dating, Facebook will not create any sort of dating profile to connect to your regular profile on your behalf.

Another nifty little aspect of Facebook Dating is that you can choose whether your friends of Facebook friends can be suggested as matches, or whether you want even more distance between your dating world and your regular profile world.

So even if you use Facebook Dating, you can rest assured that your boss won't see your Dating profile ever, unless you want them to. The same goes for your nosy family friends. What a relief.

This article was originally published on Sep. 5, 2019