If you watched last Tuesday night's episode of The Real Housewives of New York , you're probably still crying. That's because the scene where Carole Radziwill, Heather Thomson, and Dorinda Medley high-tailed it to Queens to visit a coffee grinds reader was one of the most heartbreaking moments of the season — maybe ever — on RHONY. As the psychic read and interpreted the coffee grinds left behind by each of the Real Housewives after sipping their cups of joe, she was eerily in tune with all of their most intimate personal fears. So who is this psychic that left these RHONY cast members speechless?

Well, what I'm seeing in my big, magical crystal ball called the Internet is her name is Viktoria Ballavoski, but she also goes by the name of Sema. Following in the footsteps of her ancestors, Viktoria has been reading Turkish coffee cups and tea leaves for more than three decades. She is also the author of the supernatural mystery novel Lillith's Awakening . Bet you didn't see that one coming.

But, Viktoria isn't the first psychic to grace The Real Housewives. Many a human being purporting to have supernatural abilities has appeared on nearly every incarnation of the franchise. Here are the best encounters of the psychic kind on The Real Housewives.

1. RHONY's Ramona Gets A Bad Fortune In Morocco

The ladies' trip to Morocco during Season 4 gave us one of the earlier psychic appearances on RHONY, and boy, was she accurate. The psychic essentially told Ramona that there would be another woman in her husband's life, according to Luann de Lesseps' translation. We all just chalked this up to some good-old-fashioned RHONY drama at the time, but little did we know back then that this fortune would actually come true.

2. Allison DuBois Delivers The Vape Seen 'Round The World On RHOBH 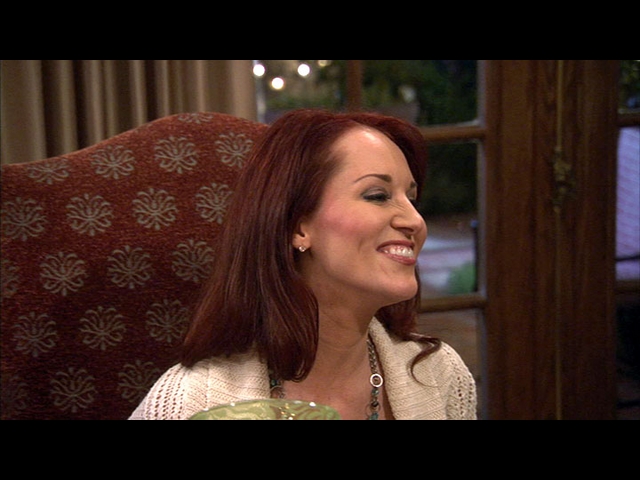 Allison DuBois is a psychic medium who inspired the Patricia Arquette-led TV drama Medium. So, should we really be surprised that this psychic with Hollywood connections found herself on Season 1 of The Real Housewives of Beverly Hills as the guest of honor at one of Camille Grammer's dinner parties? No, not really.

However, Allison's behavior is another story. Of course, she read the Housewives — more in the throwing shade sense than actually predicting their futures — which erupted into a huge fight between Allison and Kyle Richards. The evening ended with Kyle storming out with the other Real Housewives behind her, to which Allison responded with a weird rant to Camille about how much of a "b*tch" Kyle was and lording her ability to predict when she will die and what will happen to her family over her. All the while, Allison vaped up a storm with an e-cigarette seeming to never leave her hand. I predict history will remember this as one of the most memorable Real Housewives moments of all time.

3. James Van Praagh Gets It Wrong On RHONJ

One of the more spiritual Real Housewives, Dina Manzo, enlisted the help of celebrity medium James Van Praagh to see what was in the cards for Teresa Giudice as she and her husband Joe's sentencing for their fraud and tax charges loomed during Season 6. Teresa was a little weirded out by the whole thing, but at that point, what did she have to lose? James told Teresa that he didn't see jail in her future, but Joe was probably going to serve some time. Of course, Teresa didn't want either her husband or herself to serve time in prison, so she wasn't ecstatic about this news. I can only imagine she felt a million times worse when she found out she and Joe would both actually be going to jail. I would say that James should be a little concerned about dropping the ball with his prediction like that, but who saw that coming, really?

4. Tamra Calls Out The Psychic On RHOC 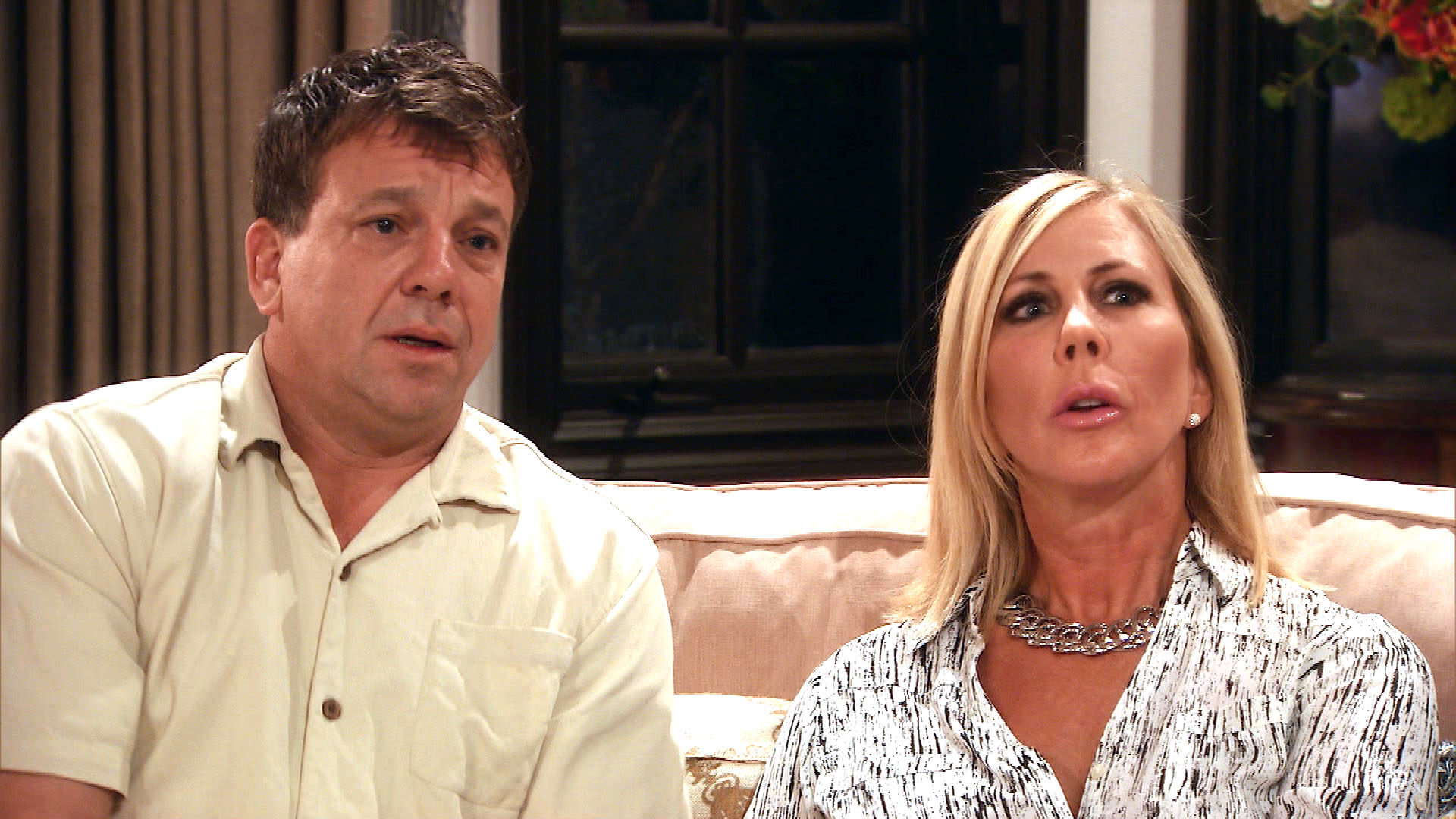 Leave it to The Real Housewives of Orange County's Tamra Judge to throw a psychic off his game. Vicki Gunvalson invited Tamra and Shannon Beador to join her brother Billy, her boyfriend Brooks, and herself in listening to medium Tim Braun attempt to connect with her recently deceased mother, who died suddenly this season. Tamra didn't trust this guy from the get-go, and when Tim started talking about how Vicki's mother wants one of her grandchildren to not get any more tattoos, Tamra politely asked him to describe the tat. At first, Tim seemed a bit flustered by Tamra's question and then scolded her for throwing him off his groove. That didn't bother Tamra so much, but what did is the fact that he never really said what the tattoo looked like and merely said that Vicki's mother loves it but thinks there should be no more. I was just as frustrated and simultaneously giddy at this whole ordeal, Tam-Tam.

The cast of The Real Housewives of Atlanta was one of the more reluctant groups to participate in a psychic reading. However, by the end, they were sure happy they did. The ladies paid a visit to Kim Zolciak's psychic, Rose, during Season 1, and she got Kim to reveal her musical ambitions to the other ladies... to which they promptly responded with laughter. Little did they know how much more hilarious it would get. But, in the end, who had the last laugh? Fans did, of course. 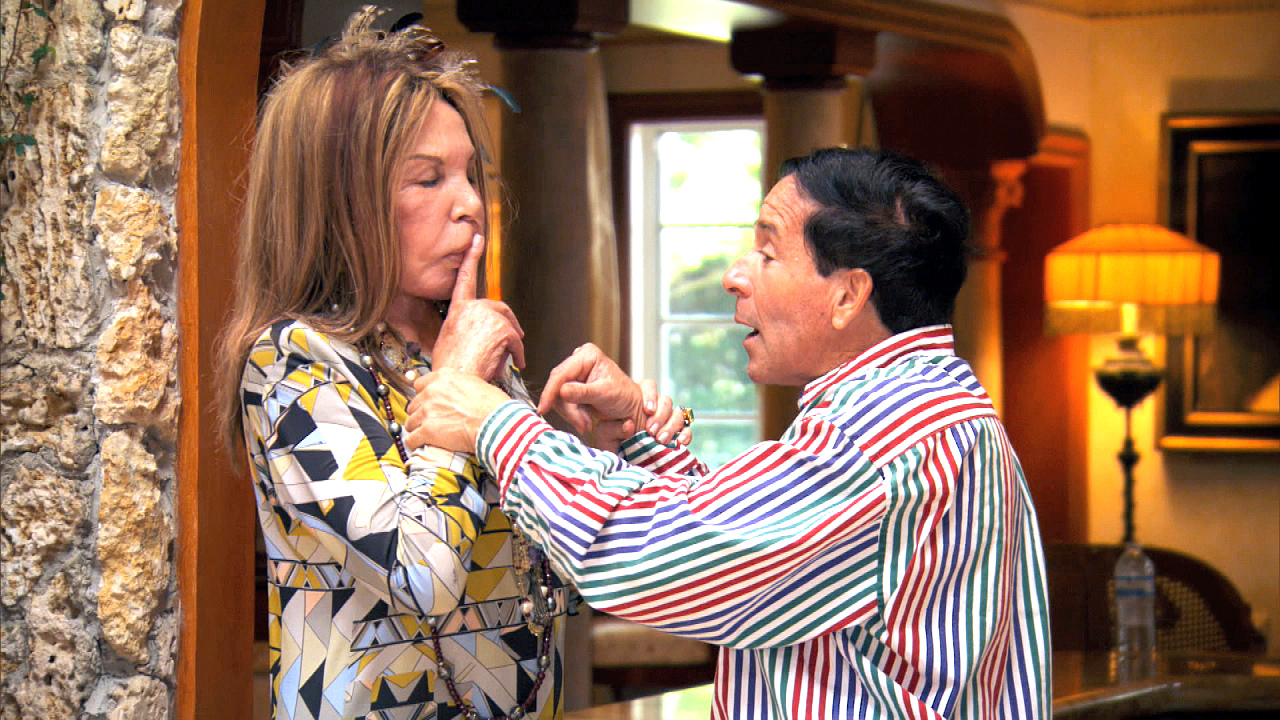 What would The Real Housewives of Miami do without Mama Elsa? Be a lot less entertained, that's what. Marysol Patton's mother was always doing spiritual things like lighting candles and incense and generally saying far-out-sounding phrases that meant she was either really in tune with the paranormal, or she just had a little too much of the Miami sun. During one memorable episode in Season 2, it looked like Mama Elsa was going to have a psychic-off with Norman, an Uggs-wearing energy healer Lea Black invited to cleanse her home and her friends before her big charity gala. They clasped hands, and it looked like Mama Elsa had become possessed, but it turned out she was just kidding, and the two ended up dancing. It was as weird as it sounds.

7. That's So Jackie On RHOMelbourne

With all of these psychics hanging around The Real Housewives, it's no surprise that one of them is actually a psychic. Yes, The Real Housewives of Melbourne's Jackie Gillies is a psychic with whom you can book actual readings and everything. Of course, Jackie brings up the psychic thing on the show whenever she gets a chance. She even gets called out on it sometimes (I'm looking at you, Gina), but like, how could you not with an occupation like that?

Whether you believe what psychics have to say or not, you have to admit they make for great TV.