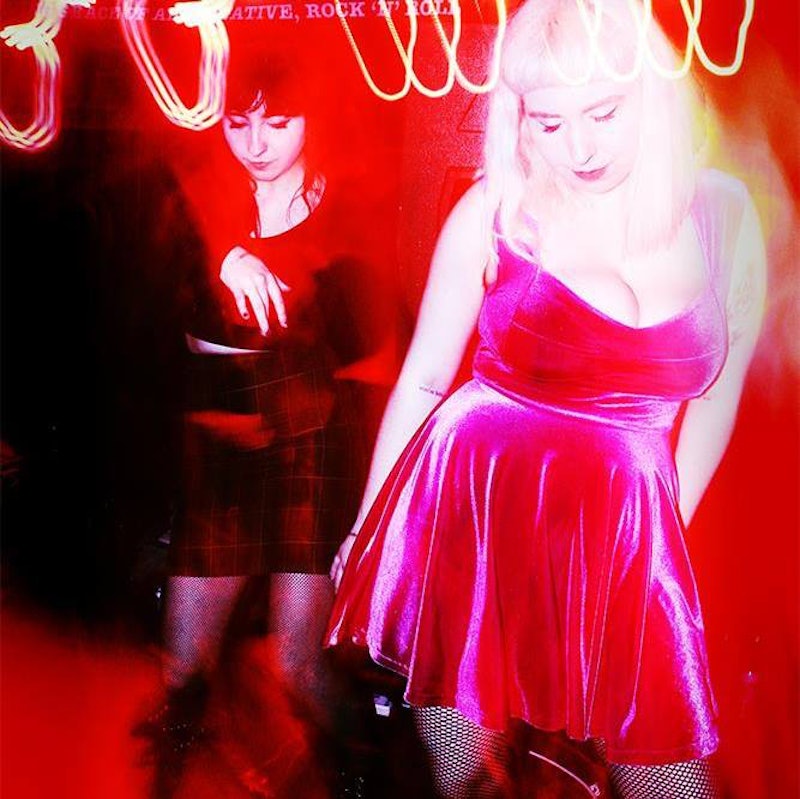 For the most part in the 21st century, nobody blinks an eye when a woman wears pants, or the color blue, or (heaven forbid) blue pants. But when a man wears pink clothing? Well, that's often still a bit of a headline-making shock. Seemingly to make males feel better about wearing the color, people then come up with phrases like, "Real men wear pink," or, "It takes a real man to wear a woman's color." To that I ask, what even is a "real man" anyway (apart from a veiled transphobic comment)? Is the male ego so fragile that it needs to be talked into wearing a color, just as you'd gently coerce a child into doing something new?

Reflecting on the gender dynamics of the color pink makes me think of that famous Iggy Pop quote. "I'm not ashamed to dress 'like a woman' because I don't think it's shameful to be a woman." The correlation of pink to girliness, weakness, babies, and women, however, has unfortunately meant that some wearers of the hue aren't taken seriously. It's the classic Elle Woods situation: If you wear pink and choose to present ultra femininely, then you won't be taken seriously because femininity isn't taken seriously.

Although the color pink hasn't existed for very long, it's existed as a "feminine" color for an even shorter amount of time. According to The Guardian, it wasn't even until the 1940s that pink became associated with girls and removed from clothing for boys. A prime example can be found in The Great Gatsby.

The pink suit that Jay Gatsby wears is often misinterpreted by modern readers to represent a femininity that Tom Buchanan is critical of. When the book was written in 1925, however, pink represented the working classes. It was a sign that Gatsby was "new money." What we see here is proof that even before pink clothing was associated with women, it was still assigned negative attributions for its association with the lower classes. Perhaps the hatred of wearing pink can be seen, then, as a hatred of those lower on the social ladder, or at least an unwillingness to be associated with such people.

“Society has put up so many boundaries, so many limitations on what’s right and wrong that it’s almost impossible to get a pure thought out. It’s like a little kid, a little boy, looking at colors, and no one told him what colors are good, before somebody tells you you shouldn't like pink because that’s for girls, or you’d instantly become a gay two-year-old. Why would anyone pick blue over pink? Pink is obviously a better color. Everyone’s born confident, and everything’s taken away from you."

As West suggests, there are deeply rooted issues with assigning moral values on to colors. Creating a gender binary through clothing colors isn't just sexist and reinforcing of a gender binary, though. It's also transphobic. Issuing children colored labels to represent their gender arguably perpetuates the concept that there are only two genders.

It might seem like a stretch, but continuing to view pink clothing as being for girls and blue clothing as being boys echoes the Nazi practice of labeling homosexuals with pink triangles as well. The LGBTQ movement have re-appropriated the symbol, though. The pink triangle pointing upwards is now a symbol of resistance, acknowledging the negativity of the past while transforming it into a positive message for the present. Similarly, I feel we need to provide the color pink (when applied to women) with a sense of positivity, pride, and power.

We need to remove the negative stigma that surrounds pink, rather than isolating the hue altogether. Allowing pink to continue to be belittled by minimalist Millennials is damaging when you consider that the color is still largely associated with women.

There are less political reasons that people don't like pink, of course, and it'd be ridiculous to expect a revolution based upon a pigment. But hating the color because of its Barbie-like associations feels to me like a form of internalized misogyny. It creates not only a kind of hierarchy between men and women, but between certain types of women and others as well.

The problem with affording something as simple as color such a sway over our perceptions of people and the world at large is that we're reinforcing our culture's obsession with labeling and binaries. Pink may have once belonged to men, but right now it belongs to women — and we need to decide what to do with it. Is it a sexist issue that almost anything made for girls 11 and under is a shade of pink? Is it still a sexist issue that the same is applied to boys and shades of blue? I feel that the answer to both is yes, and that as long as we prescribe to these (not so) old ways of separating boys from girls, then we are literally creating differences between the genders (and any genders in between) that simply do not need to exist.

Thankfully, these thoughts are not solely mine. In Sweden, a gender neutral preschool caught the press' attention in 2012, Disney marketed all its Halloween costumes as gender neutral just this year, and Target removed gendered signing from its kids' sections earlier this summer. The efforts are being made; we just need to keep them up.

We need to reclaim pink not just for girls, women, or the feminist movement, but to de-gender the color — and all colors — altogether. In doing so, we can create fluidity in gender representation not just for children, but for adults too.

More like this
Instagram & Facebook May Finally Lift Their Notorious Nudity Ban
By Allie Fasanella
24 History-Making Black Women You Probably Didn't Learn About In School
By Ayana Lage and JR Thorpe
25 Inspiring Quotes From Black Women To Celebrate Black History Month
By Kyli Rodriguez-Cayro and JR Thorpe
Phoebe Dynevor Serves ‘Bridgerton’ Underboob In Stunning Floral Gown
By El Hunt
Get Even More From Bustle — Sign Up For The Newsletter
From hair trends to relationship advice, our daily newsletter has everything you need to sound like a person who’s on TikTok, even if you aren’t.