At long last we have a glimpse of the resurgence of Full House... and no, I don't mean Fuller House . The first real clip of Lifetime's Unauthorized Full House Story has dropped, and it has potential to make the Unauthorized Saved by the Bell Story look like Citizen Kane. OK, I'm being a bit dramatic (which is the exact amount of drama that seemingly warrants a Lifetime unauthorized movie), but the clip looks exactly like what you would expect from this genre: deliberately wonky.

Not only because of all the seemingly purposely off casting that Lifetime loves to do, but because of all the remarkably bad hair. And granted, Full House had a lot of that too, so it's true to source in that sense — and I'm pretty sure it's exactly what Lifetime is going for. They're all about selling us Cheesy Poofs and handing over Cheddar Puffs in their place. And we gobble it up every time.

Come with me as I attempt to suss out this clip and figure whatever-the-hell is going on in this movie. 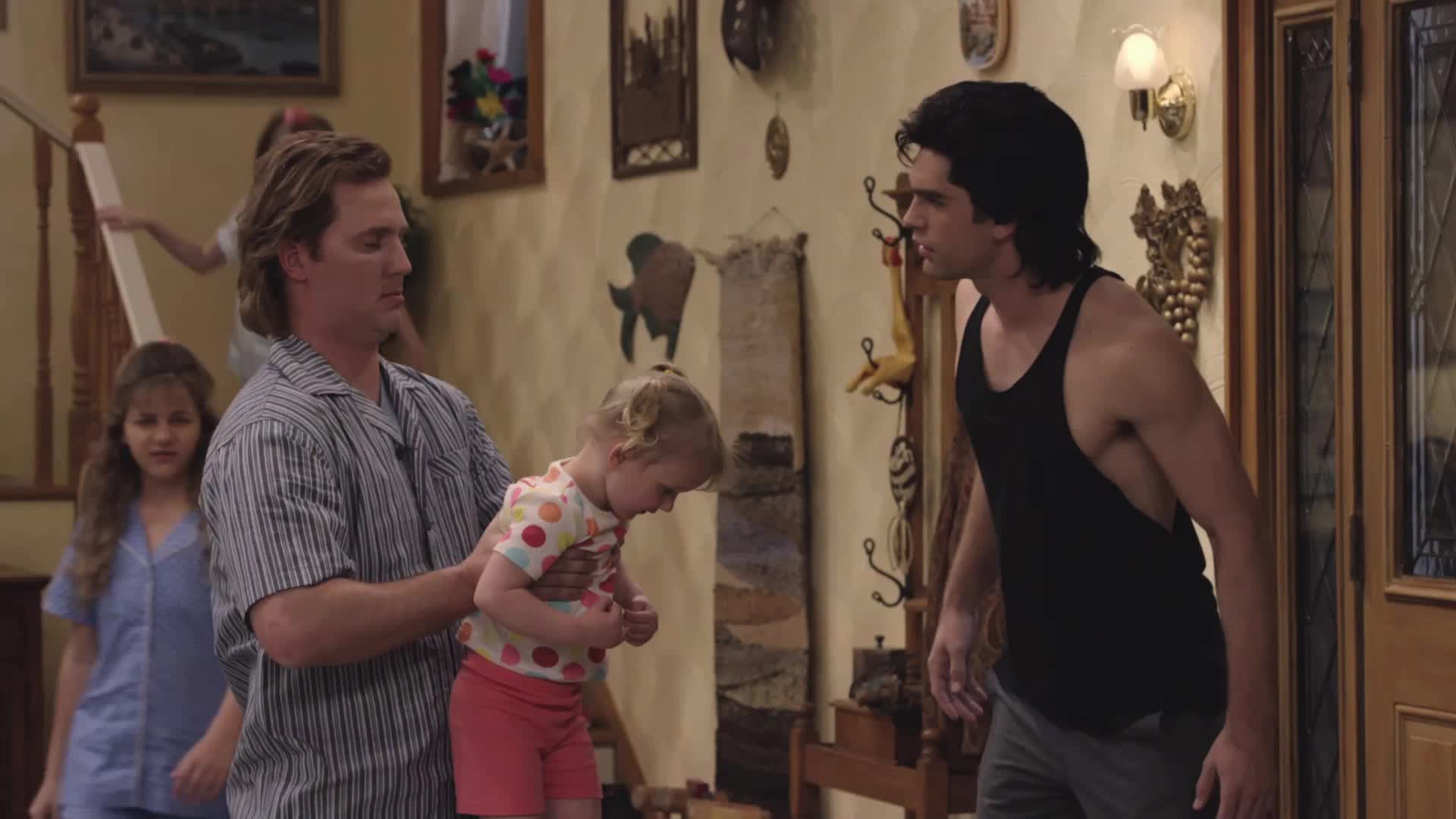 I actually don't remember this episode for the life of me, but I assume it happened, and I assume it is classic.

OH WAIT, It's Being Filmed WITHIN The Lifetime Movie!

First of all Stephanie is known for her somewhat shrill know-it-all cadence — it's one of her three defining traits. Second of all, was she even sporting that hairstyle in this episode? Because if we're dealing with Toddler Michelle, we should be dealing with Fluffy Perm Stephanie. I refuse to fact check this because I have to retain the remaining shreds of my dignity, but it's worth questioning.

But seriously there's some Matrix-esque cinematography with the way this camera swings around.

In A Shocking Reveal, Famed Thespian Mary-Kate (Or Ashley) Olsen Poops Her Pants

SO unprofessional. You're almost two now, it's time to start acting like an adult.

Was there never a live studio audience? Is there a studio audience but this is just a dress rehearsal? These are all questions that can be resolved by quickly Googling, but I just want to throw it out there that the laughter on Full House seemed way bigger than like, six people.

SCANDAL: Fake John Stamos Asks If The Twins Can Be Replaced

Here I thought that he always had a strong bond with the Olsens, and now I can never watch the show the same way again.

Then Fake Bob Saget Says Something About A Stripper Pole, To Show That Real Bob Saget Is A Very Dirty Comedian

And nothing says that more than a PG-rated stripper joke that your 8-year-old co-star doesn't understand.