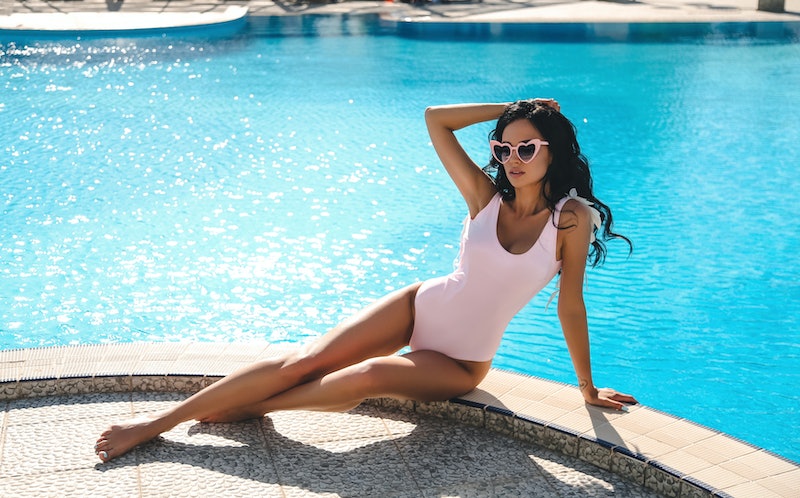 Sexual objectification can bring in a lot of dollars — and a lot of backlash. Women hate when Axe does it. We hated it when Roxy did it. So why don't we hate when luxury brands do it? According to a new study, women find sexually explicit ads less offensive when they're selling expensive products. Apparently, we like our objectification classy.

The study, led by University of Minnesota’s Kathleen Vohs, showed 20-second watch advertisements to 87 male and female undergraduates. Half the participants were shown ads featuring “explicit sexual imagery,” while the other half was treated to “majestic snowcapped mountains.”

The price of the watch, displayed on the screen at the end, was either $1,250 or $10. While they watched the ads, participants were asked to repeat a series of numbers in their heads to keep their minds busy so “the ads would elicit spontaneous reactions."

Participants were then asked to weigh in on what they had seen. “Women who saw a sexually charged image used to sell a cheap product felt more upset emotionally and thought more poorly of the ad, compared with women who saw a high-priced product promoted with sexual images,” the researchers report.

Men's reaction to the ad, on the other hand, was not affected by the watch's value — they felt pretty neutral about everything they were shown.

The researchers believe this experiment's result is evidence of the "sexual economics theory," which suggests women “want sex to be seen as rare and special.” According to this theory, we use sex as a resource, something to be traded on. Like any commodity, its value climbs when its harder to get – so women want to make sure their eroticized bodies are associated with Rolexes rather than bargain bin watches.

But luxurious objectification is still objectification, and sexism can be attached to any price tag. Besides, can we please stop worrying about our sexual encounters as if they were some sort of precious metal to be saved up? Like Katy Waldman at Slate points out, sex doesn't have to be "rare and precious," just fun and safe.

More like this
We’ve All Had Bad Sex. Nona Willis Aronowitz Is Talking About It.
By Sophia Benoit
Kim Kardashian Is Releasing A Line Of Earbuds With Beats
By Alexis Morillo
41 Chic Outfits Under $35 That Are Alluring Without Being Too Revealing
By Scarlett James
What Is Megan Thee Stallion’s Net Worth? The Traumazine Hitmaker Isn’t Worried About A Budget
By Hugh McIntyre
Get Even More From Bustle — Sign Up For The Newsletter