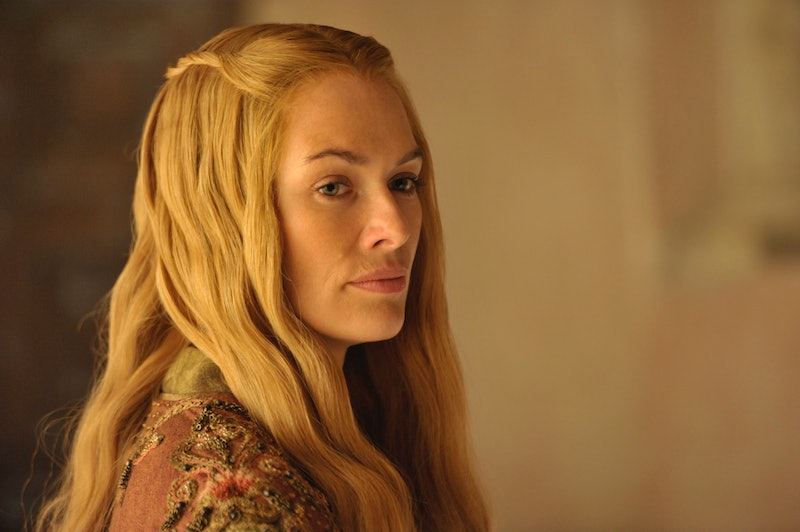 It's obvious that women living in pre-modern times did not have easy lives. Forced marriages, lack of political power and male dominance were just a few things that ladies living in past times had to contend with. HBO's Game of Thrones depicts many of those struggles that women have dealt with, and continue to deal with, in many parts of the world. Perhaps the most unlikely feminist hero on the show is Cersei Lannister. The golden haired queen is probably one of the most sinister characters on television today, but she's never apologized for who she is. Though Cersei would never label herself as feminist since she struggles with the fact she was born a woman, she constantly critiques the lack of female agency in Westeros.

In the past, the HBO smash hit has been amazing about placing its female characters in positions of power and giving them voices. The most poignant female character on GoT is Daenerys Targaryen. The Mother of Dragons rose from a frighten young lady to Khalessi, a woman who rules over kingdoms with a massive army at her beck and call. Likewise, Arya Stark, the youngest Stark girl has constantly subverted gender norms. From her desire to learn to wield a sword to taking vengeance for her families deaths Arya has never wanted to be a "lady."

But Cersei is in a league that is entirely her own. From using the Westeros patriarchal structure for her own personal gain to her excellent manipulation tactics, here are seven ways Cersei Lannister is a feminist hero on Game of Thrones. After all, who says ladies need to be nice?

1. When She Questions Her Father About Her Lack of Power

Let's just be honest, before Tywin Lannister died, the person he probably trusted most was Cersei. He hated Tyrion with a passion, and Jamie certainly doesn't have a brain for politics. Tired of fighting for what she rightfully deserved, Cersei had no issue questioning her father (the then-King's Hand) about her lack of agency.

2. When She Refused to Marry Loras Tyrell

In order to solidify the Lannister-Tyrell alliance, Tywin tried to force Cersei to marry Loras Tyrell. The marriage would have been entirely for political reasons considering the fact that Cersei and Loras did not love one another, and because of Loras' preference for men. Not only did Cersei refuse the union, she also got Loras placed in jail to ensure it would never happen.

3. When She Had Sex With Whomever She Wanted

Admittedly, I find Cersei's sexual relationship with her twin brother Jamie abhorrent, especially since he also fathered her three golden haired children. However, Cersei's choice to be involved with her brother was hers alone. So much has been taken from the women in Westeros, but Cersei has always chosen her own sexual partners — whether it be for love or power.

4. When She Called Out King Robert Baratheon For His Adultery

Cersei has never been one to bite her tongue, even when it meant standing against her husband. Before his death, King Robert Baratheon was known for his alcoholism and his trysts with prostitutes. Not only did Cersei let him know she knew about his adulterous ways, she called him out for them.

Though Cersei's manipulations cost her dearly this past season, her intelligence and cunning ways have often helped her achieve the things that she deeply desired. After all, Cersei had a hand in both King Robert and Ned Stark's deaths.

6. When She Refuses to Play Cute

The highborn women of Westeros are taught to be seen and not heard. They are dressed in gowns, and used as their husbands' playthings. However, Cersei has never accepted such a belittling position. Instead of simply being agreeable, she's always stated exactly what's on her mind and dared anyone to question her.

7. When She Was Not Broken By Her Walk of Shame

Though he eventually released Cersei from prison after she admitted to the lesser charge of fornicating with her cousin, the High Sparrow still forced her to walk nude through the streets of King's Landing. The experience was beyond horrific, but Cersei pressed forward, and it's very clear that, while the experience may have humbled her, it certainly did not break her. She may be flawed in every single way, but Cersei is still a feminist hero if you know how to look.