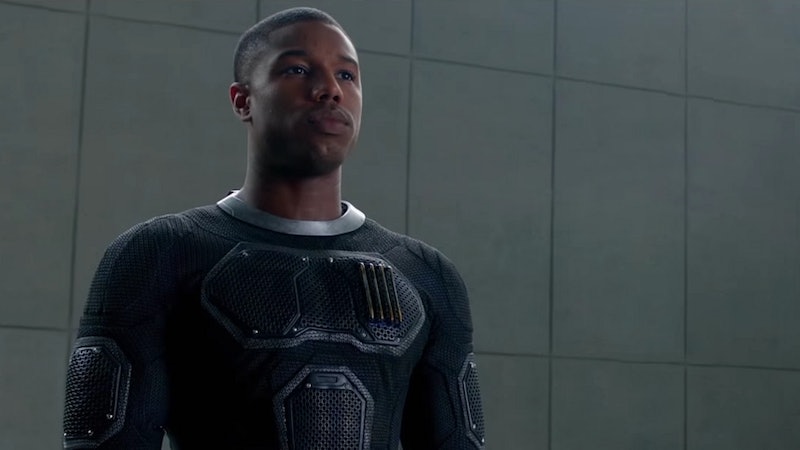 Fox's new Fantastic Four reboot doesn't even arrive in theaters until this weekend, but fans are already wondering if the film will be the start of a new franchise or if this is the only chance we'll ever have to get fantastic with these four. The new film features a who's who of some of the hottest actors in Hollywood at the moment: Miles Teller as Mr. Fantastic, Michael B. Jordan as the Human Torch, Kate Mara as the Invisible Woman, and Jamie Bell as the Thing. Based on that cast, it'd be no surprise if the studio wanted to lock these guys up with a multi-picture deal. But are they? Will Fantastic Four have a sequel?

Unless it lays a massive egg at the box office, then yes, Fantastic Four is getting a sequel. Not only is a future film already planned, but it even has a release date of June 9, 2017 (it was originally slated for June 2, but rumor has it Star Wars: Rogue One scared it away). So now that fans know they'll be getting a second helping of this foursome, they're probably wondering what the sequel is going to be about. Bell himself has said that the potential plot for a sequel is "wide open," but luckily for him, I've got some ideas. While the first movie is about the team's origins and features their archenemy Doctor Doom as the villain, there are a lot of directions the sequel could go in, based on the comics. Here are five possibilities:

Arguably the most famous Fantastic Four story from the pages of Marvel Comics, the original Fantastic Four sequel, 2007's Fantastic Four: Rise of the Silver Surfer, tackled the planet devourer's earthbound vacation to much disdain. Now, with the new franchise, Fox has a chance to get the classic story right. Plus, Bell has said he'd like to see Galactus's herald, Silver Surfer, in the sequel, and the character is one of the most recognizable Marvel properties for which Fox owns the rights.

After Doctor Doom and Galactus, the Skrulls are probably the most iconic Marvel villains Fox can use in a Fantastic Four film. And the shape-shifting aliens' finest moment was in the comic event Secret Invasion, where they successfully infiltrated society by posing as a number of superheroes. A movie wouldn't have as many heroes to work with, of course, but they could easily swap them out for politicians and the like. Who wouldn't want to see the president as a Skrull?

Mole Man gets made fun of a lot, but he's actually kind of cool: The leader of a subterranean society who has leagues of monsters that do his bidding? Sign me up! Plus, for you history buffs out there, Mole Man was also the Fantastic Four's first villain in issue number 1, way back in 1961.

Essentially an evil version of the Fantastic Four, the concept might be a little campy for this new grittier take on the heroes, but it would still be fun to see the team go up against another foursome. Although, if Fox does go in this direction, they'll have to play around with the lineup, since a number of the team's original members (e.g. Sandman and Medusa) belong to rival film studios.

Perhaps the strongest possibility for a sequel (especially if Fantastic Four flops at the box office), Fox may start their crossover plans earlier than expected. Especially with the rumor that they may be tapping X-Men helmer Bryan Singer to direct. Plus, Jamie Bell even thinks Hugh Jackman would return as Wolverine to fight the Thing, and how amazing would that be?

Whatever idea the studio decides to go with for the sequel, one thing's for sure: you won't want to miss this movie.