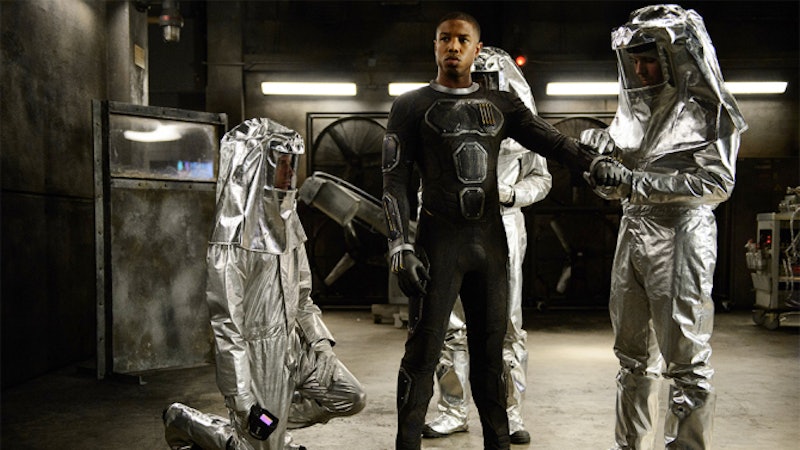 Fans of superhero movies, especially Marvel superhero movies, have come to expect a little something extra after the credits roll. I know that I myself never get up from my seat in the theater after watching a superhero movie until the lights come on and an usher physically forces me toward the exit, and I suspect many fans do the same. So a lot of people are likely wondering if the latest superhero flick, Fantastic Four, offers them any reason to stick around through the endless chyron crawl of special effects artists. So, does Fantastic Four have a post-credits scene?

Unlike so many of its predecessors, Fantastic Four does not have a scene after the credits. But before you cry blasphemy, remember that not all Marvel superhero movies feature an extra scene, particularly those produced by 20th Century Fox. The first Fantastic Four movie in 2005 didn't have one, while its 2007 sequel, Fantastic Four: Rise of the Silver Surfer, did. The first two movies in the X-Men series didn't, the third movie, X-Men: The Last Stand, did; the fourth movie, X-Men: First Class, didn't; and the fifth movie, X-Men: Days of Future Past, did. So the track record is pretty spotty when it comes to including a post-credits scene, unlike that of Marvel Studios, which has included at least one, sometimes two, in every single one of their twelve films so far.

Since Fantastic Four deals with alternate dimensions, it would be great so see them run into an alternate version of themselves. And no, I'm not talking about the Jessica Alba/Chris Evans group from 2005 — I mean the original, unreleased Fantastic Four from 1994. You know, the one that featured huge stars like Alex Hyde-White, Jay Underwood, Rebecca Staab, and the legendary Michael Bailey Smith as the ever lovin' blue-eyed Thing. The movie was made by Constantin Film Productions for a lowly million dollars strictly to maintain the rights to the property, though the actors believed they were in a big budget, career-making superhero movie. The film was parodied in Netflix's fourth season of Arrested Development .

Flashback To Doctor Doom Getting His PHD

There are a lot of doctors out there, but how many people have an actual PHD in Doom? This scene would explain a lot by showing what subjects Doom studied in college (Pestilence 101, Diabolical Warfare in the 21st Century, etc.) and give fans a clear reason why he's not a "Mr." Doom.

Montage Of Michael B. Jordan Playing Other Superheroes

A lot of stupid things were said about Michael B. Jordan being a black Human Torch, so what better way to strike back at the racists than by having Jordan take on the role of dozens of beloved white heroes? Black Superman, Black Batman, Black Spiderman... Even Black Wonder Woman! Maybe by the end of it, people will finally figure out that a superhero's race doesn't matter.

The Thing Gets A New Name

The Thing has never liked his name, so he would get a new one in this scene. Unfortunately for him, his new name will be "That Thing Over There", which just sounds so much worse.

20 Minutes Of Guardians Of The Galaxy

Because no superhero movie from here on out is complete without Baby Groot.

Maybe we'll get a post-credits scene in the sequel? Here's hoping!