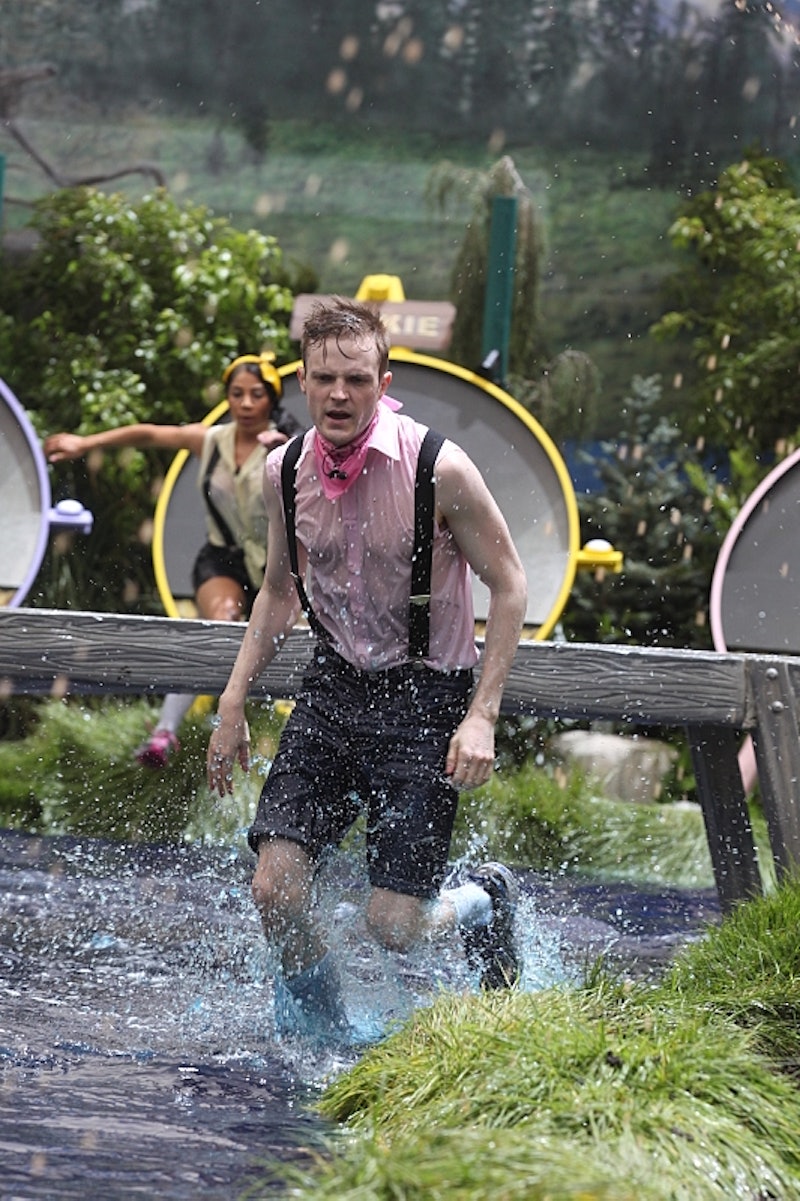 John McGuire, or "Johnny Mac," is one of the most likable houseguests on Big Brother this season, and already an early candidate to be America's Favorite Player. The "Rockstar Dentist," as he is affectionately called on the show, has spent most of the season laying low. He proved to be excellent at competitions after pulling himself off the block three times in a row at the start of the season and is no stranger to being asked to be a pawn against a larger target. John kept a target off his back for a few weeks, but now that he's ready to make some big moves, the house is starting to figure out that Johnny Mac is not a floater anymore.

After he inadvertently caused Clay and James' big fight, John risked putting a target on his back amongst the Sixth Sense alliance. John trying to get Clay to campaign against Vanessa and Shelli was a risky move that didn't really pay off. Luckily, he was able to get away from that situation while still being seen as just the nice, lovable dentist from a small town in Pennsylvania. Still, John's status as a floater has officially come to an end, but what can he do to start gaining some power in the house?

Now that John is trying to make the jump from floater and become an active player, he needs to start calling out targets and forming strategies. He has a pretty easy week ahead of him thanks to Becky's HoH, even though backdoor target Vanessa expects John to go up as a replacement nominee when the POV is used. John knows that his number one enemy is the remaining members of the Sixth Sense, and has told Becky that his goal for his first HoH is to put up the twins and backdoor Austin. Austin, however, remains clueless, as has said to the twins "If Johnny Mac wins HOH, why would he put us up, what's the point? He wouldn't put us up."

John's biggest strength is that other houseguests, like Austin, greatly underestimate him. Becky told Meg that "One of us could sit on the block next to Johnny Mac and win the game." which Meg agreed with. If everyone thinks that John could be an easy person to sit in the final two next to, then the other houseguests will be far more inclined to take him to the end. This is similar to the strategy that Victoria from BB16 utilized. The only difference is that John actually has an interest in playing the game. In John's pre-show interview, he stated that he was going to keep his status as a superfan quiet so that no one suspects that he knows how to play the game.

John's strategy of playing under the radar has guaranteed him a spot in jury if he's evicted, and there is no one (aside from Vanessa and possibly Shelli) who sees him as a major target. If it's gotten him this far, it's not unlikely that it could also get him to the end of the game. However, if John does decide to lay low and continue to quietly enjoy living in the house then we will at least still get great moments like this:

For everything else you want to know about Big Brother 17 , check out Bustle's podcast The Diary Room.