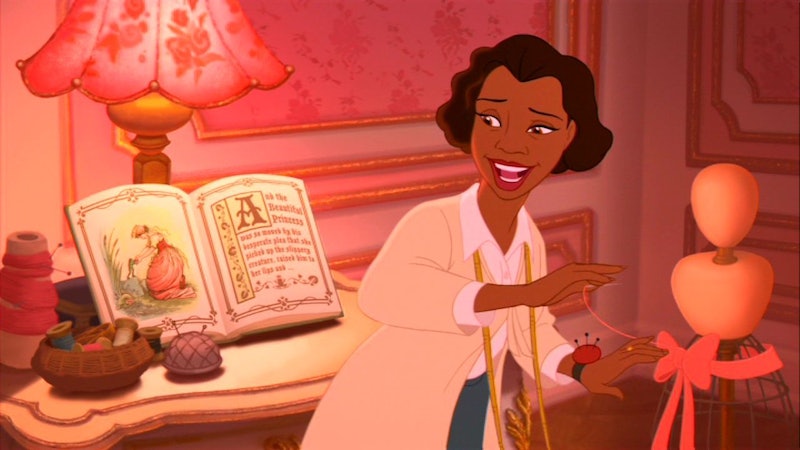 Have you ever realized that Disney films rarely feature mothers? Well, you are certainly not alone. Especially when it comes to princesses, there is rarely a queen on the other end helping her through some difficult decisions. Actually, when you think about it, these stories would have had quite a different ending if Disney princesses had moms. While there are some nurturing mother figures in these stories, most Disney movie moms are portrayed as vain and conceited stepmothers that only make life miserable for the princess in waiting. Good versus evil aside, though, all of these Disney moms have one thing in common: they have all had their own feminist moments. Yes, really. Even the evil ones.

Since the overall focus of these films is typically about a princess finding her prince, many Disney films have been scrutinized for their lack of empowering women. While stories such as Brave and Frozen have helped modernize the Disney princess narrative, there are quite a few feminist moments throughout even the most classic Disney films. Think about it: Mulan's mother Fa Li may have been traditional in wanting Mulan to find a husband, but she still spoke up when she thought her daughter was being mistreated by her father. There are feminist glimmers in these Disney movies, and here's where all the mothers rank, from lowest to highest:

Lady Tremaine may be the most wicked stepmother of them all. Obsessed with maintaining some sort of socialite status, she pawns her own two daughters off on the prince so that one of them might end up a princess and provide eternal wealth for the family. Even worse, her uncontrolled envy leads her to mistreat and abuse Cinderella.

Once we start reaching the villainous mother figures, there is a significant decline in feminism. Like most wicked stepmothers, Mother Gothel is more concerned with staying young and beautiful than anything else. Her obsession even goes as far as stabbing Flynn so that she can keep Rapunzel and her magic healing hair all to herself. And she calls herself a "strong, confident, beautiful, young lady!"

It's hard to judge the feminist moments of the Queen of Arendelle since she's largely silent throughout the entire film. However, it was completely clear from her quick action when Elsa accidentally froze Anna's head that she deeply loved her daughters, and would do anything to protect them, which is more than can be said for the former two mothers on this ranking. I just wish she'd told her husband how stupid his plan to isolate Elsa was before it, well, caused the plot of the film.

Queen Leah doesn't really get to show a lot of feminist qualities in her films. For example, in accordance with the times, she set up an arranged married for her daughter the day she was born. However, at least she sent Aurora away for years to keep her out of Maleficent's clutches, so at least she's a good mother — unlike many of the other mothers on this list.

As the OG villainous mother figure, the Evil Queen, is far more consumed with being the fairest of the land than actually ruling it. She even goes as far as sending a huntsman to cut out the heart of a young girl. Not great, EQ. However, while she might score pretty low on the Good Mother scale, and on the supporting other women scale, she does get points for ruling her kingdom alone with an iron fist. All the women who independent, throw your hands up at me.

Rapunzel's mother is shown to be very accepting of not only her daughter's desires, but of other people as well. After she reunites with her family, she takes Flynn Rider's hand and welcomes him into an embrace like he is part of their family, treating him as Rapunzel's equal after all he did to liberate her daughter and bring her safely home. Plus, she and her husband seem to be strong co-rulers of their kingdom.

While she is very traditional, she really does care about Mulan's well-being. She encourages Mulan to find a husband, but she also defends her. When Fa Zhou upsets Mulan by angrily telling her to learn her place during dinner, Fa Li confronts him about it before bed. In a time where women were expected to be obedient wives, this was very brave of her, and ultimately shows her tremendous love for her daughter.

She may have a king by her side, but don't be fooled, Queen Elinor runs this kingdom. While she may have put the needs of her kingdom before her own family, that all changes when Merida's enchanted cake turns her mother into a black bear. As the two work together to reverse the curse, Elinor begins to see her daughter for who she truly is. She eventually lets go of her perfectionist ways and grants Merida her freedom to be a queen without marrying a man in order to do so.

2. Mrs. Potts, Chip's Mother In Beauty And The Beast

Not only is she the mother of the cutest chipped tea cup in all the land, but have you ever noticed that there is not a Mr. Potts in the castle? As the head housekeeper Mrs. Potts takes care of all her kids and the castle all by herself. Even through all of that, she still finds time to sing one of the most iconic Disney songs ever.

1. Eudora, Tiana's Mother In Princess And The Frog

Even though she constantly encourages Tiana to find a husband rather than pursue a career, Eudora really just wants the best for her daughter in the future. Not only did she run New Orleans best seamstress on her own, but she also raised Tiana alone once her husband passed away. Who do you think imbued Tiana with that independent, hard-working spirit, hm?

Disney certainly has a lot to learn when it comes to establishing feminist mother figures, but we shouldn't discredit the already empowered moms from our favorite Disney classics — however few and far between they are.