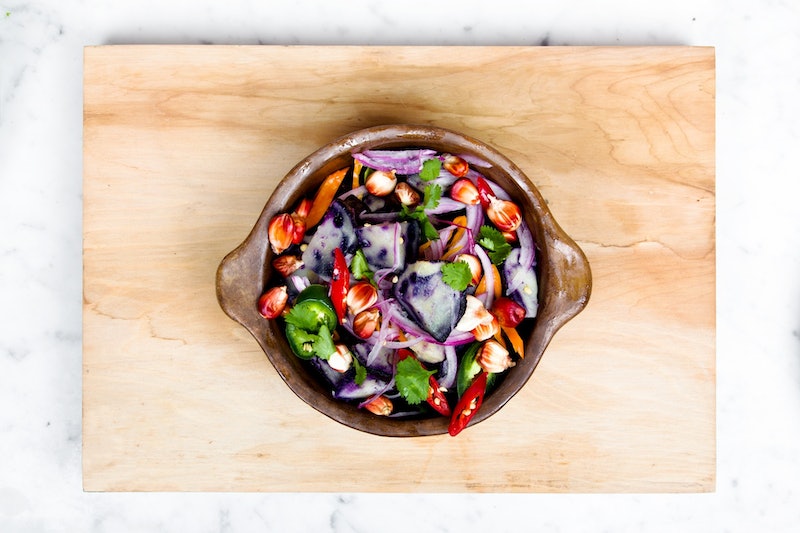 A couple of months ago I decided to make the transition to a vegan lifestyle. What made the change a heck of a lot easier for me was my collection of vegan cookbooks. I used many resources during my transition from vegan blogs to videos made by my favorite vegan vloggers to recipes found online, but I would say my most useful tools that helped me to experiment with new and exciting dishes would have to be my vegan recipe books.

Now I'm not saying you have to go out and spend a ton of money on vegan cookbooks in order to go vegan, I personally created my collection slowly but surely. Maybe you prefer browsing online to flicking through a book. I started my journey to a vegan lifestyle by looking online and following awesome plant based bloggers such as Ella Woodward of Deliciously Ella and Angela Liddon of Oh She Glows . It wasn't long after drooling over their delicious photos and learning vital information such as how to get specific nutrients into your diet as a vegan that I invested in Angela's cookbook and eagerly awaited the release of Ella's recipe book.

So if you're thinking of going vegan, here is a selection of books that might help you on your way.

1. Keep It Vegan by Áine Carlin

This was one of the first vegan cookbooks I bought and it's still the one I use the most. I find it seriously easy to follow and the recipes often don't call for too many ingredients. This recipe book made getting started as a vegan easier than I thought because it has quite a few dishes you can whip up quickly without spending hours in the kitchen.

Deliciously Ella was the first plant based blog I started reading. Her tone is really casual, positive, and fun and she comes across as a really genuine and lovely person. Woodward was suffering health problems before she went vegan and she felt her plant based diet gradually brought her back to her old self. This is a great recipe book if you're looking to improve your health as well as embrace a plant based diet.

3. But I Could Never Go Vegan! by Kristy Turner

This book is on my list of books to buy, not only because I've heard great things about it, but also the tagline, "You can live without cheese" really speaks to me, as I struggled a lot with giving up cheese at the very beginning. I think I was addicted to casomorphins found in dairy and I even caved in to my powerful cheese cravings when I initially tried veganism back in January, proving I should have purchased this book right back at the start.

This book was recommended to me by a non-vegan friend. Let me repeat: A meat and dairy eating person enjoyed this book so much that they wanted me to know about it. Its no nonsense style will definitely appeal to those that don't want to be placed into the hippie vegan stereotype box — but don't worry, hippie vegans, you are still very much adored by many folk of the world, including me! This cookbook proves that vegans aren't a certain "type" of person, which is really important.

5. The Oh She Glows Cookbook by Angela Liddon

Angela started her blog Oh She Glows to write about her recovery from an eating disorder. She began creating plant based recipes that she enjoyed and that her fast food loving husband approved of. Before she knew it, the blog was a huge success and she had released her cookbook. Although there are some items that may be unfamiliar to new vegans within this cookbook, Angela goes into great detail of each aspect of her cooking including what kind of equipment she uses to how to make homemade almond milk. If you wish to dive headfirst into a vegan diet and totally immerse yourself, then this book is a great tool to get all the basics right.

6. Vegan Sandwiches Save the Day! by Tamasin Noyes

The sandwich is a favorite food of many people across the globe. As an English gal, the sandwich was an after-school dinner staple and I always had one in my packed lunch. This book ensures you're never stuck searching for a sandwich filling again.

A vegan diet isn't all kale and tofu. Yes, it's important to eat a healthy, balanced mix of foods as a vegan as it is when you're on any other diet. Being an avid baker I was so pleased to find this little gem including such delights as Bakewell Tart Cupcakes, Victoria Sponge Cake, and Chocolate Brownies, proving that vegans can also have a decadent treat when they crave a bit of something naughty but nice.