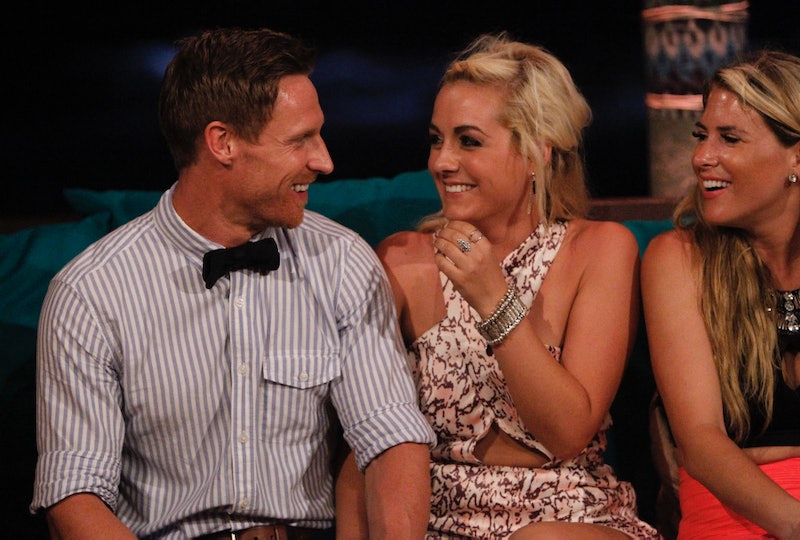 Real talk time, guys. As we discuss Carly and Kirk's adorable date on Bachelor in Paradise , let's try to stay away from from the unnecessary chatter about the night they spent together. It's easy to ask whether Carly and Kirk's overnight date lead to them having sex, but it's time to stop over-analyzing who's had sex with who in Mexico. Between the obsession with Ashley I.'s virginity and the supposed upcoming pregnancy scare that is probably a false edit, it seems like it's been the central focus of this season. Instead, I'd like to focus on how sweet Carly and Kirk are.

At the beginning of their date, Kirk expressed some fears about diving into a serious relationship right away. He was honest with Carly about it, telling her that it typically takes him awhile to officially declare himself as "in a relationship." He arrived in Mexico with the idea of becoming friends with everyone and then figuring out who may potentially be his soulmate, but things hit the ground running with Carly. Kirk told producers that he doesn't want to hurt Carly and he knows he needs to figure out his feelings STAT. After watching Joe take total advantage of Juelia, I really needed to see a guy act like a respectful human being. So thank you, Kirk!

Carly and Kirk's date started off low-key as they shared an adorable and sincere talk. It didn't take long for his feelings to become clear to him. It clicked for Kirk when Carly called her brother, who had just gotten married. Kirk recognized that Carly gave up a lot to be here (namely, missing her bro's wedding) and then expressed that, "I should embrace this. I need to ignore my fears and go with my heart."

After what Carly referred to as "the best date ever", the two checked into a hotel to extend the date. Let's take a minute to appreciate that these two are being sincere and are both on the show for the right reasons, and they really like each other! Let's focus on how cute that is, because, beyond that, what they do in the fantasy suite is really none of our business.