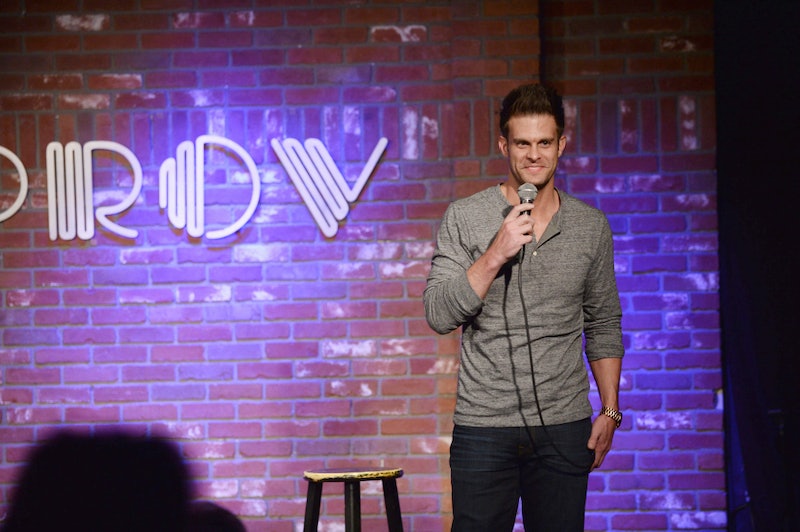 I am loving Bachelor in Paradise so far this season, as anyone with a true appreciation for beachside drama would. But what I am not loving? Joe on Bachelor in Paradise . From the beginning, he's been a total villain. It was bad enough that he took advantage of sweet, unsuspecting Juelia, who has such a huge heart and who missed out on time with her daughter at home to try to fall in love. And then, once Samantha (and his evil plotting) came into the picture? There was no forgiving him. Joe is the clear bad guy of BiP Season 2, and every episode, he's getting worse. However, he wasn't always this way. In fact, on The Bachelorette , Joe was always a pretty sweet guy.

All season long, and in all of his interactions with Kaitlyn, the 29-year-old was a total gentleman. He was always sweet to her, he (mostly) stayed out of the drama with Nick Viall, and he even confessed that he was in love with Kaitlyn, proving that he could be upfront and honest about his feelings. And through every date — most of them ridiculous — Joe played along, through the improv and the sumo wrestling and all of the other hoops that ABC made those poor guys jump through this time around. But then, it all changed.

Right after he told Kaitlyn that he loves her for the first time, she had to tell him she was sending him home, and he completely freaked out. He quickly turned nasty and was straight up rude to the Bachelorette — something that wouldn't happen if he truly loved her and wanted her to be happy.

Unfortunately, when Joe turned after Kaitlyn tearfully rejected him, that wasn't just his hurt pride. Those were his true colors shining through, and as soon as he landed in paradise, he continued to make that side of his personality known — but it makes it extra disappointing that he's being so careless with Juelia's feelings when I (and everyone else who watched The Bachelorette) know he's capable of being a way better person.

Joe, if you want to get back to the way you used to be ASAP, I'd be totally down with it. I miss that sweet, southern gentleman you used to be!