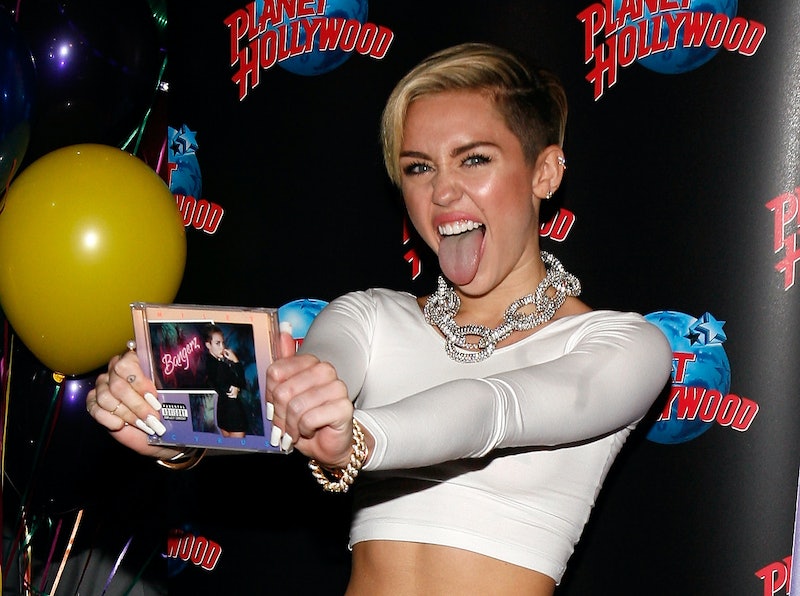 What do Pope Francis, Typhoon Haiyan, and the Harlem Shake have in common? They are all on Facebook's list of the top 10 global topics for 2013, which looks back on the biggest trends the social media network experienced this past year. The list was created by analyzing the total number of posts that mentioned certain topics, and the total number of mentions those posts generated. So congratulations everyone who shared or commented on all those think pieces about Miley. You all are the reason she was the world's seventh most popular topic this year. No, not just in the United States. The world.

The U.S. specific rankings, though, are strikingly similar to the rest of the world. In one sense, this is unsurprising since the U.S. does have more Facebook users than any other country. However, Americans are only about 14 percent of total Facebook users. Still, the U.S. also apparently cares about Pope Francis and the Royal Baby, though there were quite a few country-specific trends such as "Government Shutdown," "George Zimmerman," and "Superbowl." Also, surprisingly, the most talked about TV show was neither Game of Thrones nor Breaking Bad but Scandal . Way to go, gladiators. Oh, and Peyton Manning is the year's most talked about public figure. I don't even know what to make of that.

Overall, the lists are entertaining, though possibly a little creepy. I mean, I know Facebook goes over all of our data, but it's one thing to know that and another to really know that. Because even though these lists are compiled by massive, impersonal chunks of info, it's still kind of weird. Especially when you consider how often the government asks Facebook to hand that data over.

Yet seeing all the topics laid out is also...oddly fascinating. Because even though everyone is talking about how Facebook "isn't cool anymore" and is going to go extinct as young people snub it in favor of Twitter and Instagram, Facebook is still by far the largest social media site, with 1.16 billion active users. That's roughly 16 percent of the world's population. Lists like this are a small window into what, exactly, the world is talking about.

You can check out the full lists here, and you can also watch Facebook's "Year in Review" video below and get nostalgic about all that stupid Internet stuff you spent time on this year. Remember goats screaming like humans? Good times.