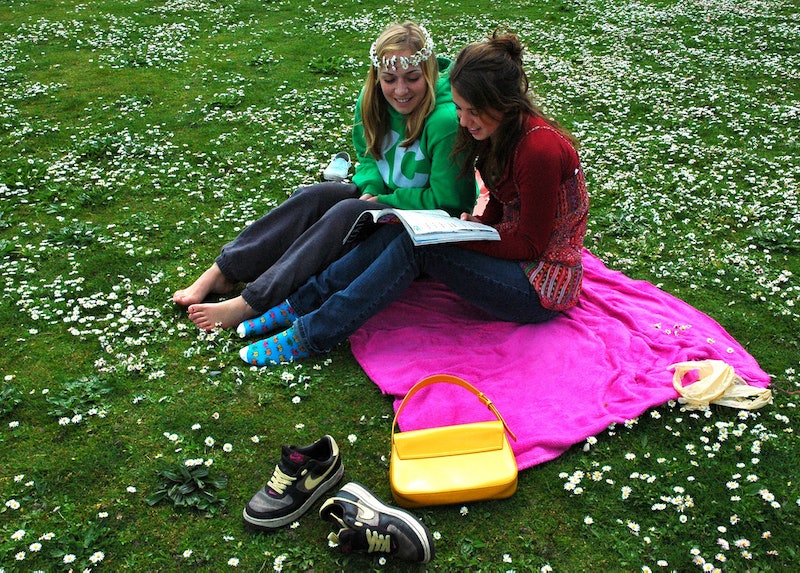 I know, I know. We are just more than halfway through 2015, so how could I possibly think that right now is the time to bring you a retrospective books list for 2015? Well, because this has been a great year for books, and next year will have plenty of fantastic titles for you to pick up, so you shouldn't wait until December to get started.

Brace yourselves, because I might be about to stun you. The youngest Millennials turn 20 years old this year. It's official: We are a 100 percent, all-adult generation. And, to be honest, this might be a pretty terrible time for us, at least as far as reading material goes. We're getting too old to see ourselves in the pages of high school stories, but a lot of us may not quite identify with stories about people with office jobs and families.

These books were selected with that conundrum in mind. Here are 11 books that will excite and engage you while remaining familiar. These are stories to make you laugh, cry, and think. If you have had to struggle to find any good books to read lately, add these books to your TBR and crack the spine on one. This is the 2015 reading list Millennials have been waiting for.

Between the World and Me by Ta-Nehisi Coates

I recommend this book to everyone. No, really. It's a short read, but jam-packed with history, philosophy, and melancholy. For the last two years, police brutality tragedies and failures of justice have wracked the country and dominated social media. In Between the World and Me, Ta-Nehisi Coates gives us a personal presentation of race relations in the United States that is somehow simultaneously rational and emotional.

Every morning, the girl gets on the train, stops at the same stop, and watches a couple eating breakfast. She enjoys watching them from afar, and she makes up identities for them in her head. When the wife of the breakfasting couple suddenly disappears, the girl on the train feels compelled to go to the police, setting off a chain of events to which she is inextricably linked.

Barbara the Slut and Other People by Lauren Holmes

This glorious story collection features an enlightened high school student who endures slut-shaming, an estranged daughter who's debating coming out to her lingerie-selling mother, and a woman to eschews an unwanted law career in favor of selling sex toys. If you haven't read much in a while, these are the funny, angsty short-reads you need to pull you out of your funk. You'll see yourself in these characters for sure.

In Binary Star, an anorexic teacher struggles to keep her life in control as she embarks on a road trip with her long distance, alcoholic boyfriend. In truth, the journey might be her last. The narrator documents her bodily deterioration from various eating disorders, comparing the resultant dilemmas to astrophysical phenomena as she wastes away. Binary Star is a dark, engrossing, and far-reaching tale.

As Ani FaNelli's impending nuptials grow closer to securing the life she's always sought, she must hash out the events of one fateful college night and all the havoc it has wreaked on her seemingly perfect existence. Luckiest Girl Alive is Jessica Knoll's exploration of today's upper-class women's culture in all its twisted glory. It's Gone Girl meets American Psycho, and you're going to either love it or hate it.

The Girl from the Garden by Parnaz Foroutan

In The Girl from the Garden, an elderly woman in Los Angeles recalls the series of events that destroyed her family years before. The Malacoutis are an Iranian Jewish family headed by Asher, a man so driven by his desire for a son and heir that he will go to desperate measures to get what he wants. Torn apart by these actions is Asher's wife, Rakhel, who struggles with her infertility and may go to her own extremes as a result.

Girl at War by Sara Nović

Girl at War follows Ana, a former child soldier attending college in New York, as she returns home to Croatia for the first time in more than a decade. Slipping back and forth in time between the turn of the last century and Ana's childhood in a war-torn Yugoslavia, Girl at War is the story of one young woman's struggle to relate to her family and friends after a perilous adolescence.

Modern Romance is comedian Aziz Ansari's take on Digital Age relationships, from social media to dating services. Among the first Millennials born, 32-year-old Ansari is old enough to remember what making romantic connections was like before Tinder made it possible to meet tens or hundreds of potential partners at the swipe of a finger, making him the Millennial dating guru we all need.

The Star Side of Bird Hill by Naomi Jackson

A depressed mother sends her two Brooklynite daughters to live with their midwife grandmother, Hyacinth, in Barbados in this coming-of-age story. The Star Side of Bird Hill tells the story of one family through its women: strong, weak, loving, and angry. It's a tale of culture-shocks, teen angst and romance, and family secrets laid open.

In Julie Iromuanya's Mr. and Mrs. Doctor , an arranged marriage brings together two young Nigerians living in Nebraska. The problem is, husband Job is not a doctor, but a dropout. His new wife, Ifi, agrees to keep his secret, but the return of his first wife may ruin their ruse.

Lizzie Pepper was America's Sweetheart, and her marriage to Rob Mars was a match made in Hollywood heaven. But trouble brewed behind the fast-moving relationship and over-the-top lifestyle, and now the Pepper-Mars marriage is over. Not to be outdone, Lizzie hires Hilary Liftin to help tell her side of the story in this fantastic metafiction from a real-life celebrity ghostwriter.