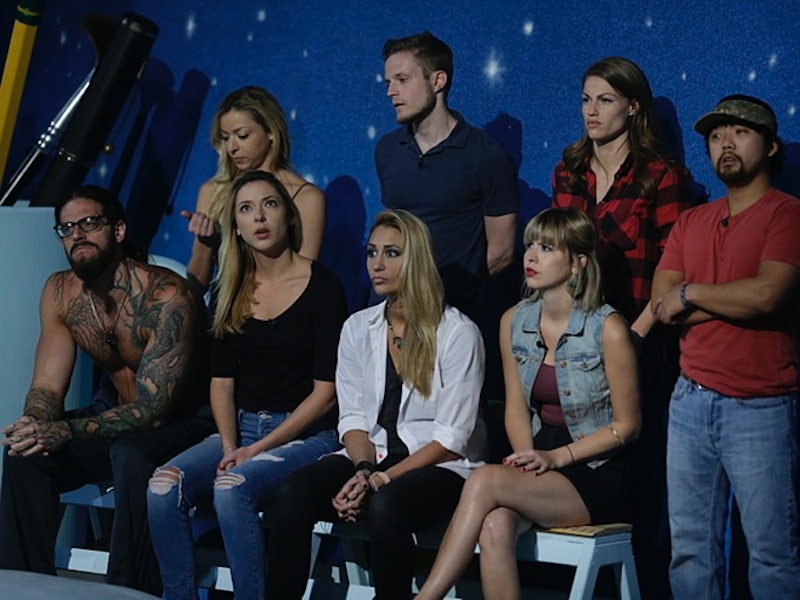 When it comes to Big Brother, the audience is just as much a part of the show as the houseguests. The houseguests are totally cut off from reality, knowing that we fans are out here watching their every move and, at times, they cater to us. When it comes to Big Brother, the live shows are just a small portion of the experience. The live shows only show a minuscule fraction of what goes on in the house and the full Big Brother experience relies heavily on the live feed audience and social media involvement. In a house full of crazy, the houseguests sometimes communicate with the camera and, by extension, the audience, as you can see in these 21 times Big Brother houseguests looked at the camera.

As an avid live feeder, it's always fun when the BB cast looks up at the cameras and acknowledges 'yes, we know you're still watching' or, even better, when a houseguests breaks the fourth wall to let the audience in on their scheming and manipulation.

We are so used to watching reality TV and seeing a distorted version of so-called 'reality' that production tries to pass off as being authentic. Big Brother, on the other hand, is based on this idea of total transparency and its beauty lies in its authenticity and refusal to hide anything from its viewers. Perhaps the reason Big Brother continues to be so successful is because of its sheer authenticity and desire to include the audience as participants in the show. Whatever the case, these 21 moments where the BB houseguests acknowledge the camera will make you laugh and remember just why you love Big Brother so damn much.

The Best Thing You've Ever Seen

The Houseguests Are Losing It

Can you really blame them?

Shelli & Clay Smile At The Camera

This is simultaneously alluring due to how beautiful they are and also very creepy.

And establishes themselves as America's public enemy #1.

Audrey Puts On A One-Woman Show

Audrey is a producer's dream.

Steve Puts Up A Fight

But the cameras won't let up

Mama Day liked to keep the live feeders up to date with her plans.

Jace Being A Sore Loser

Good luck with that.

And Liz's parents weep some more.

James & Meg Have A Conspiracy Theory

They just can't accept that Johnny Mac is just loved.

Audrey For The Win

She may have caused a stir in the house but she sure was entertaining to watch.

James Thanks The Production Gods

Life would be so boring for him without grandma Meg.

Steve Has An Intense Relationship With The Cameras

It's both weird and entertaining.

Meg Pops In On Steve

The Meg Show makes its debut.

Liz Is Stalked By The Camera

Being a camera operator for BB must be so fun.

Clay Gets Up Close & Personal

Oh, to be that camera.

Steve can get it.

Whether they're throwing shade at another houseguest, celebrating a victory, or talking strategy to the camera, the moments when the Big Brotherhouseguests acknowledge the camera (and the live feeders) are the moments where Big Brother feels the most authentic and inclusive. Let's just hope the housguests keep including us in on all the fun right to the very end.

Check out Bustle’s very own Big Brother podcast, The Diary Room. Listen to the latest episode below, and be sure to check out future episodes on Bustle’s SoundCloud page and iTunes.