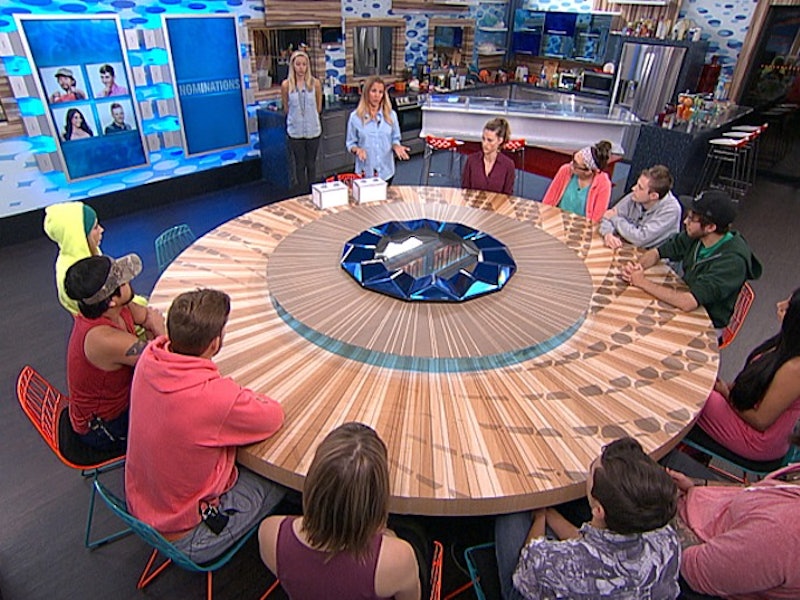 I'm just going to go ahead and say it: Big Brother is confusing AF. This is my first season watching Big Brotherand I am consistently floored by how complex the game is. I am constantly Googling to figure out what the heck the houseguests are talking about. Speaking of, if anyone knows what this 'days' competition that Vanessa keeps talking about is, hit me up. I was pleasantly surprised to find out that there are a lot of intricacies of Big Brother that most fans might not know, like these 11 surprising Big Brother facts that you probably didn't realize about the show.

Big Brother has so many rules and regulations, many of which you don't realize from just watching the show. Big Brother runs a tight ship and the houseguests have very particular stipulations which they have to live by. However, there are also a number of interesting details about the behind-the-scenes machinations of the house, like how the competitions are set up and how the houseguests re-adjust to life outside the house after the show wraps, that you might not have realized.

Check out these 11 BBfacts that might surprise you and you just might gain a bit more respect for the show. It takes a lot to make Big Brother the show we know and love and the more I learn about the show, the more impressed I am at how complex it is.

Production Plans Out The Comps In Incredible Detail

They even create 3D renderings of what the backyard will look like when everything is set up.

The Comp Crew Is Massive

There are around 100 people who pitch in to help create, build, shoot, and produce the competitions.

This should come as no surprise to you, BB fans. However, I bet you didn't know that production often brings in 18-wheeler tanker trunks to vacuum out all of the bubbles/water/various types of goo that often end up all over the backyard after comps.

Houseguests Were Evicted By Audience Votes In Season 1

Austin would've been out long ago if this was still the case.

Only 3 Houseguests Have Been Kicked Out By Big Brother

Out of 195 contestants, that's an impressively low number.

The Big Brother Concept Has Spread To 40 Countries

That just goes to show how addictive Big Brother is.

Hence all of the simple clothing worn by the houseguests.

If You Go On Big Brother, Your Job Will Most Likely Suffer

And I'm not talking about just because of the time you miss. According to Ragan Fox, most Big Brothercontestants suffer backlash at works thanks to crazy fans/live feeders who will go as far as contacting their boss to talk crap.

The Houseguests Make $750 Each Week They're In The House

This includes the jury house.

The House Smells Terrible By The End Of The Show

I can only imagine it's like living in a frat house that you can never leave.

The BB House Is Actually Tiny

I can't imagine how claustrophobic the house is at the beginning.

Check out Bustle’s very own Big Brother podcast, The Diary Room. Listen to the latest episode below, and be sure to check out future episodes on Bustle’s SoundCloud page and iTunes.