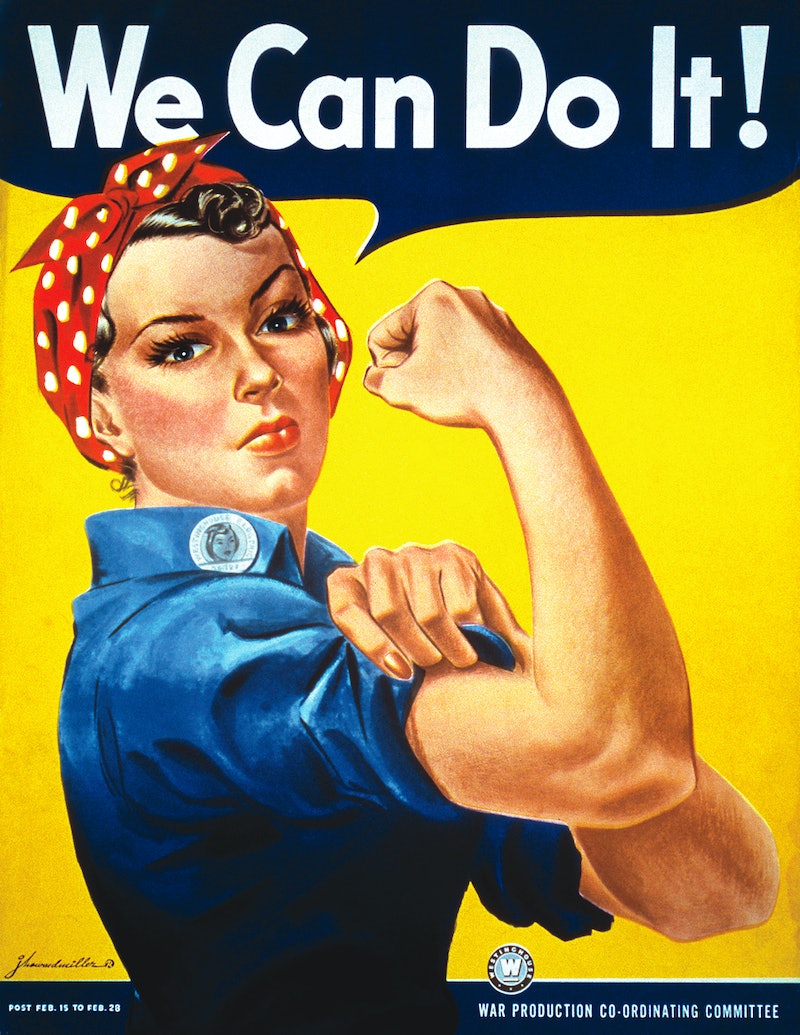 Rosie the Riveter is an iconic World War II image, one who still has the power to inspire today. So try to imagine not one Rosie but rather over a thousand — though in fact you don't have to imagine it. Over 1,000 women just broke the Rosie the Riveter look-alike world record in California, and the scene was just as glorious as you might picture.

Rosie the Riveter was used during WWII here in the United States as part of a campaign to encourage women to take jobs in the munitions industry. The image was based on a real-life munitions worker, and became one of the most iconic images from the era, as well as a symbol for working women at the time. The campaign was also hugely successful. Before the war, women made up just one percent of the workforce; by the end of the war women were 65 percent of the workforce (though sadly many lost their jobs once soldiers began returning home).

Nowadays, women working outside the home is a commonplace occurrence, but Rosie the Riveter, with her powerful biceps and trademark red polka-dotted bandanna, remains an icon, often used as a symbol of female empowerment and feminism. Women dress up as Rosie for Halloween or get her image as a tattoo. Beyoncé posed as Rosie just last year. She's even the namesake and mascot for New York's new WNHL hockey team.

And so when "Rosie Rally" in Richmond California announced they wanted to break the world record for most women dressed as Rosie the Riveter at once, people were understandably excited. Even more exciting: They've done it!

On Aug. 15, 2015, a total of 1,084 women from the age of two months to 97 years showed up dressed as Rosie, breaking the previous record of 776 people set in Michigan last year. Guinness officials are still verifying the headcount, but the organizers are confident that official word of their success will come soon.

And in the meantime, you have to get a look at the pictures.

Basically, if one of these events is ever happening in your area, you have to go.