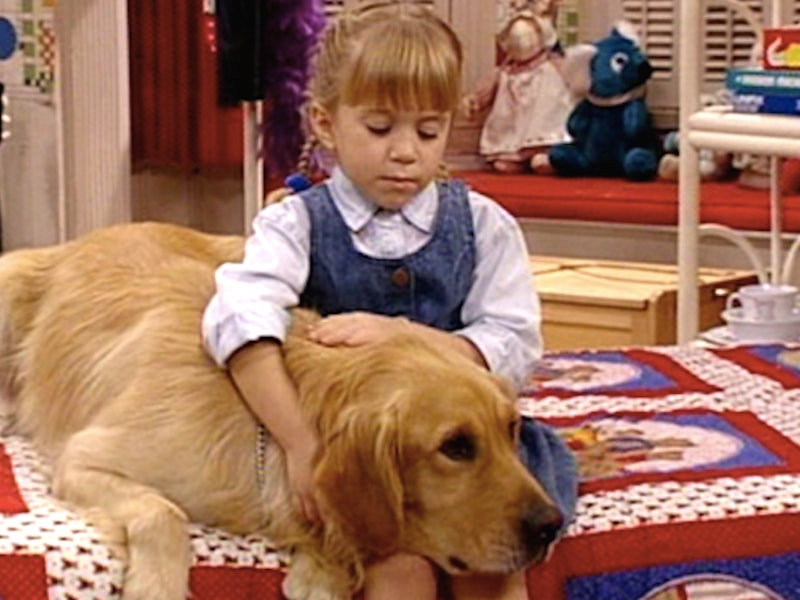 We got to see almost all our favorite Full House characters in Lifetime's movie on Saturday night. But, I have to ask... where was Comet in The Unauthorized Full House Story? Full House fans know that Comet was an integral member of the cast — and some of us (*raises my hand*) would go as far as to call him the show's MVP. But, the Lifetime movie focused instead on the off screen drama about the members of the cast that could actually talk, and had to worry about condensing decades of information into just two hours: Troubled relationships, jealousy among the cast members, and all that. I don't blame them for not being able to squeeze Comet in between all that. After all, he didn't have domestic troubles because he was a dog, and, if anyone was jealous of his success, he remained blissfully unaware of it. These are the advantages of being a golden retriever (one of the the cutest dog breeds ever).

But, just because he was absent from the Lifetime movie doesn't mean we don't know what Comet's been up to. At this time, Comet has not returned my phone calls requesting information on what kept him too busy to return to the small screen. But, I have a few ideas myself:

Full House fans know that no one can rock a hat quite as well as Comet.

Buddy, the dog who played Comet, went on to star in Air Bud ... and let me tell you, he was a super talented athlete.

Being Missed By All

I'm sure Comet would be glad to know he has such loyal fans.