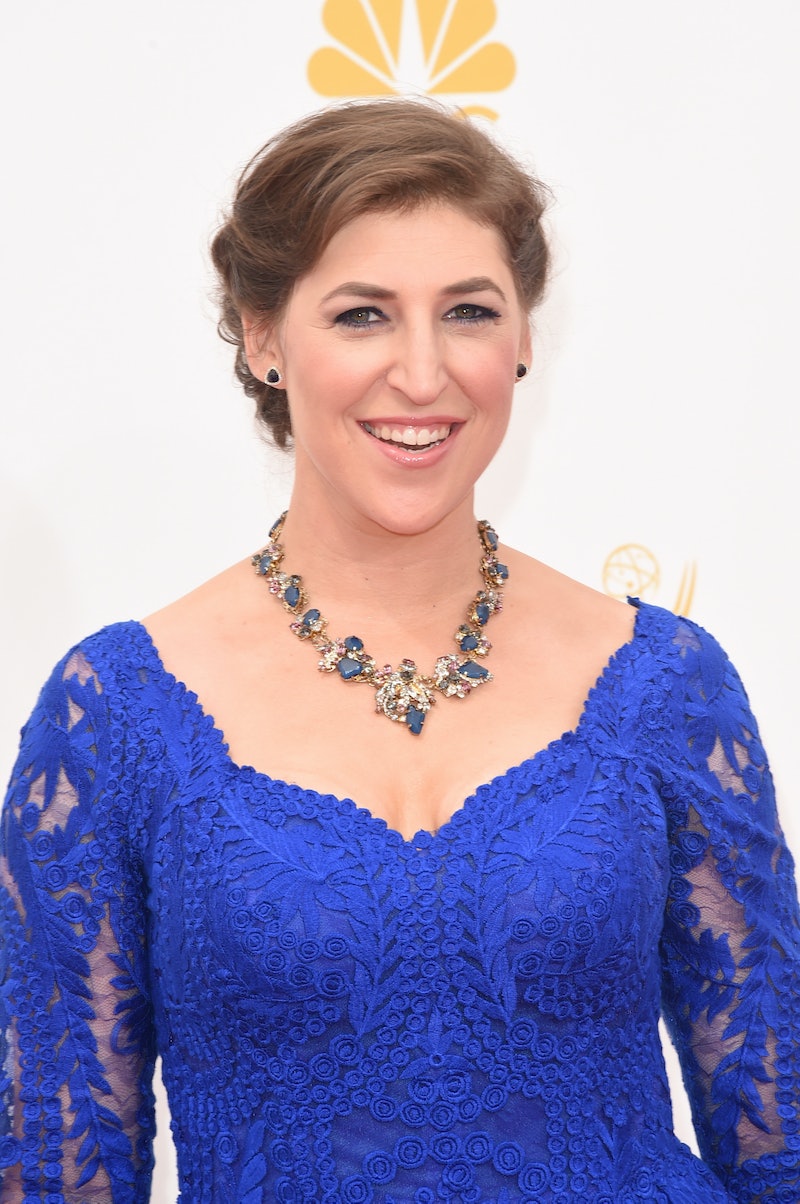 When it comes to stating her mind, The Big Bang Theory star Mayim Bialik has never been shy. Over the years, the actress has spoken up about everything from Cecil the Lion's death to her degree in neuroscience to Ariana Grande — she even took on Frozen , and you know she's brave if she voluntarily dissed the beloved Disney film. With religion especially (Bialik is an Orthodox Jew), the star has never failed to make her opinions loud and clear — but apparently, that hasn't come without some pushback. In an interview with Fox News, Bialik said that being religious isn't "trendy" in Hollywood, and that she's received a large amount of criticism for discussing her beliefs and Jewish heritage.

"I think in general it's never going to be trendy to be observant or religious in Hollywood circles," Bialik said. "There are people I know of faith and we tend to congregate together. I study Jewish texts weekly. That's something really positive to me when you're a person of faith, it stays with you all the time."

The actress discussed the negativity she's experienced due to her religion, both from people who don't understand how she can be both an observant Jew and a scientist ("A lot of people want to open up a conversation just to tell you, you're wrong," she said) and from those who criticized her for her support of Israel.

"I've gotten a lot of negative attention for visiting Israel," she said, referring to a trip taken to visit a friend in the Israel Defense Forces. "That’s what's amazing... simply by going to Israel this summer and saying nothing more than, 'I've gone to Israel,' I got the same amount of hatred and threats and anti-Semitism for actually making a statement trying to support people whether I like it or not are serving in an army."

"It really doesn’t matter what I support or believe," she continued. "The fact that I'm Jewish and go there is enough — that should be alarming to most people."

It's surprising to hear a person as high-profile as Bialik speak so candidly about her personal religious beliefs — but perhaps that's exactly her point. For the most part, religion is simply not discussed in Hollywood, and when it is, it tends to be nothing more than a star's Christmas plans or the adorable nature of an actor's family Easter Egg hunt. The few people that do make their religious beliefs known, like Bialik or Candace Cameron Bure, tend to face serious criticism from their peers. In an interview with People last year, Cameron Bure, then facing attacks for her modest outfits on Dancing With the Stars, opened up about the issue, saying that she had to "stop reading my own Facebook page because there can be so much negativity."

"As much as you want to try and explain your position to people, sometimes at the end of the day it is not worth it," the Fuller House star said. "I need to invest my time in my family and not trying to please everybody or getting them to see my own point of view."

Whether or not you agree with Bialik or Cameron Bure's religious views, it's hard not to sympathize with their statements. When your beliefs are in the minority, it's difficult to stay true to yourself and not feel ostracized from your community, especially when that community is the highly judgmental world of Hollywood. Yet both Bialik and Cameron Bure have stuck to their viewpoints and not let the negativity they've experienced affect them too intensely.

Bialik is brave for making the statements she did, and for holding so strongly onto her religious beliefs, despite the criticism she's faced, and will likely continue to face in the wake of her comments. Again, you don't have to agree with her exact views to respect what she's saying; regardless of their job, wealth, or prestige, people should be allowed to live their own truths and not face condemnation for it, as long as they're not harming anyone. Bialik's Judaism is a major part of her life, and she shouldn't have to be condemned for simply being who she is.