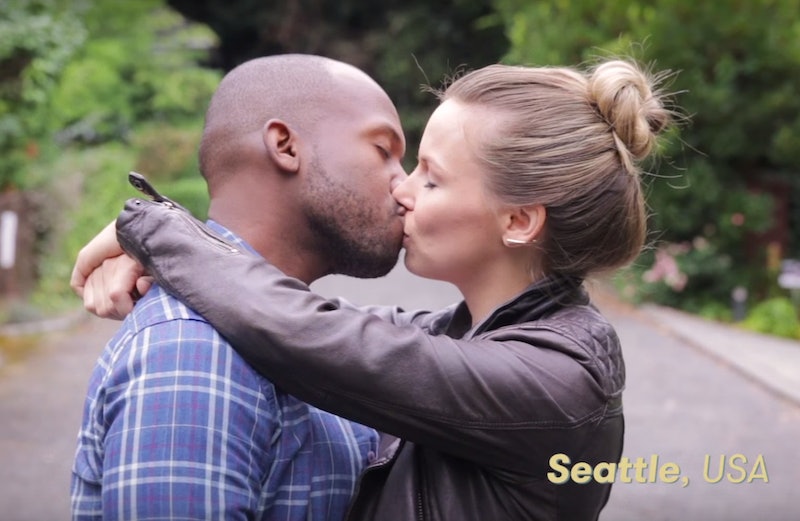 I like to think that after years of careful training, i.e., watching my beautiful sister and her equally wonderful boyfriend fall in love and restore everyone's faith in relationships over the past few years, my heart has become appropriately hardened to romance. Unfortunately, not even my cold, cynical soul can remain unmoved in the face of videos like Cut Video's "Kissing Around the World," which features, well, couples kissing around the world. Hey, I didn't say it was complicated, just adorable.

By "adorable," of course, I mean "incredibly romantic." Cut Video, producers of feels-fests like "One Word: Marriage," as well as the wildly popular "100 Years of Beauty" series, filmed 11 couples kissing in 11 different countries. Yes, the premise is a little sappy, but that doesn't mean the results won't give you a veritable ocean of feelings.

Unsurprisingly, some couples are a little shyer than others. The pair from Thailand endearingly chickened out a few times before kissing on the lips like everyone else, while the Italian and Colombian couples straight-up went for it in an admirable display of boldness. Seriously, I aspire to that level of devil-may-care attitude. Call me commitment-phobic (or, perhaps more accurately, blame America's Puritanical history), but I can barely even hold someone's hand in public without feeling like it's PDA.

All jokes aside, the video provides a fascinating look at attitudes toward kissing around the world. PDA is discouraged in some cultures, which is evident in the Chinese and Thai couples' initial hesitancy. On the other hand, that's assuming that kissing is a romantic act; in the majority of the world, kissing is actually seen as non-sexual. Romantic kissing is common in North America, Europe, Asia, and the Middle East, but research has shown that the rest of the world simply doesn't see it that way.

That doesn't mean kissing shouldn't be sexual, of course, but every culture displays affection differently. No matter how it's shown, though, this video is proof that love is love around the world.