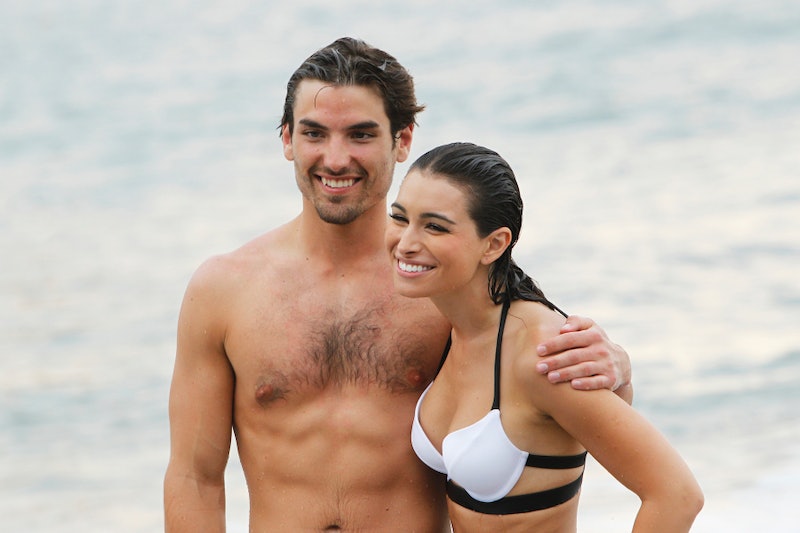 Welp, that was sad. On Sunday's Bachelor in Paradise Jared dumped Ashley I. and, to do so, he kind of insinuated that he was still into Kaitlyn Bristowe. First of all, why did he even go on BiP if he was still hung up on the ex-Bachelorette? And second of all, is that still true? Is Jared not over Kaitlyn yet? Was that just a way to get Ashley I. off his back? Either way, she took it so seriosuly that she called Kaitlyn and demanded answers. "What the f*ck did you do to Jared?" she asked, sobbing. "He's obsessed with you. He can't stop thinking about you." Kaitlyn seemed genuinely concerned, even asking Ashley if there was anything she could do to help the situation.

Well, I mean if Kaitlyn breaking his heart on national television and choosing another man to be her fiance wasn't enough, I'm not sure what would be. I don't know if Jared went on BiP to try and get over Kaitlyn, or if he was just using that line to try to soften the breakup blow with Ashley. (Classic "it's not you, it's me" situation.) But, since BiP has been done filming for a while now, I'm concerned. Where does Jared stand now with Kaitlyn?

Unfortunately, it's hard to tell. He hasn't commented on the scene from BiP on social media yet, and neither has Kaitlyn. But, as recently as the Men Tell All special, he was still working on getting over her. He said watching the show was hard, and The Cranberries were pretty much ruined for him after their romantic Irish date listening to the band.

Bachelor in Paradise was filmed pretty closely to the Men Tell All, so I don't blame him for still being hung up on her. Hopefully these days he's feeling better about things though. He deserves his own happiness. And, even though it's not with Kaitlyn or Ashley I., I'm sure the perfect girl is out there somewhere, just waiting for her own Love Man to arrive. (Yeah, never gonna let him live that down.)