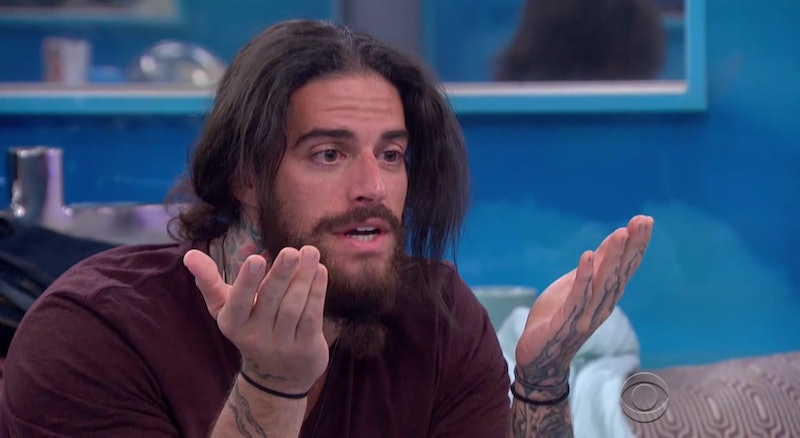 Austin and Liz's relationship on Big Brother is disturbing at its worst, and problematic at best. When he first came into the house, Austin made it incredibly clear that he had a girlfriend and that a showmance was not an option. Now, two months later, Austin and Liz's showmance is official is official and there is no sign of Austin's lingering feelings for his now apparently ex-girlfriend from outside the house. However, Austin had been making moves for weeks before Liztin became official, all the while knowing that his girlfriend would be watching. The only way Austin is able to maintain that he's still a good person despite cheating on national television is to make up a number of excuses that justify his actions. Unfortunately for Austin, none of those excuses against him cheating are very good.

Austin has told the house a variety of reasons that what he is doing with Liz is 100 percent OK even though he had a girlfriend when he came into the house. That logic might make sense after having spent over 60 days in one house with the same people, but in the real world there is no good reason to enter a relationship before having formally broken up with his girlfriend.

Here are a few of the justifications Austin has tried to use while in the Big Brother house.

Austin And His Girlfriend Broke Up After He Kissed Liz

There are a many ways to end a relationship. There are even a number of nice, considerate methods of breaking up which allow both parties to leave the relationship in a healthy way. "Kissing Another Girl On TV So That My Girlfriend, Whom I Haven't Seen In Two Months, Gets The Message And Knows That Things Are Over" is not a way to end a relationship, not even close. That's like sending a break-up text saying "I like other gurlz" and then throwing the phone in the river so there is no way the dumped person can respond. Austin may thinks that he has broken up with his girlfriend, but there is going to be hell to pay when he returns to the real world.

Austin And His Girlfriend Are In An Open Relationship

Austin Doesn't Actually Have A Girlfriend. It Was A Lie!

This is the most absurd reasoning that Austin has used to defend himself. There have been times in the house where Austin has claimed that his girlfriend was a lie, and that is was a strategic move. This makes absolutely no sense and it's the most disrespectful thing someone can do to their partner (as if cheating on national television wasn't disrespectful enough). Even if Austin is telling the truth and this is all some huge misunderstanding, what kind of person lies about having a girlfriend on national television? What is wrong with that person that causes them to make stuff up like that? Who would want to date that person?

Many of Austin's conversations about his ex are hidden because the live feeds tend to cut out whenever he mentions his ex-girlfriend (possibly because his ex-girlfriend didn't sign a release allowing her to be mentioned). No matter the truth, it's likely there is no good excuse for Austin's actions inside the Big Brother house. Not that he seems to care.

For more on the houseguests, check out Bustle’s very own Big Brotherpodcast, The Diary Room. Listen to the latest episode below, and be sure to check out future episodes on Bustle’s SoundCloud page and iTunes.