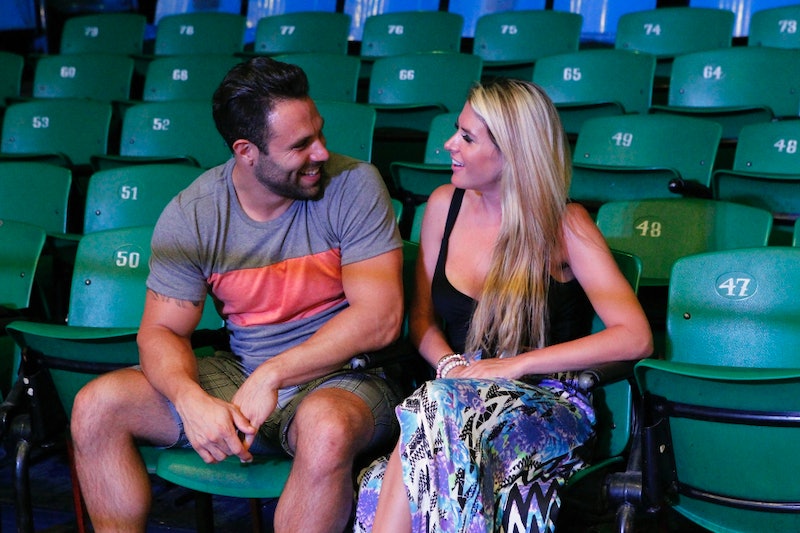 Just when we thought it was curtains for both of them, both Mikey and Juelia were given a second chance on Bachelor in Paradise . As Juelia tearfully prepared to leave Mexico after being completely used by Joe and betrayed by her former friend Sam, Mikey arrived back in Paradise. He had flown in from Chicago after Chris Harrison pulled a few strings. On Monday's episode, Mikey and Juelia went on their first Bachelor in Paradise date. Did you all know that Guadalajara is considered "the city of love"? Me either, but that's where they went! And, they had a Fantasy Suite to boot!

The first part of the date consisted of watching a wrestling match and Mikey commented that "I've never been on a first date like this. It's insane." Although beer and sweaty men aren't always the ultimate turn-on, both of them seemed to genuinely have a good time and be grateful for each other's company. Then the date took a decidedly sweet turn when they got the chance to hang out in the wrestling ring with just each other. Mikey reiterated that he's not interested in anyone else, and Juelia's the only reason he came back, while she told him he's a "real man."

Then, Mikey and Juelia were given two room keys and the option of staying in separate rooms or in one suite. Mikey left the decision entirely up to Juelia, and she opted to spend the night in the suite. While it's none of our business what happened during the night, these are two individuals who consistently behave like genuine, mature adults and it's great to see them connecting. Although I don't see a lot of romantic chemistry between the two just yet, I could certainly be wrong, and at the very least they've each made a loyal friend in Paradise. Plus, they definitely have good, natural conversations and friendship can often be the foundation for the best romantic relationships. And, at the very least, it was nice to see Juelia smiling after everything she's been through on the show.