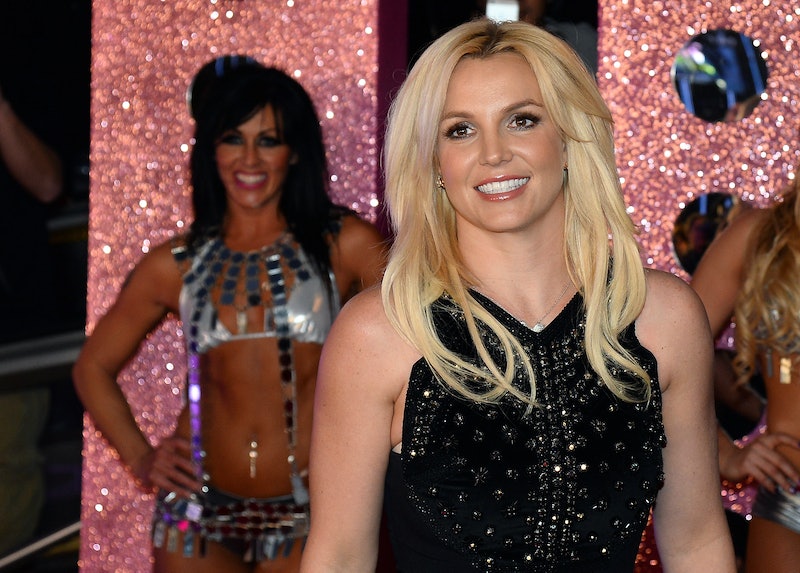 Britney Spears has a surprise, y'all. It's a surprise documentary on E!. And it's two hours long. And it's called I Am Britney Jean. Isn't that exciting? Doesn't anyone care about a surprise from Britney Spears anymore? She's one of the biggest pop stars ever and she has a surprise! Come on! What the heck is everyone talking about that they can give Miss Britney Bitch some love? Ohhhh... Beyonce.

As the entire world knows by now, Beyonce has just released a "visual album" of 14 songs and 17 videos and she didn't promote it or tell anyone it was coming. Everyone is talking about it. Beyonce and Christmas-related things are dominating Twitter and we all know Twitter is the standard by which great world events are gauged. By this measure Beyonce and Jesus are about even.

Britney Spears, on the other hand, was tweeting about a #BritneySurprise all morning. It riled up some of her fans, but not really anyone else. Turns out the surprise was a sneak peek at her new E! documentary which everyone — well, everyone who cares about this kind of thing — already knew was happening. So... I'm sorry, Britney, that's not that great of a surprise. Plus, you only started trying to make #BritneySurprise happen like an hour before you revealed the promo video. Plus, plus, Beyonce released a new album today without telling anyone and it somehow has more music videos than it does songs. This was just not your day, Brit Brit.

Really it's just not been her week or maybe even her couple of weeks at this point. First she called plastic surgery "fun stuff" which was kind of weird. Then she had a rather depressing reason for wanting a daughter. Now she just wants to share her #BritneySurprise and Beyonce (and the fact that it wasn't exactly a surprise) had to go and ruin it. I feel for you, Britney, which is why I'm posting your surprise below for the world (or anyone who isn't too busy watching 17 music videos) to see.