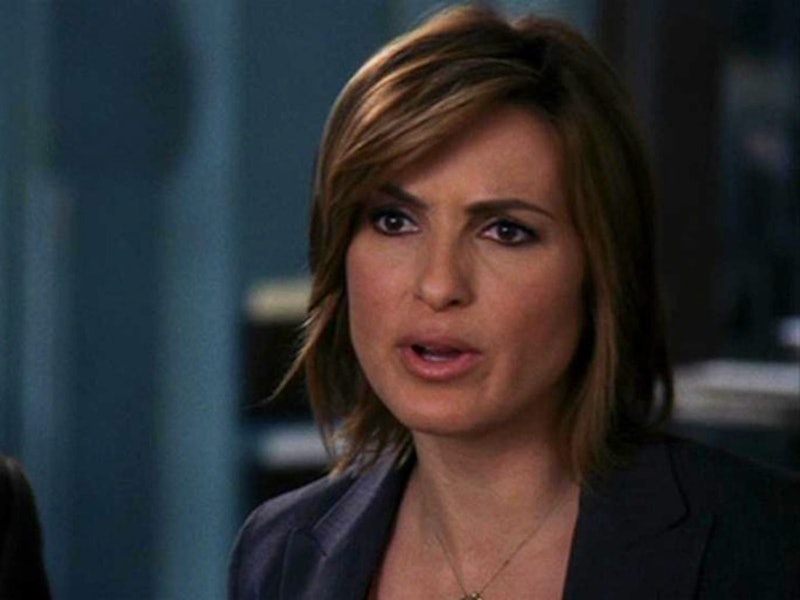 If you're anything like me, you've got a deep-seated dedication to and love for the '90s. It was, after all, the best decade for many things: snack foods (RIP, Dunkaroos), pop music, and yes, TV. The latter is especially close to my heart, given that I spent a LOT of time in front of our old television set when I was growing up, swooning over the abundance of amazing '90s female TV characters. Whether it's considered sad or not, much of who I am today can probably be linked back to what I watched when I was a kid, and the characters I idolized, whether in terms of their fashion choices or their cool, confident, badass attitudes in general. There's no shame in that game, either — there were some pretty awesome TV ladies that had lessons to teach in spades.

I've said it before and I'll say it again: they just don't make TV shows like they did back in the '90s. The advancement of technology has been great in a lot of ways, sure, but it's also made some of the ridiculous stuff we watched back then seem a little too improbable and/or dated to be possible in 2015. I miss the simplicity of the decade, and most of all, I miss some of the amazing TV ladies that decade brought us. Let us relive some of the big ones that no doubt made you who you are as much as they did me.

Without a doubt, no fictional character has had a greater effect on my personhood than Dana Scully. She was ridiculously brilliant, effortlessly beautiful, and stubborn as hell, and that just made her all the more lovable in my eyes. She was basically who I wanted to grow up to be, and while I'm not quite there yet, I'm going to keep trying!

Sure, MSCL was only on for one season, and it wasn't even a long one, but it still left a profound effect on teenage girls everywhere. I wanted so bad to be Angela and looking back, I'm not even sure why. Her life was just a typical teenager's, full of angst and unrequited love and confusion. I guess that's partly what made it so great... right?

Jessie Spano, Saved By The Bell

Admittedly, I sometimes wished I was Kelly Kapowski, just because she was popular and got to go out with Zack Morris. Deep down, however, I knew Jessie was the ultimate badass. She never let dudes get away with any funny business, no matter what. Watching Jessie not take anyone's crap gave me life, even as an adolescent who barely understood what high school was all about.

Do I even need to explain this one? We're talking about a teenage girl who was suddenly told she had to slay vampires and she totally did it! Not only that, but she was GOOD at it, and she wasn't at all overwhelmed by the fact that she had to stick wooden stakes into the hearts of living beings every night.

While it's safe to say that basically all three women from Friends were influential, none influenced me more than Rachel Green, who not only had the most bomb haircut that swept the nation, but she was hilarious and stylish and basically the best.

Sure, Clair was a mom, but (in the infamous words of Amy Poehler's character in Mean Girls), she was a cool mom. She was smart, accomplished, and raised kids that were respectful and upstanding members of society. I never really wanted kids, but if I did, I hoped I could be as good of a mom as Clair was.

Does Daria even need any introduction? The sarcasm, the moroseness, the apathy... she was the best. Not because anyone could really live like that long-term, but because being a teenager with a chip on your shoulder was the way to go, wasn't it?

This is a bit of a cop out (no pun intended) given that SVU didn't start airing until 1999, but it's worth it to make sure Benson is on this list. Yet another incredibly strong, independent, fiercely courageous woman who didn't take crap from anyone. If that's not something to be inspired by, I don't know what is.

Basically, I like to fancy myself as a bizarre combination of all eight of those women in one, and while I'm probably flattering myself way too much in saying that, I like to keep dreaming. You know you're the same.

More like this
24 Years Ago, 'Friends' Dropped Its Most Underrated Ross & Rachel Episode
By Grace Wehniainen
Netflix Reveals First Look At Wednesday In The 'Addams Family' Spinoff Series
By Bustle Editors
UK Viewers Will Have To Wait To Watch The Handmaid’s Tale S5
By Maxine Harrison
Here's What Jeffrey Dahmer's Dad Has Said About His Other Son, David
By Grace Wehniainen
Get Even More From Bustle — Sign Up For The Newsletter