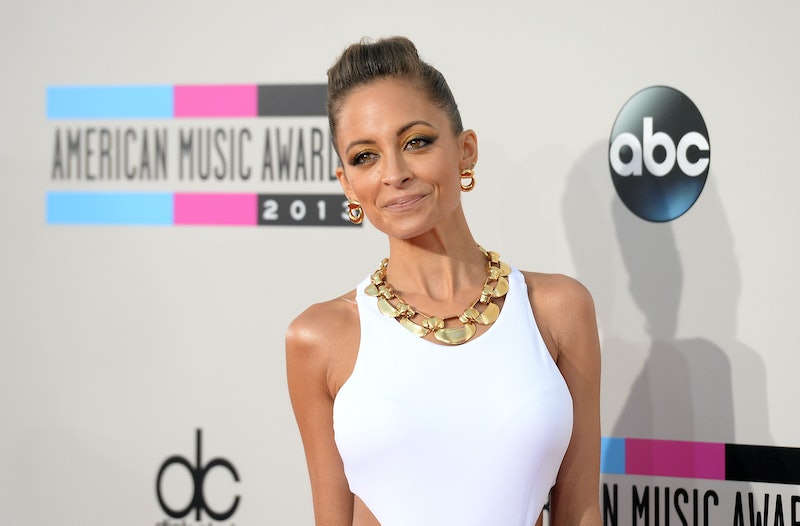 Here's your weekly burst of nostalgia — The Simple Life premiered on Fox 10 years ago on Dec. 2, 2003. How does that make you feel? The show that brought you your favorite 2000s' catchphrase —"That's hot!" — and ex-BFFs Nicole Richie and Paris Hilton into your living room is officially a decade old. Since it's final episodes in 2007, Richie and Hilton have made over their lives and got their shit together. Well, at least Richie did — Hilton is still trying to make that music career happen.

The best part about Nicole Richie growing up, marrying Good Charlotte band member Joel Madden, having two adorable kids and launching a successful fashion line is that she's still got her top-notch sense of humor and one of the best Twitter and Instagram accounts because of it.

Self-depreciating, sarcastic, and off the charts hilarious Richie is probably one of the funniest celebrities to follow on social media because another thing that hasn't changed about her — she doesn't give a shit what you think. And that's hot (and really awesome.)

Here's the funniest social media moments Richie's posted that prove she's still as funny as when she agreed to actually appear on five seasons of The Simple Life.

When she forget she was married to an adult twin.

This caption about her parents.

You know you love Heartbreakers...

When she dressed as Danny DeVito for Halloween.

When she asked this question:

And last but not least, she made a joke about her own tramp stamp:

Keep on, keepin' on Richie. We love you.

More like this
21 Funny Memes To Text Your Dad On Father's Day
By Chelsey Grasso, Syeda Khaula Saad and Siena Gagliano
Will Beyoncé Be At The BET Awards To Perform “Break My Soul” Or Attend The Show?
By Jake Viswanath
Fans React To Kelly Holmes’ “Extraordinary” ITV Documentary
By Sam Ramsden
Winter 'Love Island' Is Officially Coming Back & Twitter Has Thoughts
By Sam Ramsden
Get Even More From Bustle — Sign Up For The Newsletter