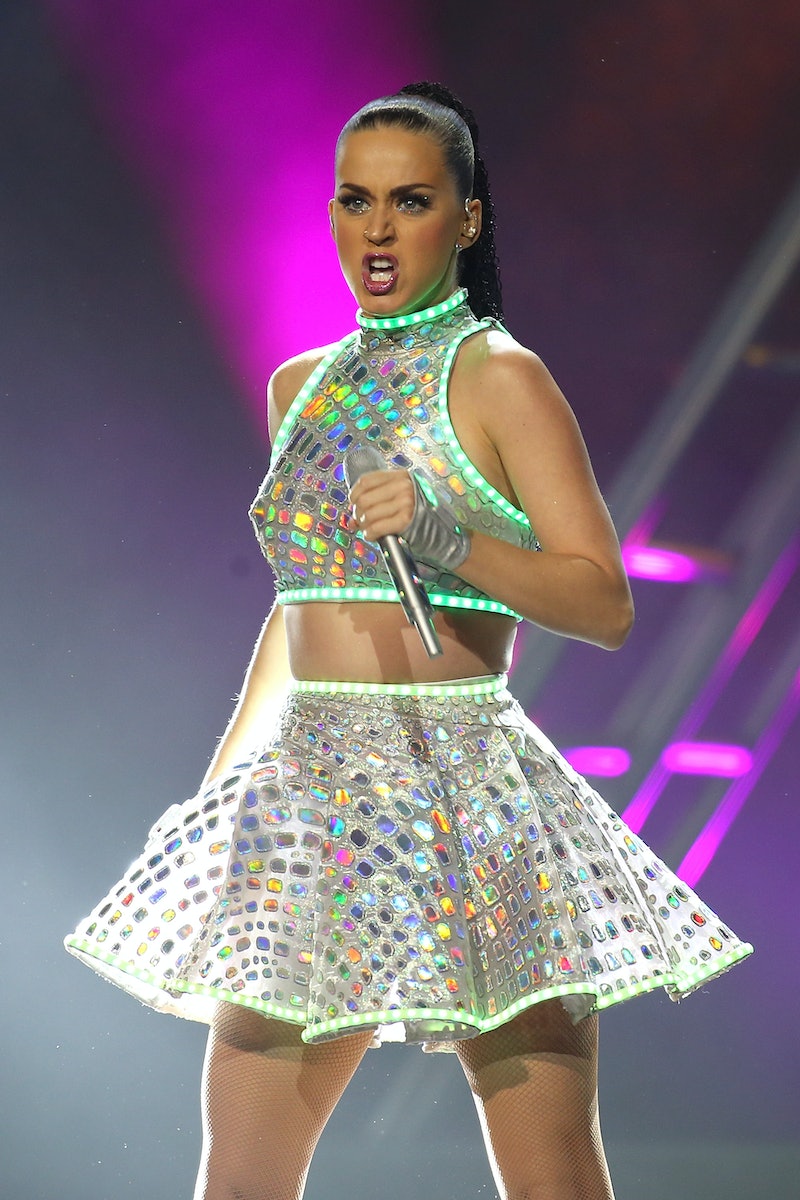 Need more Katy Perry in your life? You're in luck! Perry is releasing The Prismatic World Tour Live concert film, which means you can experience all the glory of her live shows again and again. Perry's new album is expected to arrive before 2016, so this could be the bookend to her Prism era.

According to Idolator, the movie will be available on DVD, Blu-ray and digital download on Oct. 30. The tracklist is as follows:

With so many tracks, it's clear that the film will consider Perry's career beyond just her most recent album, Prism. However, I can't help but wonder if this means she's gearing up to release her next project. After all, her last movie, the Katy Perry: Part of Me documentary, was released more than one year before she dropped Prism.

One thing Perry excels at is rebranding herself with each album. The first full-length project she released under her stage name, One of the Boys, was a pop-rock piece that established Perry as a provocateur. Teenage Dream took a more playful turn, using tongue-in-cheek metaphors to describe falling head over heels in love. With Prism, however, she was inspired by finding positivity in a dark time, telling the audience of her release party that "All the light hit me and it influenced the songs."

There's no telling how her image will evolve for this album, although since Prism she's performed during the Super Bowl half-time show, announced an iPhone game, possibly gotten back together with John Mayer, and reportedly registered a track called "1984." There's no indication how this will affect her sound, although Perry has arguably matured and grown, so I wouldn't be surprised if that's reflected in the new music. Furthermore, there's no doubt that the '80s are making a massive comeback, so it's likely that Perry will experiment with those influences as well.

Whenever Perry does decide to release her next album — and I'm crossing my fingers that it happens before the end of 2015 — fans will be more than ready to hear it!