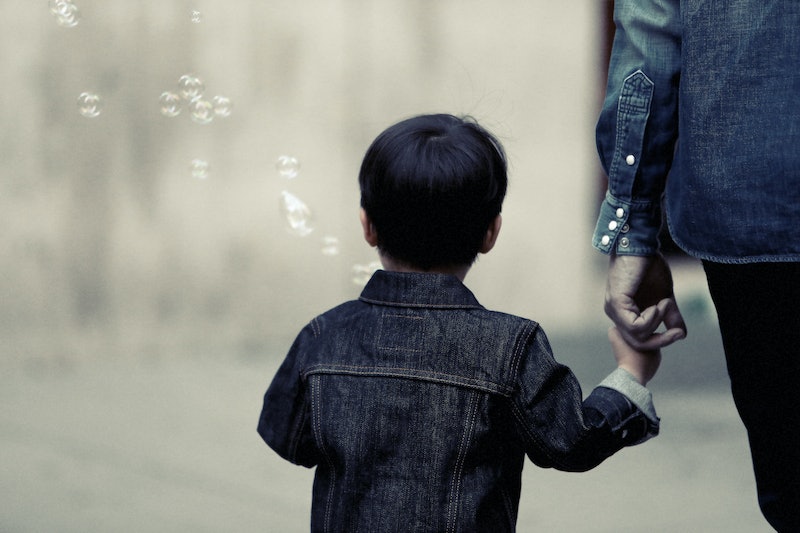 The cost of raising children until they're 18 and supposedly independent is no small thing, so perhaps it makes sense that the Spanish government is paying women to be mothers. In an effort to compensate mothers for the cost that comes with just being a parent, working women who have two children and live in Spain will get a raise on their pensions by about 10 percent, while working women with four children will see a raise by about 15 percent. Does anyone else think the United States could stand to learn a few lessons from Spain's new policy?

According to the U.S. Department of Agriculture's estimates, it will take American families about $245,340 to support and raise a child born in the 2013 until the age of 18, when the child is legally an adult. That's a lot of money, especially in multi-child households. Can you imagine what a 10 or 15 percent boost to your retirement fund would do for you? Hint: A lot. That's what. And yet the United States still falls short when it comes to supporting parents in comparison to a huge variety of places — for example, it's the only developed country that still doesn't guarantee paid parental leave.

It's likely that there's an ulterior motive behind Spain's new policy; the fertility rate in Spain is about 1.3 births per woman right now, which is about 0.7 shy of the number of babies most countries want to produce in order to support the population. A pension bonus for working mothers is certainly an incentive to have more children — which, in turn, might help the population problem.

But Spain isn't the only country paying for people to be parents; these four other places also provide financial benefits to their parental population.

Birth rates in Denmark are the lowest they've been in 27 years, so the Danish government has created a campaign called "Do It For Denmark," which essentially encourages people to have more sex and reproduce. Though having a baby won't add to your pension, the government has suggested providing discouts to couples for romantic getaways — which, hopefully, will result in those couples having lots of sex. If you can prove to the government that you got pregnant on said romantic getaway, you could win a three year supply of baby stuff and another vacation, but one that's more child-friendly this time.

Plus, the "Do It For Denmark" ad has the added bonus of including non-heterosexual couples and women who can no longer conceive due to menopause. Though these couples' chances of winning the "We went on a romantic getaway and got pregnant!" competition, they're still encouraged to participate — if you know what I mean (wink, wink, nudge, nudge).

The Kodomo Teate Law in Japan grants 13,000 yen a month (equivalent to about $108) to parents with children until the child is 15. Japan's fertility rate, which is about 1.41 births per woman, slowly declined from the '70s to the early 2000s, and then started to increase again right around 2012, when the law was implemented.

The Swedish government grants parents a monthly "allowance" of 1050 Swedish kronor per month — about $150 — until the child is 16. This policy was enacted after World War II, since Sweden was one of the countries with a shrinking population in the wake of the war.

If the policies aren't abused, government spending to help parents raise children can be extremely beneficial, especially to socioeconomic classes who may not be able to afford to do so without assistance. Of course, encouraging people to have more babies might result in an overpopulated world — which is possible not the best idea — but that's a whole different article entirely.

More like this
25 Quotes About Love To Share During Pride Month 2022
By Madeleine Aggeler and Emma Garza
How To See The Lunar Eclipse On May 15-16, 2022
By Kaitlyn Wylde
What The History Of Pride Month Means For Celebrations Today
By Jay Polish
Meet The Spice Company Founder Who Sees Chai As A Metaphor
By Madhuri Sathish-Van Atta
Get Even More From Bustle — Sign Up For The Newsletter