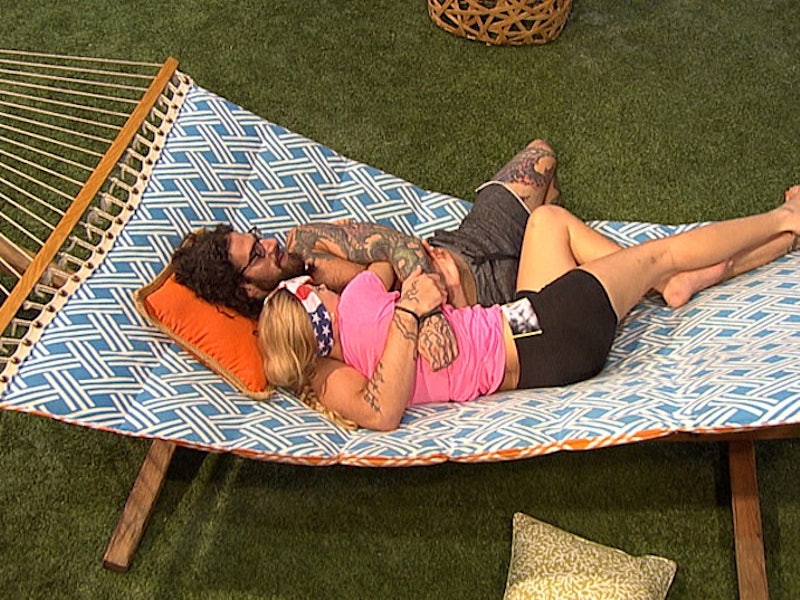 There are many things to love about this season of Big Brother - Gronk the Shark, Meg's Grandma glasses, Johnny Mac's DR screaming. There are also lots to dislike about this season, namely Liztin. Despite what Liz and Austin might believe, the BB audience isn't too fond of America's most obnoxious showmance and the Liztin dislike stems largely from how their relationship began. Austin's girlfriend-hopping has been frowned upon by BB fans far and wide and that's putting it lightly. Part of the problem is how Austin dealt with the situation. As you can see in the timeline of Austin's excuses about his girlfriend, he can't seem to get his story straight, thereby making his betrayal all the more reprehensible.

If Austin's story was consistent, his abrupt abandonment of his girlfriend (and morals) would still be problematic. However, his constant backtracking makes him seem even sketchier and Liz is not excused from the questionable behavior either. Furthermore, I'm not sure why Liz is so eager to accept Austin's proposal because as the old adage goes, if he'll cheat with you, he'll cheat on you.

Whatever the case, Austin and Liz are bad news all around, both as far as reputation and Big Brother gameplay goes. Only time will tell in seeing how they fare on the block.

Pre-BB - Austin Writes A Love Letter To His GF

Oh how quickly he goes back on his word.

July 15th - Austin Needs To Clear The Air With Liz

Time to tell her the truth (whatever that may be).

July 25th - Austin Talks About Being Trapped With His GF

He didn't hesitate to throw her under the bus.

A moment that made BB-fans around the world cringe.

This is one of my favorites of Austin's excuses. Just because you're on TV doesn't mean that making out with someone else qualifies as a 'break up.'