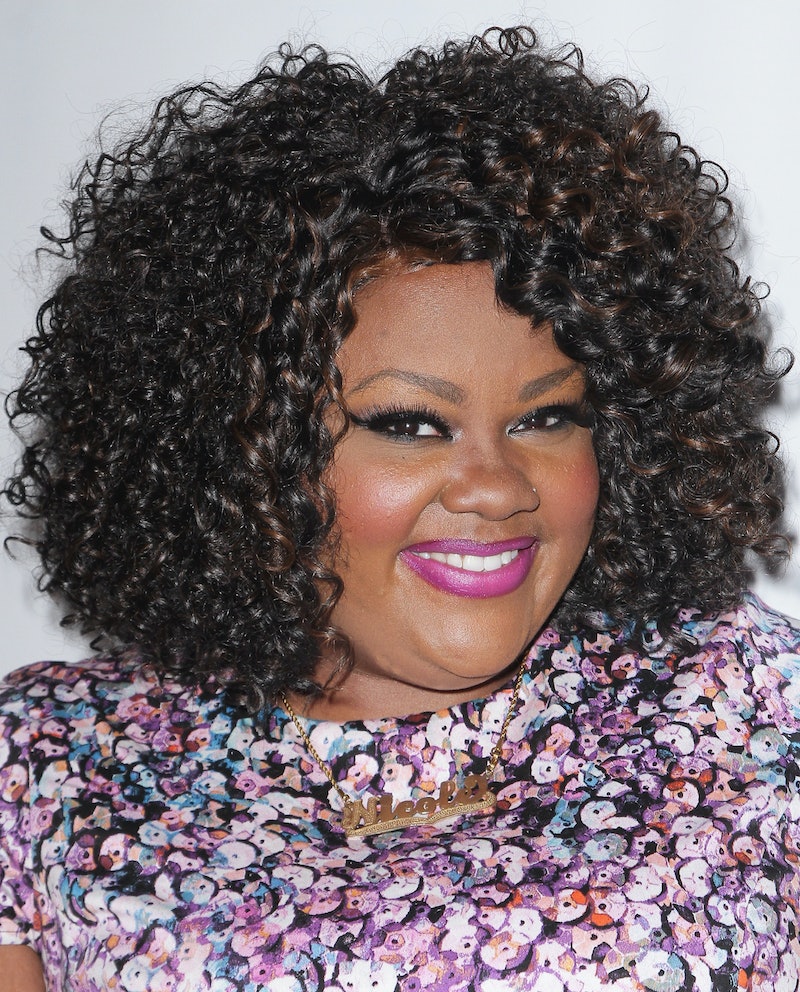 is Nicole Byer about to become the Queen of MTV? It sure seems that way: Deadline reported on Tuesday that hilarious young comedian and UCB alum Byer booked two new shows on MTV, the channel where she's already a beloved talking head on Girl Code. One of her two new shows will be scripted, and the other an unscripted half-hour of pranking (like a Punk'd! revival, but lady-helmed). If you're not familiar with Byer, you should familiarize yourself, because she should be one of your favorite new comedians, and it's high time that she became a star.

MTV ordered four new "female-centric" shows, according to Deadline, and Byer is in 50 percent of them. Ladylike will star Byer and other Girl Code stars taking it to the streets: "With attitude and irreverence, our cast will challenge social norms and unleash uncompromising and ridiculous situations on the unsuspecting public." And what is currently only known as The Untitled Nicole Byer Project (which is pretty ballin', to be the unofficial title), will be a sitcom with Byer as the star playing a city girl whose New York apartment burns down, forcing her to move in with her sister and family in the suburbs.

It's a well-deserved double-whammy of a win for Byer, who has been unleashing her hilarity for years and is finally getting her due. I've had a crush on Nicole Byer for quite some time, but here are some more reasons to love her.

1. She Called Out Racism In Hollywood

This one bears repeating, and even newbies to the stand-up world have probably seen it: Byer's viral video about having to "be blacker" in auditions. Co-written with friend and fellow UCB alum Sasheer Zamata, Byer stars in the video where she goes to an audition and is told to "turn up the blackness." She's got a blunt and confrontational comedy, which is why it's so exciting that she'll be starring in Ladylike, Girl Code, and a new sitcom; she should have as many platforms as possible to showcase her comedy that isn't afraid to tackle race and womanhood.

Not hating on the rest of the cast of the MTV show, but Byer is clearly the breakout star. She'll understand you, like when she explains just what is so infuriating about close talkers.

3. She'll Dance On The Subway For A Laugh

It's showtime... with Byer in the best episode of her amazing web series, "Subway Dance." You should definitely watch her web series, The Pursuit of Sexiness, which Byer worked on with Zamata, the other fiery UCB alum that joined the cast of Saturday Night Live in 2014 — becoming the first black woman on the cast since Maya Rudolph left in 2007. Byer also auditioned, and, now, with these two new MTV shows, one of which is designed as "a vehicle" for her specifically, maybe Lorne Michaels will hit her up to come back (though she might be too busy). Broad City got picked up from a web series, so I want full episodes of The Pursuit Of Sexiness, starring Nicole and Sasheer as two best friends trying to navigate life as women of color in the city, and, as they constantly remind us, things don't go exactly as planned.

4. She's Not Afraid To Get Racy

Another hilarious episode of The Pursuit Of Sexiness, which tackles the sexy times.

5. She'll Make You Love The Villain

One of the best things about Byer is her originality, and her ability to provide thought-provoking and topical commentary about just how twisted this world can be. And, in this video from Above Average, where she stars as Ursula, the most misunderstood of the Disney villains, she'll make you sympathize with her when she gets to Heaven and starts schmoozing St. Peter.

Byer has done it all at this point: web series, stand up, a Twitter that's always on point. She is a UCB alum from Los Angeles, and she's about to start a new sitcom and a new prank show. She even has the ability to do amazing bits all on her own, like at the NewNowNext Awards, when she "auditioned" for Orange Is The New Black and How To Get Away With Murder.

It's exciting to see a talented, young, black female comedian book two new shows on a huge network like MTV. And the channel that "doesn't play music videos anymore" has actually been a successful launching pad for several successful comedians — remember Aziz Ansari's outrageous, crass sketch show, Human Giant? That was an MTV show. And several other comedians, including even the man himself, Jon Stewart, had some of their humbler beginnings on none other than the Music Television Network. A huge congratulations to Nicole Byer, who somehow still finds time for UCB — so if you're in Los Angeles, you should check her out live in one of her upcoming performances.