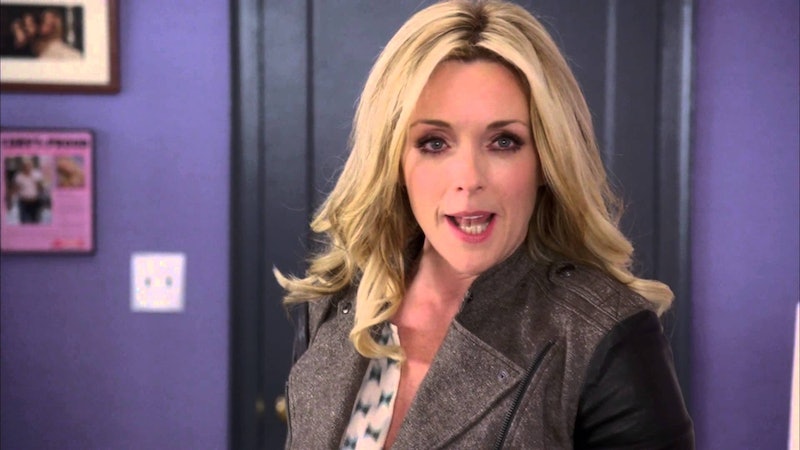 The only thing that is worse than a musical theater nerd is EVERYBODY ELSE ON THE PLANET EVER, because (plot twist) we are actually the best. We are the best at following our bliss, the best at conquering our infinity fears, the best at being ridiculously and at times painfully shameless. We are so alternately fearless, ambitious, and community-oriented that the Sorting Hat would just rip itself up at the seams if it tried to put us in a Hogwarts house. I'm not just saying all these nice things about musical theater nerds because I am one ('sup), but because I feel like I have to butter up all the musical theater nerds reading this before I expose our dark truths and rip us all to shreds.

Because here's the thing: we are one adorably, charmingly MESSED UP bunch of humans. We are basically professional second guessers — which is entirely necessary, since we have to hold ourselves to high standards if we want to improve, but also a huge source of the WTFery that is our deranged inner monologue. Our families and friends might accuse us of being insecure every now and then, but those glittering, innocent jelly donuts of humans have no idea just how twisted our brains actually are. Here, the paranoid thoughts that all diehard musical theater people have had, will have, or are definitely having right now (so help us god):

Ariel can sit her scaly butt down, because she doesn't even know your struggle when you waking up sounding like a chain smoker on opening night.

"What If Every Part I've Ever Gotten Ever Was A FLUKE?!"

All those cast lists were accidents. They confused my name with somebody else's, or I pulled a "Smelly Cat" and sounded really soulful on the audition day because I was sick, or I was BODY SNATCHED WITHOUT REALIZING AND NOW I AM A TALENT-LESS PIECE OF NOTHING. (This is actually a thing, and it's called imposter syndrome. Educate yo self.)

Lick a toilet with my bare tongue, run across a field of LEGOs, set myself on fire ... Oh, sorry. Just busy listing things I'd rather do than hear my voice on a recording EVER AGAIN. (Don't worry, if you feel like this you are far from alone — we all sound higher on recordings than we do in our heads, and we all weirdly hate our own voices.)

"OMG, I Just Wished Someone Good Luck And It Sounded So Fake."

There is no way to not look like a Fake Ass B*tch in an audition scenario. Whether you're talking to your BFF or a total stranger, every interaction you have in the holding room might as well come with a built-in pitch slap. (Get it? Cuz we sing? I'm done, I'm sorry, help.)

"Was That Too Much Vibrato? Too Little Vibrato? What Is Even A Vibrato Who Am I Oh God"

Overthinking vibrato like it's 1832 and your name is Cosette. (BURRRN.)

"That Casting Director Hates Me."

"That Casting Director Wishes I Had NEVER LEFT THE WOMB."

You: Thanks so much, have a great day!

You: Let me be swallowed into the darkest depth of hell.

"Does Everyone Secretly Hate Me For Going On Vocal Rest?"

Carrying the whiteboard around makes you feel mysterious and chic for the first two seconds, but after that you are certain that everybody secretly thinks you are the World's Biggest Diva, second only to Miss Piggy herself.

Everyone has That Leg. The one that starts inexplicably quaking in auditions or mega performances like the traitorous monster it is, and then won't stop shaking, because apparently, just like you, it thrives on all the attention.

"Does Everyone Regret Casting Me?"

"If I Tell Someone My Audition Song, Are They Secretly Going To Steal It Forever And Then Use It To Get Cast In The National Tour Of Wicked?"

Asking to look at a stranger's "book" in an audition is basically the emotional equivalent of asking if you can watch them pee. We all have that ~one song~ we fiercely protect with every fiber of our being (which is six kinds of ridiculous, since everybody and their dead uncle can hear you singing it through the door).

And now Aaron Tveit will never marry me.

Not so paranoid a thought, actually, because a full grown man once used his hands to physically knock me down into the cement for a glimpse of the top of Daniel Radcliffe's head. (In his defense, Dan Rad has a swag-tastic head.)

~Nobody needs to know~.

"Is That Perilously Perched Extremely Heavy Set Piece Going To Fall Down And Crush Me?"

I mean, yes. Yes, it is. And you're just going to have to keep on dancing because this is community theater, and pretending we didn't just narrowly avoid death is a special skill on our resumes.

"Did I Just Leave My Mic On And Broadcast Myself Peeing To The Whole Audience?"

Please send your thoughts and prayers.