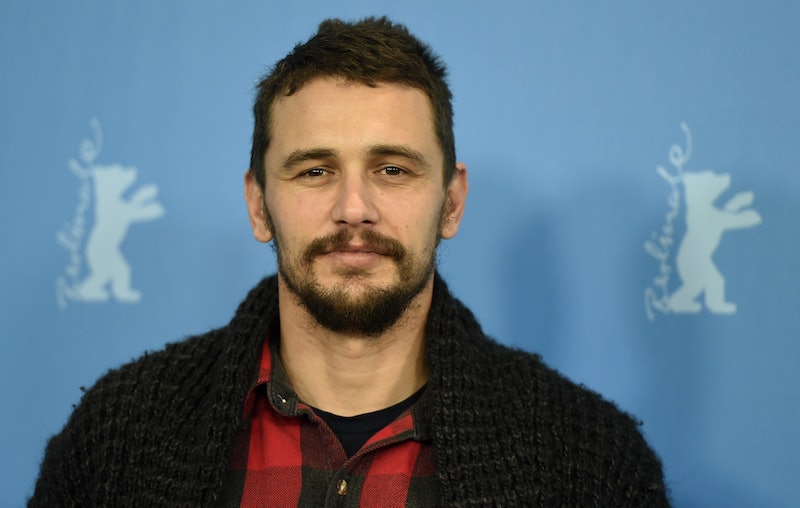 Dreams really do come true: James Franco is reviving Freaks & Geeks' Daniel Desario in Season 2 of his AOL mashup series, Making A Scene. It has been almost 15 years since Freaks & Geeks ended its run, but Daniel remains a bad boy heartthrob. Making A Scene is a comedy show that involves creating unholy pop culture mashups (this season, mashups between TV shows), so don't get too excited if you're waiting for a realistic Freaks & Geeks followup: This version of Daniel will likely be doing something completely outlandish. For instance: The first episode of Season 2 is available for viewing now and it's a Sex and the City meets Breaking Bad parody — and, according to TV Line, Making a Scene will find Game of Thrones meeting Modern Family and Gossip Girl going western later this season. Who knows what the Freaks & Geeks parody will bring?! Whatever the case, though, at least Franco will once again be bringing Daniel to the screen.

Thanks to this news of Daniel's impending return, I can't help but wonder where the punk music loving burnout would be today. The last time viewers ever saw Daniel he was playing a game of Dungeons & Dragons with the geeks in 1980. Did the 18-year-old ever finish high school? Did he leave Chippewa? Making A Scene likely won't answer these questions, but, since I am a journalist dedicated to reporting the truth, I am going to offer up a few ideas as to where Daniel might be today:

1. Living Life As An Adult Burnout

Worst case scenario? Daniel dropped out of school and continued his job as a pizza delivery boy. Sadly, this is exactly what Franco told TV Line that he thinks happened to Freaks & Geeks ' Daniel Oh, the horror.

Daniel and Lindsay both had crappy home lives, so it makes sense that they would end up together after high school. I can imagine them with steady jobs (maybe Daniel even owns his own automobile repair shop?), a couple of kids, and a small house in Chippewa. They would still fight all the time, but at least they get each other.

I will concede Daniel as a writer is a little far-fetched, but all the other bad boys from the '90s and '00s ended up being writers — including Boy Meets World's Shawn Hunter and Gilmore Girls' Jess Mariano. Who's to say Daniel didn't do the same thing?

4. He Dropped Off The Map

I like the idea that Daniel became something of a legend in his town. One day he just drove away and no one ever heard or saw from him again. His mystique only grows with every passing year, but his old friends still wonder where he went.

5. The A.V. Club Completely Turned His Life Around

Being forced to join the A.V. Club may have been the best thing that ever happened to Daniel. He was already good with cars, maybe he was actually good at all machines and the geeks helped him realize his full potential. After finally applying himself at school, he could have become one of the best engineers in the country.

Makes sense to me.

Since there is no talk of a proper Freaks & Geeks revival, enjoy the (short) return of Daniel in Making A Scene. Hey, if that doesn't do it for you, Franco will also be playing Jon Snow on his AOL show this season, so you have that to look forward to.