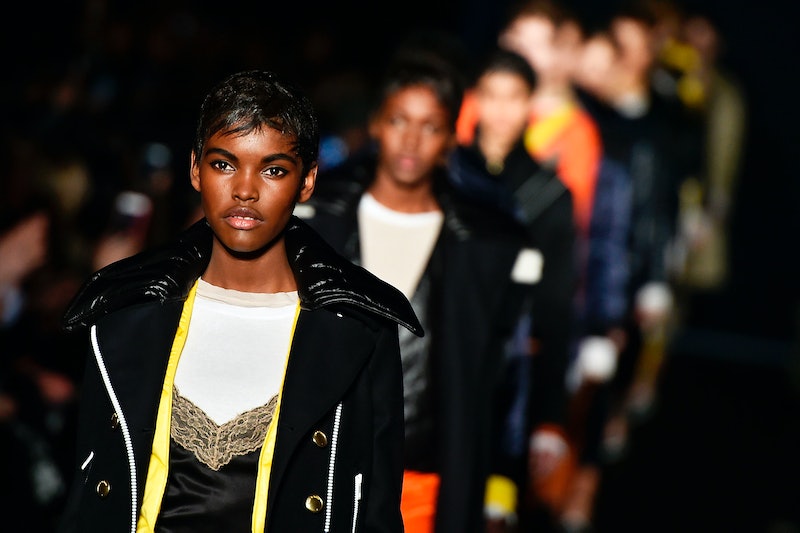 Few things in this world seem as exclusive as getting into a show during New York Fashion Week, especially if it's one where Anna Wintour's front row attendance is totally guaranteed. But this year, you could find yourself sitting right alongside Wintour, even if you're not one of the elite, because Rag & Bone has teamed up with Uber to offer riders a ticket to their Spring/Summer 2016 show.

The brand's managing partner David Neville told WWD that the designer's wanted to take things a step beyond livestream, offering up a totally new way for customers to experience Rag & Bone. If you're frantically reaching for your phone and ordering every Uber within a five mile radiance right now, calm down. There's no need to go totally nuts just yet.

The promotion will officially begin on Monday at 5:30pm which gives Uber customers a two-hour window to make it to the brand's 8pm show in Brooklyn. If you want to be a winner, the rules are surprisingly simple — just order an Uber and enter "RBSS16" under promotions and select the "Runway" option. Not only will your ride be totally free, but you can bring a guest and enjoy drinks and appetizers before the show. It's unclear as of yet how many tickets will actually be available, but considering how popular Rag & Bone's shows typically are, competition is sure to be steep.

SS16 seems to be the season of democratic access to some of the most elite shows of fashion week. Here are three other brands giving their customers full access to their show during this season's NYFW.

The designer will be using Intel's drones to capture all of the action so that you can watch from the comfort of your couch.

For the first time ever, Periscope will be used to livestream the enitre fashion show.

This is the most remarkable of them all. Not only did one of the coolest shows in Paris come all the way to NYC, but the brand opened up its super exclusive runway to allow regular folks who were lucky enough to nab one of the special tickets in.