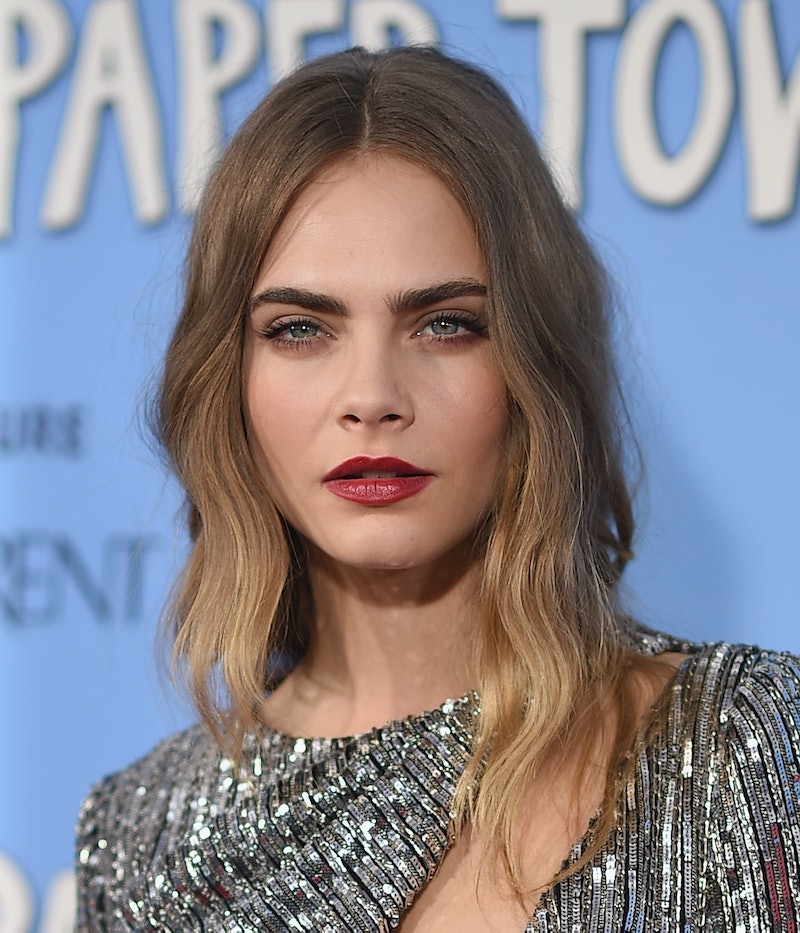 Christmas has come a few months early for Throne of Glass fans. Not only did we get our hands on the fourth installment of the series, Queen of Shadows, earlier this month, but Sarah J. Maas announced a Throne of Glass TV show on Twitter, and the collective squeals could be heard across the young adult fan community.

In an interview with Publishers Weekly, Maas and the writer casually dropped that her Throne of Glass series — including Throne of Glass, Crown of Midnight, Heir of Fire, Queen of Shadows, the upcoming books five and six, and five e-novellas combined into 2014's The Assassin's Blade — had been optioned for a television series. Mark Gordon Company will put the fan-adored fantasy series on the screen, and don't panic because it's in good hands. The production company is behind hits like Grey's Anatomy and Private Practice, the upcoming The Chronicles of Narnia: The Silver Chair and the hugely buzzed Michael Fassbender as Steve Jobs movie.

Maas, according to her online blog, has had a film/TV agent since January 2012, so clearly this news has been a longtime coming not just for her fans. On Twitter, Maas called out the major news and said she'd have more information soon. (Hopefully because we're dying here.)

Next, Maas is working on her sequel to this year's A Court of Thorns and Roses, which we should see on bookshelves come May 2016. She told PW that she's "just starting [her] editorial process" for Throne of Glass book five.

Considering we've been thinking about this since we first read it back in 2012, here is the dream cast for Maas' Throne of Glass, featuring book one's four main characters: Dorian, Chaol, Nehemia, and of course, Celaena herself.

Just look at this picture of Cara Delevingne and try not to see Celaena Sardothien, notorious badass assassin. Maas described Celaena as having platinum blond hair and bright blue eyes (ringed with gold, as we fans know is important). Delevingne pulls off that uber-cool and tough persona and has the style. Plus, she's no stranger to YA adaptations after John Green's Paper Towns , and she'll get to showcase that powerful side in next year's Suicide Squad .

Percy Jackson star Logan Lerman can totally pull off Celaena's BFF Dorian, the Crown Prince of Adarlan. When we first meet him, we think he's just a spoiled prince, never venturing outside the walls of the glass castle. But later, we see that this whole "bro-ey" ladies man gimmick is just a ploy. He's an avid reader and is a loyal, kind-hearted friend. Plus, Lerman can totally play the rich boy vibe, but he has the sweet side that will for sure come out.

Colton Haynes' star is definitely on the rise, and he has that tough but dreamy quality (not to mention the looks) that means Throne of Glass should snap him up for Captain of the Guard Chaol Westfall. Arrow and Teen Wolf showed us Haynes is ready for this action-filled role, and I would not be mad to see him in some of the lovey sequences.

The Vampire Diaries' Bonnie has proven herself to have the triple threat: needed to play Nehemia: the beauty, the acting chops, and the toughness. Nehemia might be the smartest and most cunning character in the series, and after seeing everything she had to pull off as BFF witch Bonnie, there's no doubt Kat Graham could do her justice.

Now it's time to sit and "patiently" wait for Maas to tell us absolutely everything else about the Throne of Glass TV series.