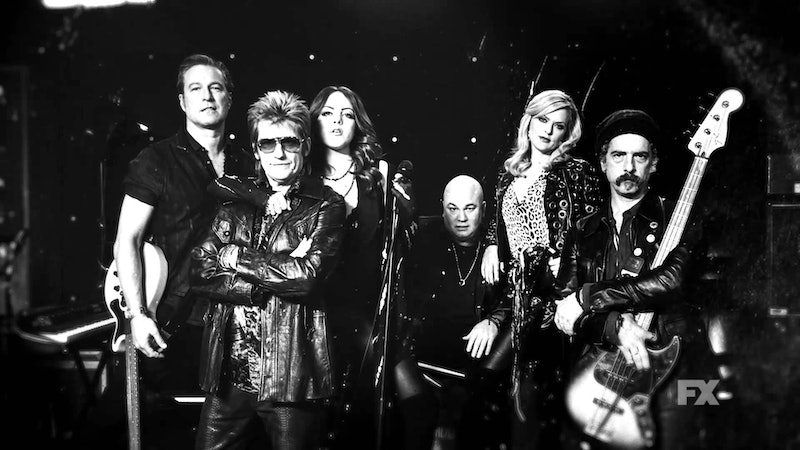 Since the series finale of Rescue Me a few years ago, Denis Leary fans have been aching for their favorite sardonic funnyman to hit their televisions once more. This summer, Leary’s new show, Sex&Drugs&Rock&Roll came to FX. It tells the story of Johnny Rock (played by Leary), an aging rock star who totally jinxed his next-big-thing band The Heathens out of rock glory in the late 1980s/early 1990s. In the first episode, Johnny learns that he has a twenty-something daughter, Gigi, who is a knock out and can sing her butt off. She’s got cash, and she wants him to write music for her and help her become a star. An interesting premise like this begs the question — will Sex&Drugs&Rock&Roll be renewed for Season 2? Update: On April 20, FX announced in a press release that Sex&Drugs&Rock&Roll will return for Season 2 on June 30.

FX has yet to decide whether Sex&Drugs&Rock&Roll has been cancelled or renewed, but, according to TVSeriesFinale.com, a site that tracks Nielsen ratings, the first episode of Sex&Drugs&Rock&Roll had about 867,000 viewers. The penultimate episode had 383,000 televisions tune in. A majority of critics liked the show, though, — it has a 59 percent approval rating on Rotten Tomatoes.

But, if Sex&Drugs&Rock&Roll does get picked up for a Season 2, I hope it looks something like this:

I get that this is a show in which Leary basically just gets to spout diatribes (that’s why people love him, after all), but because this is a show about a band, I'd love to see more music on it. I’m not saying it has to be like Nashville or Empire (since those are an hour long), but more of Liz Gillies’ amazing abilities, please!

2. Focus On An Overarching Story

The grand arc of this season was Gigi and her new band getting a record deal (basically), and Season 2 would benefit from keeping focused on her and her goals.

3. Focus On The Great Characters

I know that there are drummers and bassists in bands, just like in the Assassins, but even though they're peripheral, I would love for these guys to have more of a storyline. I also just want to hear Gigi sing her songs. So, really, just more Gigi would be awesome.

I really hope that Sex&Drugs&Rock&Roll gets picked up for Season 2, so, writers and Mr. Leary — please heed my requests. Please?