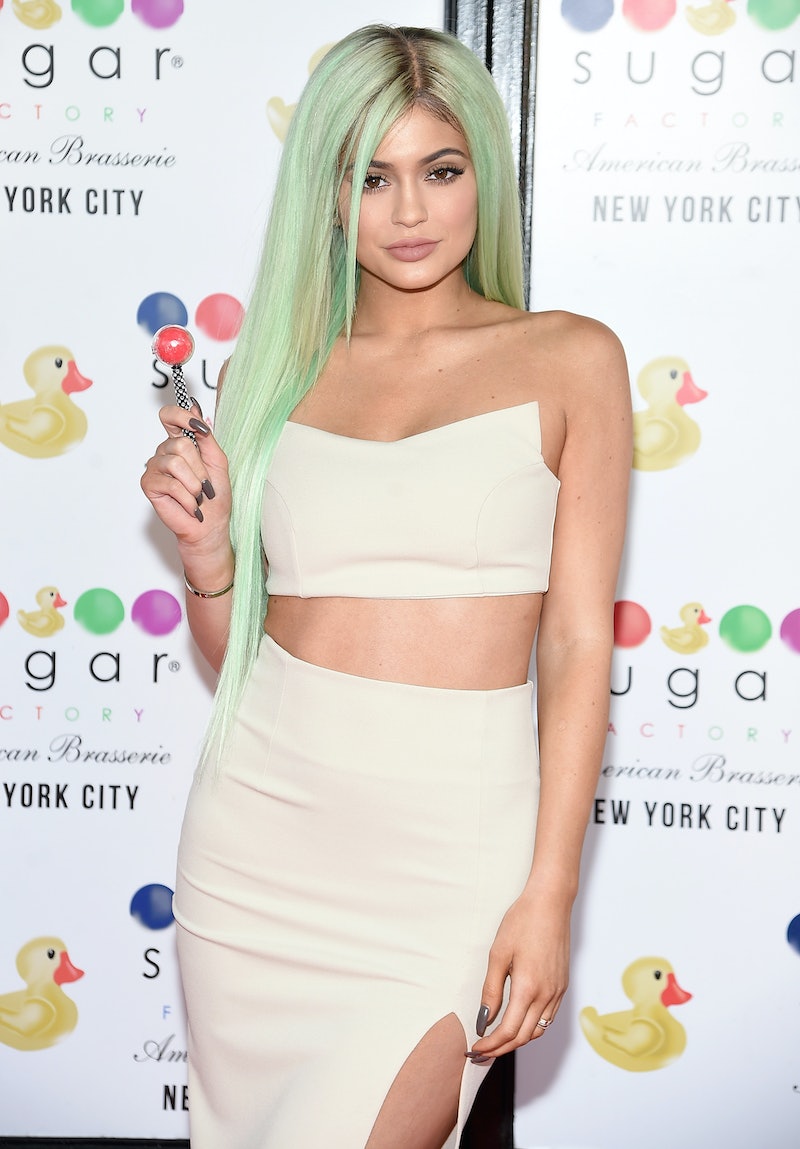 The queen of all hair colors, Kylie Jenner, has dyed her hair green, and yes, the Internet is once again freaking out. I mean, by now it really should just be the norm. I'd start freaking out if she didn't have a new hair color within the next two weeks (or — gasp — cuts it all off!). But with a stylish mindset and confidence like hers, why wouldn't she want to change her hair color frequently? The gal can definitely rock any look she takes on. Don't even get me started on how talented her glam squad is.

It isn't the first time Kylie's reached for the green hue, though. She previously rocked the aqua blue hair at Coachella, and dyed her tips a blue teal last year, so it seems that going full-on green would eventually happen. And hey, I don't blame her.

In fact, I think it's actually pretty cool. As an avid hair colorer for my own tresses, I've gone from jet black to red, to an almost brownish-blonde. But green? Well, it's definitely going to have to take more than a little inspiration for me to do that. However, if Kylie can rock it and still look great, then maybe one day I'll give it a shot too.

For now, I'm just going leave it to Kylie and well, all these other things that remind me of the youngest Jenner's new green 'do.

Because who wasn't obsessed with slime as a kid? I definitely was, so to have a head full of hair that looks like it? Nineties kid goals.

Oh come on, every '90s kid loved their troll dolls. I know my collection of them was pretty fabulous.

I could definitely see Kylie kicking butt in that new hairdo of hers. Halloween costume inspiration?

With gorgeous, flowy tresses like that, Kylie practically belongs under the sea.

It's just so fresh and alive. Kylie's new hair is the beauty equivalent.

I loved Strawberry Shortcake, but Lime definitely had the smarts of the group.

8. This My Little Pony

Because Kylie is as magical as My Little Pony.