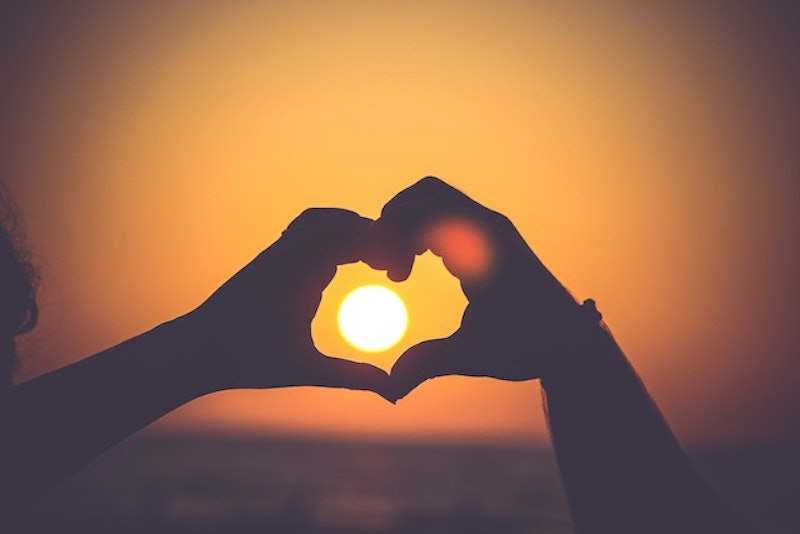 Sadly, chances are high that, at some point in your life, you'll have a friend who's sexually assaulted or raped. It's a dim view to take, but the statistics don't lie: RAINN, the Rape, Abuse and Incest National Network, estimates that every year in America, 293,000 people are sexually assaulted. It's a vile reality, but it's one that has to be faced. And it can leave friends, partners, and colleagues feeling particularly helpless. So if a friend comes to you with the news that the worst has happened, what can you do to help?

It's also important to note that men aren't immune — far from it. The 1 in 6 Campaign wants to raise awareness that one in six men will experience sexual violence before they even hit the age of 18. (The campaigners say that figure doesn't even include all ranges of sexual activity.) Statistics say that 14.2 percent of men will likely experience sexual violence as youths — so don't just think of this as a female issue. If it happens to a male friend, the steps to help them out are the same.

Here are some suggestions on how to help a friend who's been sexually assaulted — but do remember to also get professional advice as a friend, either from an online resource, or in person from a counselor.

I cannot understate how important this one is. Always, always move from a position of total belief in the person who claims sexual assault. So many people will likely question their claims that one of the most solid things you can do is simply to trust their version of events.

You also shouldn't be afraid to raise a red flag; some people will repeat circumstances they believe were "weird" or "upsetting" without being conscious that the situation was actually one of rape or assault. It's OK for you to be the person who drops that bombshell, as long as you do it sensitively, and have resources ready to get them help.

2. Suggest The Police And The Hospital

Did you know that sexual assault and rape centers in hospitals recommend you come to see them any time in the 10 days after the assault happened? Forensic medical examinations, if your friend chooses to have one, are available up to that point.

Even if it takes your friend a while to get their head together — understandably — medical help is still open to them. That's probably the step at which she/he might consider also getting the police involved; it's often worth trying, even if you've heard horror stories about rape kits and police attitudes to sexual assault.

3. Encourage Them To Get Help

Post-assault, the bad times can get worse. Therapy and counseling is one of the best routes a person can take — even if they don't want to tell anybody and would like to "get on with their lives," they've experienced a traumatic event that will likely ripple across their experience and may affect their future sexual life, relationships, ability to trust or feel safe, and so on. Go with somebody to a counseling center if it will make them feel better, but you should definitely suggest they get professional help either way.

4. Listen To Their Story

Even if it makes you angry. Even if it makes you sad. As much as you're able — and we all have boundaries, particularly if we ourselves have been victims of sexual assault — be there to hear the story. There are some elements that may be uncomfortable or upsetting to hear, and it's very likely that they won't want to talk about them for fear of "reliving" their experience (it's a common part of trauma), but try to be there for it if you can.

It wasn't their fault. It doesn't matter if they were drunk, wearing a short skirt, got into a cab with the person, got into bed with them — no means no , and every person should be able to rationally expect that their bodies will be respected. Don't provide "helpful" tips on how to avoid it in the future, which will just imply that this was their fault in the first place. They were never asking for it. And don't get weird either; treating somebody as if they have Assault Victim written on their forehead is not kind or particularly friendly.

6. Be Aware Of Triggers

This person's relationship with many things — their own sexuality, their environment, their attitude to other people — may change. It's your role to pick up on this, react appropriately, and not insist on a return to the old days that may make them uncomfortable or upset. If they no longer want to be in crowded places, or spend time outside after dark — let them make those choices, and back them up. Something serious has happened; support their attempts to cope with it.

Oh, and read this guide to helping a friend who's been triggered.

7. Support Their Quest For Justice

If they do decide to pursue the legal route, times will likely be tough. At least 68 percent of all sexual assaults, RAINN estimates, aren't even reported to the police. If things even get to trial, which is sometimes rather unlikely, they'll be put in the spotlight and run through the mill; just going to the police can feel exposing, vulnerable, and seriously upsetting.

Be there with tea, cookies, tissues, a big sign saying YOU CAN DO IT, anything. But be prepared for it to, frankly, suck — and do draw boundaries if it's starting to affect your own state of mind and mood in a way that is threatening your own mental health.