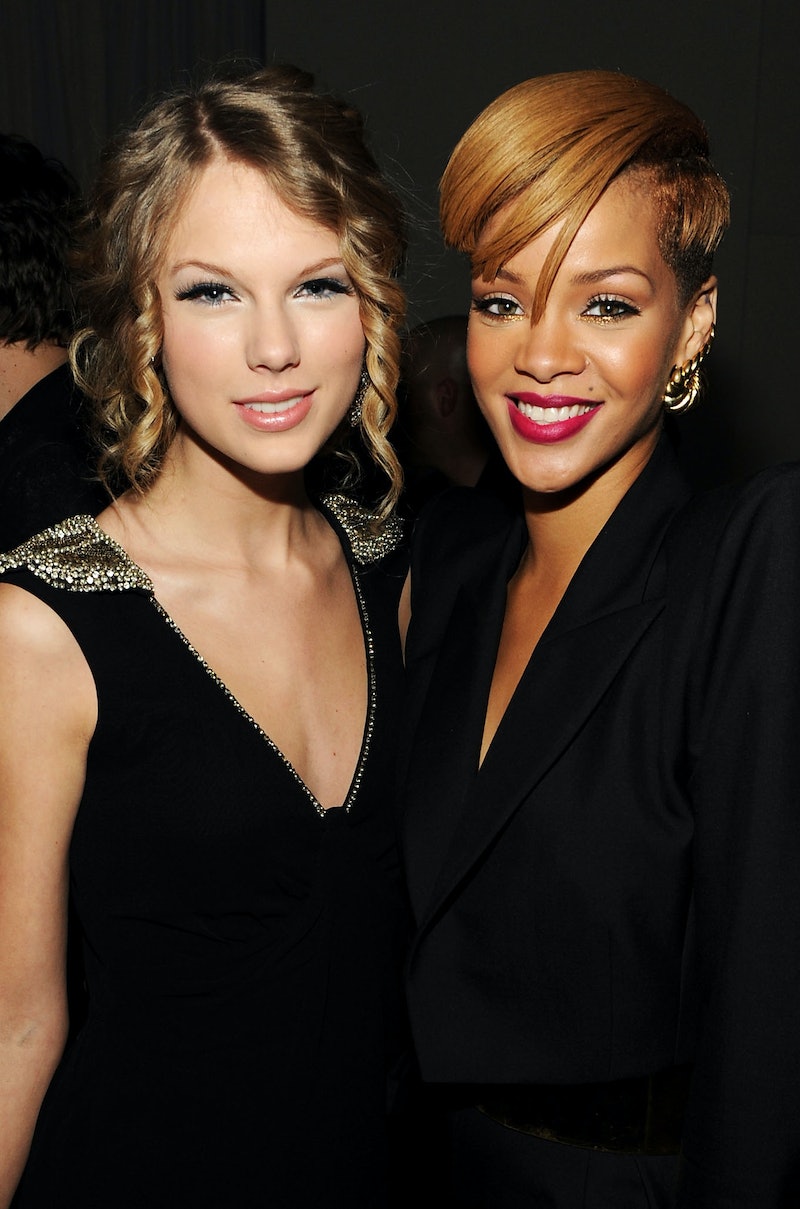 Taylor Swift's squad is an ever-expanding group of ultra famous and ultra powerful women that includes everyone from Lorde to Kendall Jenner to Mariska Hargitay. It's like the most enviable lunch table in the cafeteria, only everyone and their mother is invited. But, like those cool kids in high school who are totally self-aware and realize they don't need anyone's approval, Rihanna revealed that she doesn't want to be in Taylor Swift's squad. In fact, Bad Gal RiRi told NME magazine that she can't see herself performing on stage with Swift, despite the numerous and varied acts that the singer has brought to her 1989 tour. People can interpret that however they want — OMG Rihanna's throwing shade! OMG Rihanna's siding with Katy Perry! — but you know what? Rihanna's candid reasoning is actually pretty refreshing. And it's perfectly OK that she recognizes she wouldn't be the best fit.

While Swift's 1989 tour is basically a Taylor Swift #SquadFest of female celebrities — I'm talking about everyone from Lisa Kudrow to the entire U.S. Women's soccer team — don't look for a surprise appearance by Rihanna at your show. Because homegirl is in no rush to cash in on the squad craze, explaining that she thinks her brand is just too different from Swift's.

While that may or may not be true — many fans look up to Rihanna just as fans look up to Taylor Swift — it's almost admirable that Rihanna knows herself and knows her brand and doesn't feel like she has to change that or mold it in order to fit someone else's. Even though a Taylor Swift/Rihanna collab would no doubt be sick (I can totally see it working on "Welcome to New York" or "BBHMM") and make headlines all across the world, neither performer has to try and force it if it's just not the right match. Though it seems like almost everyone wants to get in on the Swift squad (just look at Patrick Stewart and Ian McKellan!), it's actually straight-up refreshing that Rihanna is all like, "I'm good." It's not shade if she just knows it won't work.