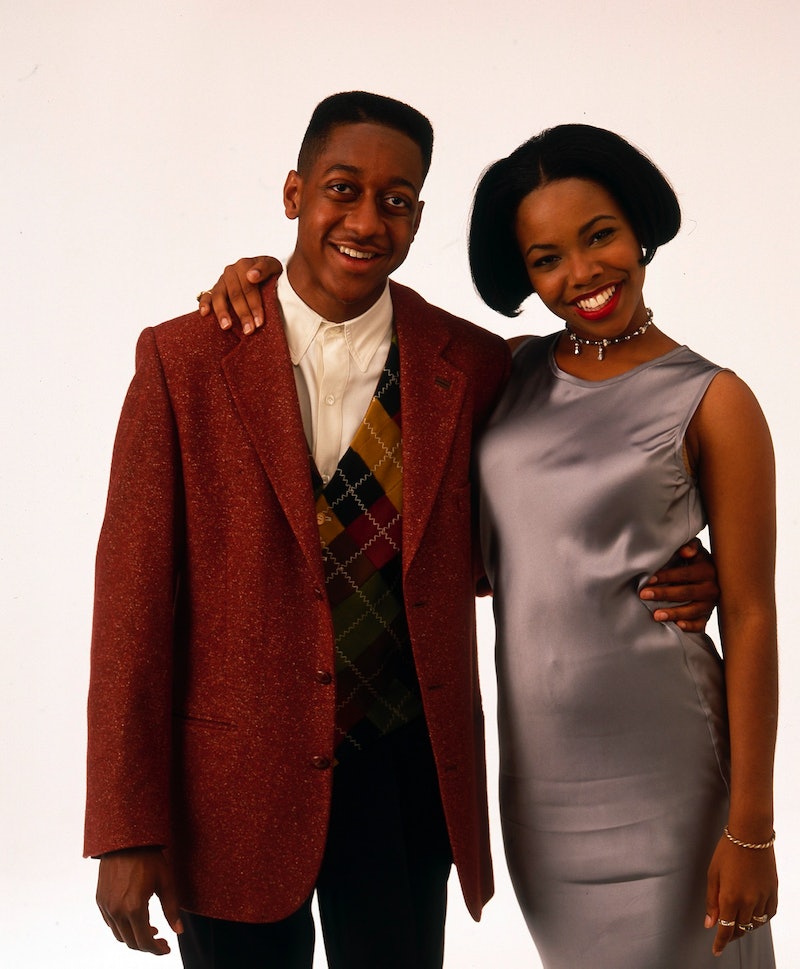 Many fictional couples came and went in the '90s, most registering as little more than brief heart-shaped blips on our radars. But were some who stood the test of time — to this day, they remain the love stories every '90s kid is obsessed with. You never forget your first 'shipping experience, right?

I was reminded of this recently when I was idly scrolling through Netflix and stumbled across Buffy the Vampire Slayer. As I eagerly dove into the seven-seasons long series of my youth, I couldn't help but get swept away in the nostalgia of the show's killer couples. It was couples like Buffy and Angel who we rushed home in the afternoons to watch, and why we doodled the names of '90s heartthrobs on the pages of our Lisa Frank notebooks. They are who we modeled our own melodramatic adolescent romances after. Because, let's be real, we're all just looking for the kind of love Cory and Topanga had. Or rather have, thanks to Girl Meets World. (Yep, I totally watch it; no shame here. Cory + Topanga 4 Lyfe!)

But, with no shortage of fictional love stories to obsess over during history's best decade, which couples send our '90s kid hearts aflutter? Prepare to feel all the feels, my friends, while we check out 15 love stories that are still our favorites. Some lasted and some didn't, but all have a special spot in our memories.

1. Angela and Jordan, My So-Called Life

So much angst! So much drama! So much awkward silence! We have this memorable but short-lived series to thank for our lifelong attraction to bad boy musicians and otherwise emotionally unreliable men like Jordan Catalano.

Never mind the fact that Laura Winslow ridiculed and ignored dorky Steve Urkel until one of his inventions transformed him into super-hunk Stefan Urquelle — aside from that questionably superficial message, every '90s girl dug this nerdy-neighbor-turned-lover angle. Besides, Laura does eventually choose the original Urkel over his handsome clone. Man, '90s shows were weird.

Steve wasn't exactly the sharpest crayon in the box. He was a dreamboat, though, and D.J. was every girl, so heretofore we'd basically all just landed the hunky high school dreamboat. When he swooped back in to take Deej to prom, we swooned so hard.

4. Vada and Thomas, My Girl

In this 1991 film set in the summer of '72, an adorable 11-year-old tomboy named Vada met an equally adorable 11-year-old hypochondriac named Thomas. They then proceeded to obliterate every last one of us with a bee hive that haunted our youthful hearts. NO I'M NOT CRYING. I'm just cutting onions... and I have allergies... I think there's an eyelash in there somewhere, too.

Nothing will get the ol' teenage hormones going like the elicit desire stemming from forbidden fruit. Such was the case with mortal, ass-kicking cheerleader Buffy and her dreamy vampire crush, Angel.

But Slayer and the Vampire With A Soul definitely weren't the only romance we obssessed over in Joss Whedon's first major television hit. The beauty of the show is that there was something for everyone, and Willow and Tara definitely gave Buffy and Angel a run for their money.

7. Zack and Kelly, Saved By the Bell

Zack Morris and Kelly Kapowski were the epitome of '90s cool. I'm 97 percent certain Kelly Kapowski is the sole reason I joined the cheerleading squad for, like, a year. (It was fleeting... I'm more of a Jessie Spano kind of girl deep down.)

In Shannen Doherty's early days, she was one half of one of TV's most complicated duos — Brenda and Dylan on Beverly Hills, 90210. There were many relationships on this posh series, but who didn't get caught up in Brenda and Dylan's drama the most? He was her first love, and you know what they say about those: You never forget 'em.

I don't care if this movie does eat up roughly four hours of my life in one sitting; I still watch it every single time it comes on TV. I want Jack to draw me like one of his French girls, and I want to hijack Rose's wardrobe. See also: I wouldn't be opposed to steaming up the car windows with Leo DiCaprio, either.

Could any '90s love couple every really compete with the iconic pairing of Boy Meets World's Cory and Topanga? Sure, it may have given us unrealistic expectations about what our future relationships would actually look like as compared to their picture-perfect romance and flawless hair (seriously, what conditioner does Danielle Fishel use?!), but we made it out of our early romantic misadventures just fine.

Will they or won't they? For 10 seasons we asked ourselves that question, agonizing over the fate of Ross and Rachel right up until the very last moment when he chases her down in the airport to declare his love. Ah, all is right with the world.

Fall is my favorite time of year, and it isn't just thanks to pumpkin spice lattes. Actually, it's largely due to the fact that I can watch Hocus Pocus roughly 14 times in a month without quite as much judgment as I get for queuing it up any other time of year. Real talk: We all wanted to be Allison, partially since we're pretty sure she cured Max Dennison of that whole black flame candle problem, if you know what I mean.

Generally, fans of this late '90s series fall into one of two camps — those hoping Joey would end up with BFF Dawson or those pulling for the oh-so-cute Pacey. I fell into the latter of camp, mainly because Joshua Jackson has always had me feelin' some type of way.

David was that boyfriend we all hoped to find: someone who would follow us around like a cute little puppy dog, lapping up our sarcasm and adolescent hostility whilst wearing flannel and having impossibly swoopy curls.

Welcome back to 1996, the year every girl in my class jumped on any costume party opportunity so we could don beautiful white wings like Claire Danes' Juliet and (fingers crossed) woo our own Romeo. If that Romeo happened to be Leonardo DiCaprio, so be it. That pool scene, though!