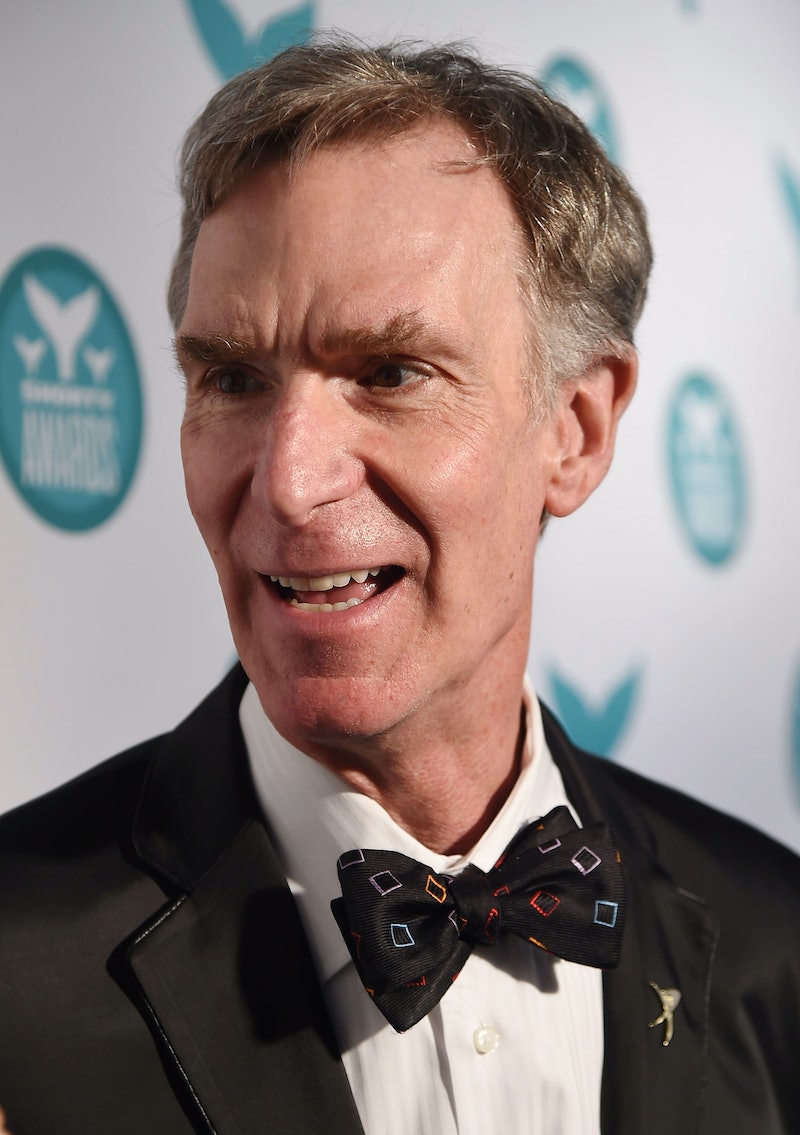 I often think the world would be a lot better if everyone would listen a little more to Bill Nye. Case in point: Bill Nye's new video about not telling women what to do with our own bodies. And amidst all the political rhetoric about defunding Planned Parenthood, it's comforting to know that sense still prevails in the world. Bill Nye the Science Guy to the rescue!

In the video, which was posted on YouTube by education content producer Big Think, Bill Nye explains his take on women's reproductive rights and the people who want to limit them based on bad science and outdated beliefs. Nye seems mostly focused on trying to address critics of abortion access, although his understanding of such thinking is a little shaky — for instance he seems to say the Bible teaches that any time you have sex you get pregnant, which is not (as far as I know) stated anywhere in the Bible, nor is it part of any anti-choice rhetoric that I've ever heard. Nye is clearly struggling to understand opponents of women's reproductive rights and coming up empty.

Nye's scientific points, though, are much more on target — he is, after all, the Science Guy, not the Political Guy. And honestly, it would be a lot nicer if public policy were influenced more by science and not by religion anyway.

Overall, the video isn't likely to sway anyone who is anti-choice already, but it is a worthwhile reminder that science is on the side of those who aren't. And besides, when Bill Nye tells you to do something, you should probably do it.

Here are three solid points he makes in the video; scroll down to watch the full thing.

If conception is the beginning of life, and if every fertilized egg is a human with full rights, then what about fertilized eggs that just don't attach to the uterine wall? Or any other of the many, many reasons a pregnancy might not be carried to term besides abortion?

2. "Nobody likes abortion. But you can’t tell somebody what to do."

Women have the right to make decisions for ourselves about our bodies and our futures, even if there are people who don't like what we might choose. Just because you don't want to get an abortion doesn't mean that you get to prevent someone else from getting one — the same way that no one can make you get an abortion if you don't want one. The point is for it to be an option for people who need it.

3. "Recommending or insisting on abstinence has been completely ineffective. ... [Not] giving women access to birth control has not been an effective way to lead to healthier societies."

It's just not the best way to go about matters. And we have years of history to back that up.