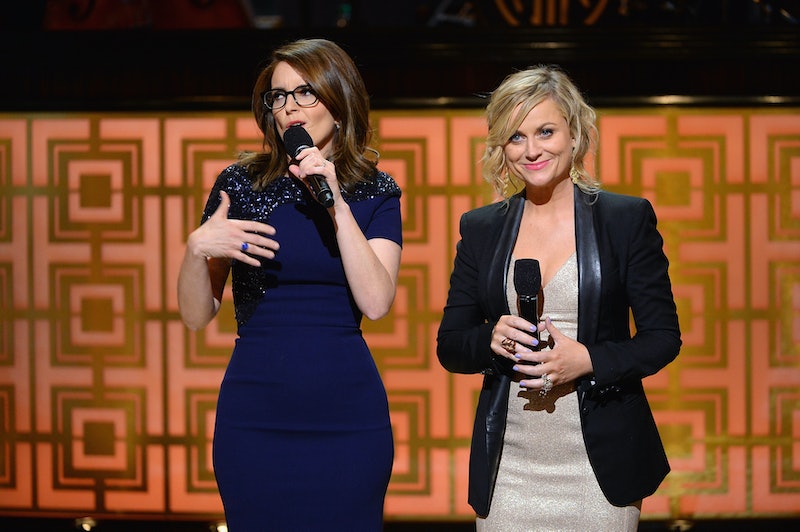 In the ranking of best friendships, right under "childhood" and "college" comes the next most significant forerunner: "co-worker." Your best friend in the office is the unexpected companion you didn't know you'd be attached to for the next 25 years of your life. And surprisingly, it's often the BFF you meet after you think you're done meeting BFFs whom you stay closer to than the one you knew way back in the day.

Your office BFF understands you on a fiscal, psychological, and spiritual level. They understand the delicate nature with which you must approach your weird-ass boss, the unrealistic demands put on you two of out of five days a week, the boredom and downtime of the other three, and what it's like to deal with that one person in the office whom nobody can stand. Next to your roommate, your office BFF knows it all: every breakup, make-up, and issue at home gets brought to the office for proper venting on Gchat, as the good Lord intended.

The role of "office BFF" is not one to be taken lightly. Nor does it just happen upon anybody. Not everybody is lucky enough to get to work with someone who just Gets Them the way your office BFF does. Though your tragically inseparable bond may not ever be entirely describable, here are a few things you'll remember laughing, crying, and complaining about together. Because really, what else are friendships built from?

You and your office BFF can leap from budgets and talking points to dinner, drinks, and weird exes coming back to town. And it's because of how seamlessly you work as a professional unit that you're able to bond after the day is done.

That One Legitimately Awful Person In The Office Whom You Feel Bad Talking About, Even Though You Feel So Validated When Someone Affirms Your Feelings About Them

There is one person in the office — in every office — that is so overtly intolerable that they become not only the talking point of your midday lunch dates, but also a topic over which you bond, joining forces to defeat their evil and genuinely insane ways. You know who I'm talking about. Everyone knows who I'm talking about. There is always that one person who is so ... them ... and do not have even the slightest bit of self-awareness over the fact that they are wildly disliked. It is through this person that you bond with your office BFF, for you both have lived to tell the tale.

The Eccentricities Of Your Brilliant Yet Mildly Dysfunctional Boss

There is nobody else who would understand why you have to send an email at a certain time, or use a particular font, or just generally watch your every move around a certain higher-up than your office BFF. Your boss is insane and extremely particular, yet they are admittedly brilliant. So while you have to go along with all of their strange and very specific demands and desires, you have to also lay down respect for how great they are what they do.

The Eccentricities Of The Boss Between You And That Boss

The second-to-highest-up boss is the one who has a job, yet nobody knows what they do. You and your office BFF spend a lot of time speculating on what it is they do exactly, and it's never anything conclusive.

Keeping Every Conversation "Off The Record"

Because despite being on your work computers, you are on Gchat, talking about things you should probably not be talking about at work. Yet how else are you expected to survive this madness if you can't get last night's rendezvous with your ex off your chest? Exactly. You can't. So you just trust blindly (and feverishly) that Google is actually keeping this private.

Coming In, Sitting Down, And Picking Up Yesterday's Conversation Without Much More Than A "Hey, Okay, So ..."

Everybody knows you're BFFs. And the reason everybody knows (and feels mildly intimidated by it) is because your conversation basically does not end. You go from one day to the next in almost constant communion with one another. It is as sacred as my word choice. You are endlessly grateful. (Amen.)

In the end, it's not only what makes work bearable — it's also what makes it worthwhile. (Other than, you know, your paycheck.)