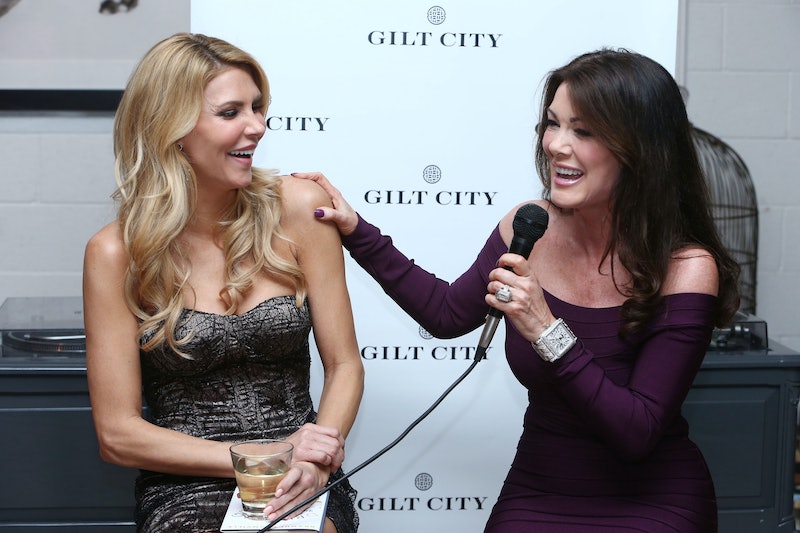 When it comes to Brandi Glanville, it seems that most people either love her or definitely aren't her biggest fans. Well, now that Brandi Glanville isn't returning to Real Housewives of Beverly Hills as a full-time cast member, I'm sure her supporters are totally bummed. For those who will truly miss the 42-year-old on the hit Bravo reality series, wouldn't it be wonderful if she returned as a regular? Basically, Brandi coming back to RHOBH would be the best thing ever.

However, seeing as it was Brandi's decision to leave, fans might have to really beg her or start a petition to get her to return. When it was first announced she was departing after four seasons, she said on her podcast in June,

After a lot of careful thought and deliberation I have decided not to return to RHOBH as a full time cast member this season. The past four years have been amazing, a complete roller coaster of a ride. I will always be thankful to Bravo for the opportunities that have come along with doing this pop culture phenomenon of a show.

Or, you know, rather than a petition or begging, fans could just show her reasons why her coming back to the Housewives franchise would be a great thing. Kind of like this.

1. It'd Be A Great Surprise

The other Housewives wouldn't know what hit them if Brandi surprised them by coming back as a regular. They might not see it as a great surprise, but Brandi's fans would and they'd love every minute of it.

2. The Show Would Be More Exciting

Even if you aren't Brandi's biggest fan, you know she keeps RHOBH exciting.

There is no Housewives without drama and craziness, which Brandi delivers on an episode basis.

4. She'd Keep The Other Ladies On Their Toes

Both the ladies and the viewers never know what to expect around Brandi, but doesn't that make the show more interesting?

5. There'd Be Another Great Housewives Tagline

It's not Housewives without a memorable tagline.

6. The Parties Would Be Amazing

There are definitely no boring dinner parties or events when Brandi's invited.

7. Her Unapologetic Ways Are Welcome

Yes, sometimes Brandi is wrong and her actions are uncalled for, but you have to admire her unapologetic ways, the way she stands up for herself, and the fact she speaks her mind.

8. And Because Of This