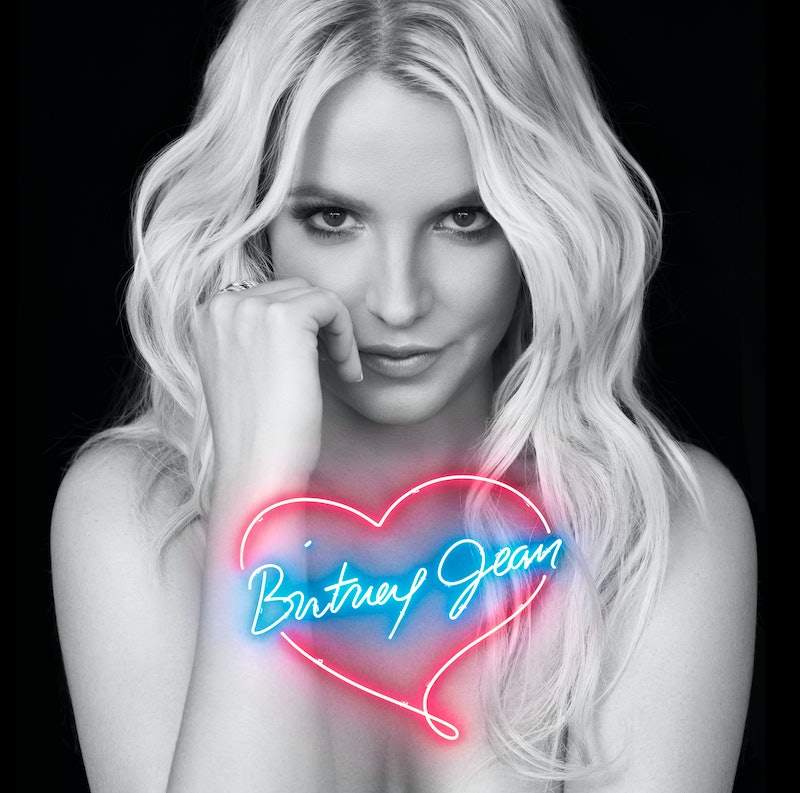 As Britney Spears and her closest confidants tell it, the supermegapopstar is just a shy girl-next-door type. But the worldwide audience knows best: they know that she's a diva, a pop star of the highest order. She's an icon — an ideal rather than a person — as her life and fame has transcended human comprehension. Which is perhaps why the tumultuous life of this product-of-her-time decided that now — 7 years after Leave Britney Alone! — was the time for I Am Britney Jean . The E! special that claimed the star would be more "candid" and "revealing" than ever before (just like all those other times). But this one, at least proved that Britney Spears has finally succumbed to the cold, hard truth that her privacy is a fallacy, and hers is a life made for entertaining the hungry masses.

So that's how Spears has come to understand herself: as an image of a modern-day pop diva rather than the person she is or was or maybe might one day again be. "When I first met Britney, she was a kid ... she was very shy, wouldn't look me in the eye," explained longtime manager Larry Rudolph. "Everything was incredibly down-to-earth and down-home. She really was the girl next door, and that's really who she is. She's just a little girl from Kentwood, Louisiana." Only — she's not really. Not anymore. To call her the little girl from Kentwood is merely an old filter of understanding for the divine Ms. B; one way into her multi-layered existence.

Heck, even her own appreciation of her songs is wholly dependent upon others. With a song like her 2007 single "Piece of Me" (from which the Vegas show gets its name), Spears has gone from seeing it as a commentary on a certain time in her life where things were scary, out-of-control, and her fame was at its height, to something else entirely: namely, a boss anthem for strong diva types. Because that's the only way the world has been able to digest Britney Spears: as a pop diva.

Throughout the entirety of the 2-hours worth of "candid" and "revealing" interviews, there is nothing about Spears' life and turmoils that we haven't seen — with the exception of her declaration of adoration for watermelon-flavored bubble gum. But we already knew that she's shy, she's only ever known performing, she had a rough go of it in 2007. What's truly revealing about her interviews and the whole of the special is Spears' interpretation of her own life.

"I really hope that my fans get a personal feeling from me. A piece of me, really. Literally a part of my soul, because I'm really putting my heart and my soul into this," the singer quipped. She's taken the traditional interpretation of "personal" us average bears are used to and thrown it out the window. Because to Spears' fans — and in turn, to her — "personal" serves only as a window in: a touch, an idea, a feeling, not an actual look at the real person inside. Because nobody wants that — the images and the actual reality of Britney Spears is too sad. The public does not want that for consumption, and what the public wants of Britney Spears, the public shall have.

But that's probably because Britney Spears does not have a life that's her own. Her entire existence is public: it's her job. But her life has also become public domain, given people's utter fascination with her: from who she's dating to what sort of medications she may or may not be on. Everything that's hers is ours. Because we want it: we want to "understand" all of her. Co-opted by culture, Spears had no choice but to soldier on as a slave 4 U, at least if she wanted a career. And so of course I Am Britney Jean is nothing more than a glorified behind-the-scenes look at the making of her Vegas show, because all Spears appears to be anymore is a smokeshow.

"This is all I've known all my life: cameras, being followed, being a part of the industry," Spears reflected. Because while the world sees her as an international super-diva, Spears struggled to cope with the attention of her own success, which caused a chasm. This, of course, piqued our own fascination — how her coping mechanisms failed her so gloriously, so spectacularly, when it seemed others in her position were able to soldier on. Of course it wasn't as easy as all that: very, very few people reach the level of fame that Spears did in 2007. "It was a very difficult time for me, I felt really alienated. ... I'm not really made for this industry," Spears explained. And yet here she is, still in it.

It's hard to say if Spears' new understanding of herself is medical or otherwise — at one point during the interview she stated, "I turn into this different person. It's seriously, bipolar disorder," with a nervous laugh — but the truth remains the same: wherein Old Britney wanted to have a life and perform, too, New Britney Jean knows there's no line between the two. Everything is consumed, and should be made for public consumption. Maybe with this realization she can finally find some peace.

Spears' latest entertainment venture is not the message promotional materials for her latest album and Las Vegas show would have you believe — that this is Britney at her most personal yet — but rather that she's learned that her life is not her own. She's accepted it and is finally/hopefully alright with it all. For her, her entire life is about fans: the fans, HER fans, and even the occasional literal fan (it gets hot in all of those dance rehearsals, y'all) are Spears' reason for living. Sure, she's also a mother and a daughter, but those are labels affixed to an existence. All "personal" aspects of her life are done explicitly for other people: for her record label, for her fans, for her family, and for the entire empire's worth of people she employs. Spears is a commodity and perhaps she has no choice but to sell herself.