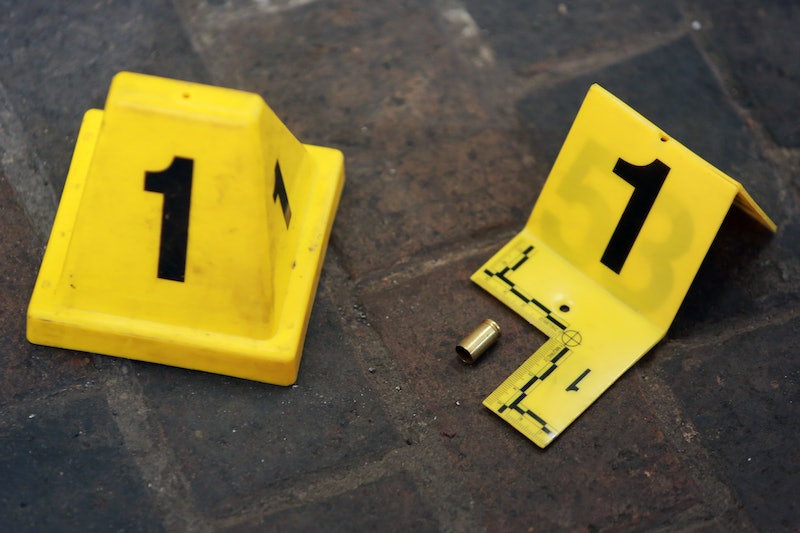 Following the news of yet another mass shooting on Thursday, President Obama addressed the nation and unloaded an uncomfortable truth: America is becoming numb to mass shootings. They have become another unfortunate side effect of society, an unavoidable tragedy, but not something that makes us clamor for change. I know this is true because I experienced it myself — upon hearing the news that there was an active shooter on a college campus in Oregon, I simply sighed and went back to work.

Several years ago, a campus shooting would have shocked me. I would have been glued to the television, followed the updates constantly, and reached out to loved ones. But as Obama very accurately stated Thursday, "Somehow this has become routine. The reporting is routine. My response here at this podium ends up being routine. The conversation in the aftermath of it … we’ve become numb to this." And that fact in itself is horrifying.

That's not to say no one cares. The desire for gun control is at an all-time high in the country. After each subsequent killing, Americans speak out in favor of restricting access to guns or widening background checks. Students want to be able to attend class without fearing for their lives, and none of us want to be scared to go into movie theaters. But the shock value has worn off — which means that no matter how "tragic" a situation may be, nothing will change.

Think about it: what situation could possibly occur to shock gun advocates into compromise? Over the past two decades, we have watched students killed in their high schools and hunted on their college campuses. Twenty first-graders were killed during class, and the illusion of a church as a safe place has been shattered. At what point is the loss of life "tragic" enough to enact change? An American congresswoman was shot point blank at her own event, and it still didn't change anything.

And the reason lies not with the American people, but with American legislators. According to a poll conducted in June by the Johns Hopkins Bloomberg School of Public Health, 85 percent of gun owners and 83 percent of non-gun owners support basic reform efforts like requiring mandatory and wide reaching background checks. Of all individuals surveyed, 63 percent (owners and non-owners alike) said they favored banning assault rifles.

There is clearly public outcry and support for these efforts, but they're being ignored. In 2013, 20 children and six adults were shot in a classroom in Connecticut, spurring a bipartisan effort to increase background checks. But the effort failed when multiple senators (including several 2016 hopefuls) voted against it.

So how is this happening? It's because of legislators and politicians cannot see past the crisis of losing their guns in order to come to a compromise. To them, the answer isn't a matter of gun control, but rather a mental illness problem. And they are partially correct: mass killings are a complicated, nasty subject, one that combines many aspects of a broken society that must be fixed, including mental health care. But just as it's incorrect to place all the blame at the feet of gun owners, it's wrong to assign all blame to mental instability.

There is a compromise and a middle ground out there, one that focuses on reforming both of these problems. But neither one can be ignored. "We are not the only country on earth that has people with mental illnesses or want to do harm to other people. But we are the only advanced country on earth that sees these kind of mass shootings every few months," Obama said on Wednesday. And once again, he is correct.

But despite the anger and the outrage, nothing will happen. Absolutely no gun reform will be pushed through Congress or enacted within the states unless individual politicians recognize the larger issue. Preventing the loss of human life shouldn't be a horribly divisive issue. But until our country views the death of children as an unacceptable loss, there's nothing that can or will be done.