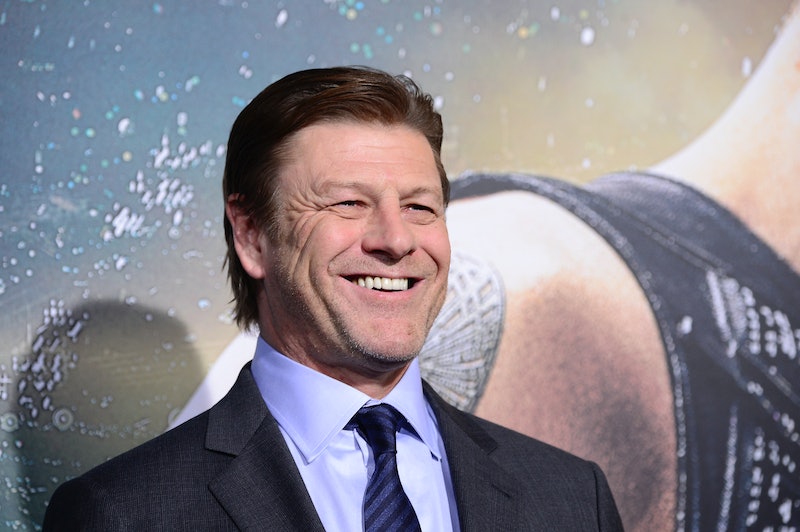 For months, rumors have been buzzing among fans of HBO's Game Of Thrones that Sean Bean would return to the newly-anointed Outstanding Drama Series to reprise his role as long-dead patriarch Ned Stark, who was (five-year-old spoiler alert!) beheaded for treason at the end of Season 1. While his son Bran sat out the entirety of Season 5, he'll be back in play for the upcoming Season 6, which — if George R.R. Martin's books are any indication — should involve visions of his own family's past... including a cameo from Bean himself, perhaps? But, here's some news that might put a crimp in those plans: Bean is starring in The Frankenstein Chronicles , a new show that will air on A&E sometime in 2016.

Chronicles is a production for British television network ITV, and it will premiere on that side of the pond sometime in 2015 before A&E broadcasts it stateside next year. The six-episode miniseries will be set in 19th century London, and center around Bean's Inspector John Marlott, who is attempting to solve a case involving the corpse of a child that, according to Variety, "is actually a grotesque assembly of human body parts." Marlott's investigation will lead him to realize that "a demonic power is at work in the city, apparently attempting to reanimate the dead in a curious parody of the novel Frankenstein."

Will filming for Chronicles prevent Bean from making a return journey to Westeros? Not likely. While shooting for Season 6 of Thrones is currently underway, Chronicles was already in production as far back as March of this year; with only six episodes in its season, Bean was probably finished with it several months ago, before production on Thrones even began. In fact, if there's a project keeping Bean away from the Thrones set, it's his TNT spy drama Legends , which is gearing up for the premiere of its second 10-episode season next month.

So, there's still reason to be hopeful that we'll see Papa Stark's familiar face at some point in Season 6. We already know of at least two scenes involving the character — even if they don't involve Bean himself. Thirteen-year-old Sebastian Croft has been cast as a young Ned for a flashback sequence, and another flashback to the infamous Tower Of Joy featuring an epic sword fight between Ned and legendary kingsguard Ser Arthur Dayne. While some videos have been leaked from the set of that particular scene, they're too blurry to tell if the man fighting is actually Sean Bean, or yet another new actor playing a younger version of the character. (The Tower Of Joy sequence takes place 17 years before the start of Season 1.)

Even though Sean Bean doesn't appear to be involved in either of the Ned Stark flashbacks that we know about so far, the increased focus on the character's history is a good sign that we might get a glimpse of him at some point in the season. And even with his busy Legends schedule, surely he'd be able to get away long enough to film one short cameo?

While we wait for news of a Bean sighting on the Thrones set, we can bide our time imagining all the ways his character could perish at the end of The Frankenstein Chronicles. Being a miniseries, there's no reason to keep Marlott around... and you don't cast Bean unless you want an epic death scene.