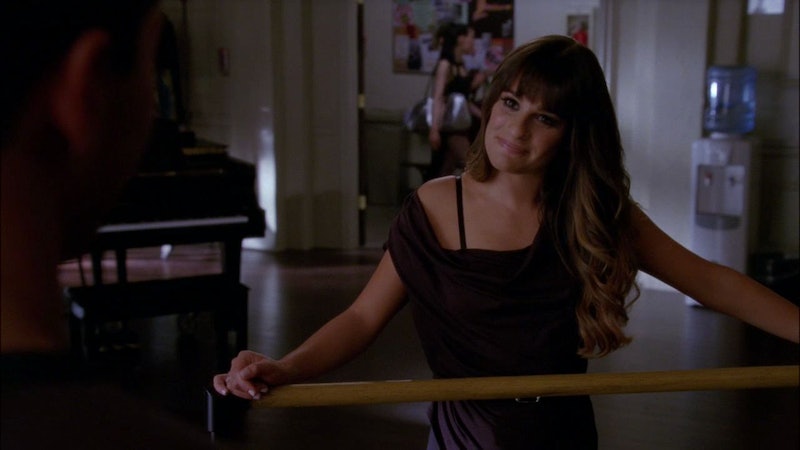 As a product of a community theater-influenced childhood, I find myself with a few quirky, yet useful attributes. While my coworkers might not be impressed with my Time Step and my dates are not all that interested in hearing my high C, my friends make pretty good use of my lack of social fear. In theater, there are a few principles that translate from stage to life, quite impressively.

For instance, in theater, you learn that a collaboration increases success rates. So the more you learn to work with other people, the more you have to gain. This is particularly useful when acting as a wingwoman. Dating is hard. It's scary, it's unpredictable, and it's dangerous. Hence the wing woman/wingman. It turns dating into a non-scary collaborative experience that's a lot closer to fun than it is uncomfortable. Two is an interview, three is a party!

But being an adult-theater kid-turned-wingwoman is about a lot more than just being a willing participant in potentially awkward situations. Growing up in a dark room with a bright stage and a bunch of like-minded, fearless weirdos can make for a very open-minded ascent into adulthood. Things that might be intimidating or debilitating for adults not raised in a theater are a walk in the park for people like me. And if you know a theater kid, you've probably heard a story or two about their showmaces. Yes, theater kids are both fearless daters and fearless friends. Here are six reasons theater kids make the best wing women.

They know how to bring people together, without being awkward.

When you're out with a friend, on wingwoman duty, you have to be clever about the way you approach your targets. Theater kids are ready and willing to pull out their improv skills and find a way to get the target's attention, naturally and casually. They won't be obvious about it, the carefree vibes they'll be doling-out will make it look authentic.

They know how to get the conversation going.

They're not timid conversation starters. They'll jump right in with questions, observations and drum up a few laughs before anyone has a chance to run away. Their effervescence will make the interaction feel like an instant attraction.

They know how to amp up their friends without being obvious.

The main job of the wingwoman or man is to say amazing things about their friend. If this is done improperly, it will be obvious and a disaster. A theater kid will find a natural way to bring up a story which highlights their friends amazingness, without letting the target feel like they're watching a commercial.

They know how to draw connections.

The theater kid will be hyper-focused on every word and interaction. They will be on the hunt for connections to draw that will link the friend and target together. "Wait, you liked the movie Everest? My friend CLIMBED Everest!"

They know how to read body language.

Theater kids know body languages as well as they know speaking languages. The way people hold themselves is very telling of the way they feel. If their friend is barking up the wrong tree, the theater kid will be able to tell and steer them away before they waste any time.

They know when it's time to bow out.

If the friend and the target have a connection, the theater kid will know exactly when it's time to exit stage left. They'll stay just long enough to make everyone feel comfortable and confident and leave early enough to give the new couple time to flirt, without an audience.