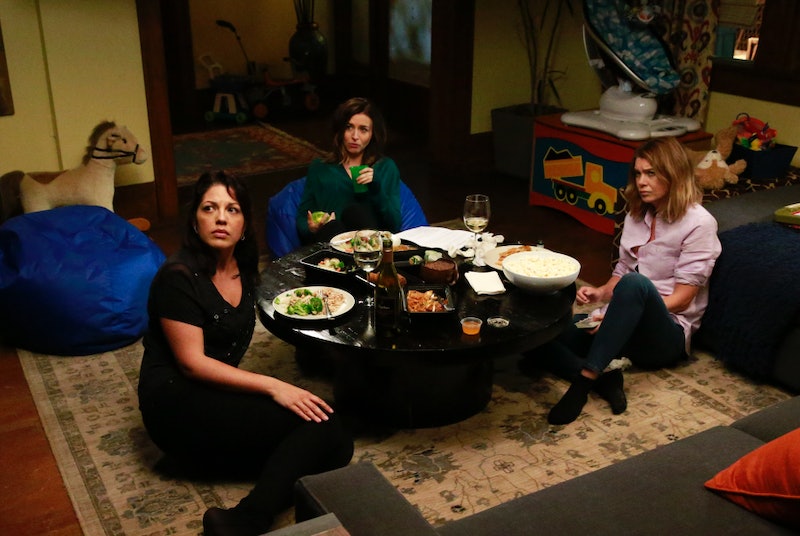 The battle for equal pay has finally reached Grey Sloan Memorial Hospital. Over the past 12 seasons of Grey’s Anatomy , we’ve watched Meredith climb the doctor ranks, moving from intern to, now, chief. Chief of Surgery Bailey recently offered Meredith a chief position, which, is awesome for Meredith. Except when she got her contract, everyone from Maggie to Callie to Amelia winced at the dollar amount of Meredith’s salary. Why? Because Meredith's salary was way too low.

And you can argue with me and tell me that the gender pay gap isn’t a real thing, but you’d be wrong. Women, on average, get paid far less than men do. Women of color are even more in the hole when it comes to their pay. And, apparently, it even happens to CEOs and fictional doctors in soapy drama shows. I was really happy that the other women on the show didn’t tell Meredith to just sign the paperwork, lest she cause any trouble. They told her to get in there, tell Bailey she earned that job, and put a number down on paper that would make her and her children proud. And you know what? Meredith totally did exactly that, and it rocked.

Now, one would be surprised that Bailey wasn’t paying her staff accordingly. Even Richard weighed in on this, telling Bailey that Meredith’s contract wasn’t fair. Well guess what? It was pretty much all a test. Bailey said that Meredith needed to fight for her contract and her worth, and when Meredith walked in and demanded more money, Bailey gave it to her on the spot. All Bailey wanted was for Meredith to know that she was important and deserving, and that’s worth more than a salary (okay, not more, but it’s still important). As Bailey told Richard, “This is what a feminist looks like, sir.” I couldn’t agree more. Can I take Bailey along with me to negotiate my next raise?