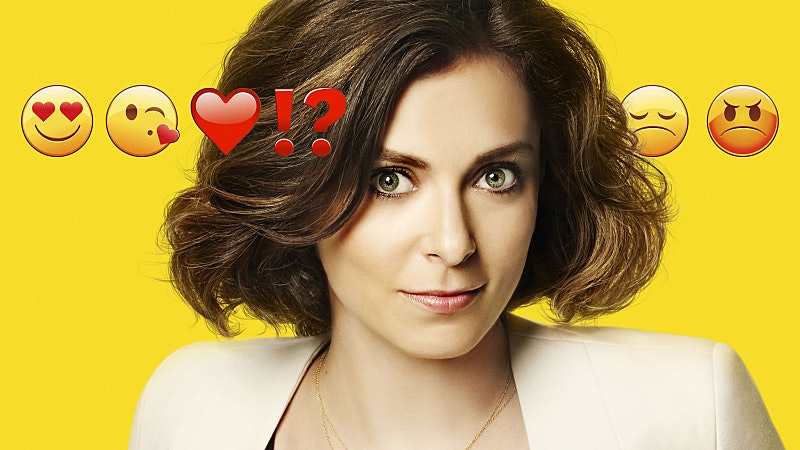 Like Trophy Wife and Cougar Town before it, The CW's new musical dramedy Crazy Ex-Girlfriend attempts to take a common slur against women and reclaim it from a more feminist perspective. (Notice that the title of the show isn't MY Crazy Ex-Girlfriend.) Protagonist Rebecca Bunch is doing something crazy and she knows it: both figuratively (she quits her job and moves across the country to follow her childhood sweetheart) and literally (she imagines elaborately choreographed song-and-dance sequences in her head). Rachel Bloom plays Rebecca and carries the entire show on her shoulders. But who is Rachel Bloom? And how did she get so Crazy?

After graduating from NYU's Tisch School of the Arts in 2009, Bloom honed her comedic skills by studying with famous NYC improv troupe Upright Citizens Brigade, as stated on her website. She attained internet fame in 2010, when she uploaded her first YouTube video: a music video titled "F*ck Me, Ray Bradbury," in which she implored the beloved sci-fi author to, well, you get the picture. The video, shown below, was so successful that it was nominated for a Hugo Award (basically the Oscars of science-fiction) for Best Dramatic Presentation — Short Form, alongside three episodes of Doctor Who and the Academy Award-winning animated short film The Lost Thing. (This is the same prize won by Game Of Thrones two years in a row for its acclaimed episodes "Blackwater" and "The Rains Of Castamere.")

Over the next couple of years, Bloom's hilariously profane YouTube videos started gaining notoriety, with videos like "You Can Touch My Boobies" and "Historically Accurate Disney Princess Song" being featured on comedy sites all over the web, including BuzzFeed, Jezebel, and The Onion. She made her TV debut in 2012 in the Season 7 Valentine's Day episode of How I Met Your Mother, playing an inebriated Jersey Girl on the episode's titular "Drunk Train." Although she's had more TV credits since, on the likes of Netflix's BoJack Horseman and Adult Swim's Robot Chicken, Crazy Ex-Girlfriend will be her first live action appearance since her grand HIMYM debut three years ago.

Showtime first approached Bloom about headlining a series about one year ago, as reported by Variety, when the internet star was only 26. The fact that Bloom wasn't a household name was part of what the network found so attractive about her. "It’s a function of the evolution of our network and brand that we no longer have to put pre-established stars into shows to get people to take us seriously as a place for original programming," network president David Nevins said in October 2014. To develop Crazy Ex-Girlfriend, Bloom was paired up with Aline Brosh McKenna, the screenwriter behind The Devil Wears Prada.

However, in February 2015 Showtime announced that it wouldn't be picking up the pilot — which had been directed by Marc Webb (The Amazing Spider-Man, (500) Days Of Summer) — to series. Just when things looked most bleak for Bloom, Showtime's sister network The CW (both are owned by the CBS Corporation) swooped in and saved the day, picking up Crazy Ex-Girlfriend in May of this year.

The CW has thrown a lot of weight behind Crazy Ex-Girlfriend, premiering it as the network's only new show of the fall (other freshmen series DC's Legends Of Tomorrow and Containment are being held until midseason) and scheduling it on Mondays before returning sophomore hit Jane The Virgin. Will Rebecca Bunch be the next Jane Villanueva? Can Rachel Bloom follow Gina Rodriguez to critical acclaim... and a Golden Globe win? Is the world ready for a bonafide wacky, all-singing all-dancing heroine? I know I am.

Jump on board the Crazy-Train this Monday night on The CW at 8 p.m.

More like this
The Banned 'Friends' Ad Shows Monica As You’ve Never Seen Her Before
By Sam Ramsden
Ashton Kutcher Wants Danny Masterson “To Be Found Innocent” In Rape Retrial
By Jake Viswanath
'Abbott Elementary' Fans Probably Missed This 'Parent Trap' Easter Egg
By Sam Ramsden
At 28, Debra Jo Rupp Was Living A Much Different '70s Show
By Grace Wehniainen
Get Even More From Bustle — Sign Up For The Newsletter
From hair trends to relationship advice, our daily newsletter has everything you need to sound like a person who’s on TikTok, even if you aren’t.