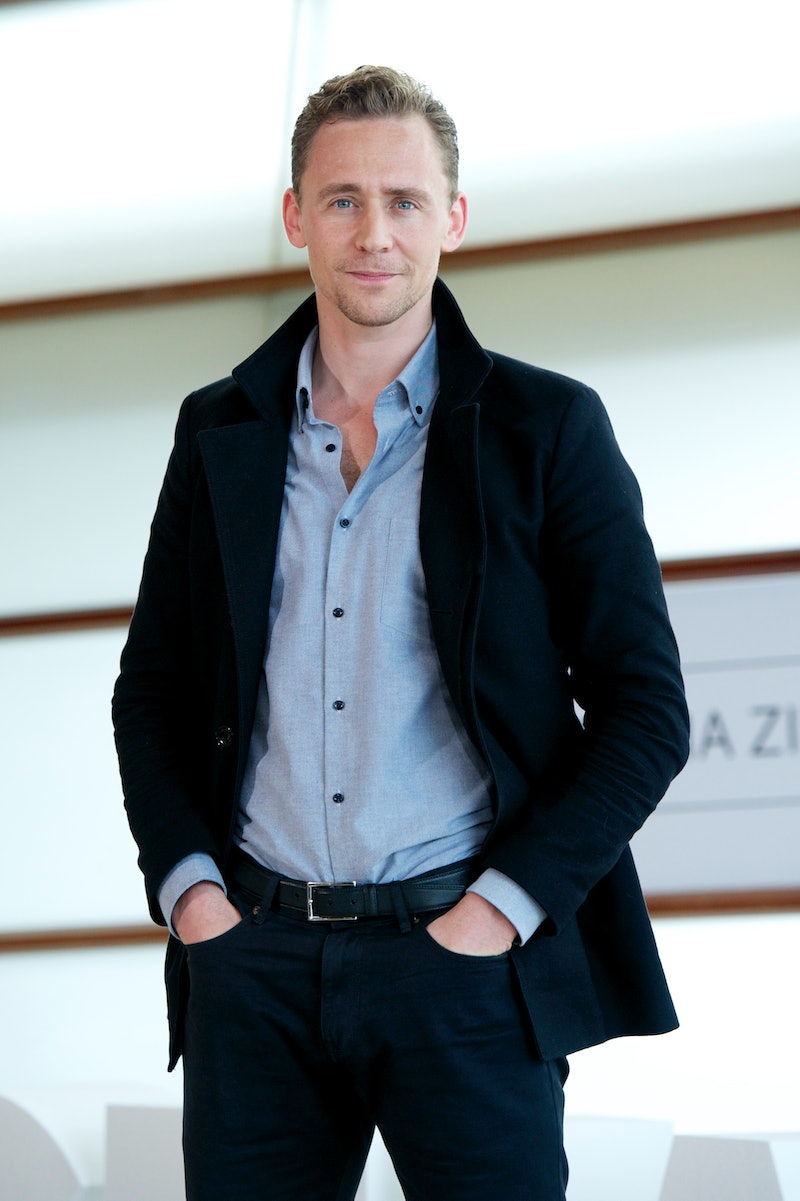 Are you more of a Tom Hiddleston or a Benedict Cumberbatch fan? Cumberbabe or Hiddlestoner? Depending on your answer, you were probably either really bummed or really psyched when Cumberbatch dropped out of Crimson Peak only to be replaced by Hiddleston in the Guillermo del Toro-directed film. Cumberbatch was originally rumored to have left Crimson Peak for a top secret role in J.J. Abrams' Star Wars: Episode VII, but has since suggested that he left the film due to creative differences, telling The Hollywood Reporter that the "amicable" reason was "between me and Guillermo." Now, with Crimson Peak hitting theaters on Oct. 16, fans will finally get to see the project that Cumberbatch left and Hiddleston took over. But why are we so obsessed with the Benedict Cumberbatch and Tom Hiddleston relationship in the first place? Why pin these two actors against one another, or always think of them in the same breath?

Before I get sucked into the whole Hiddleston vs. Cumberbatch debate, it should be noted that the two British actors have been nothing but supportive of one another. In fact, they've been close friends ever since meeting on the set of War Horse in 2010 — so close that Hiddleston was rumored to have been the best man at Cumberbatch's wedding. And the Hiddleston-Cumberbatch friendship is one shipped around the world — their couple name is 'Hiddlesbatch.'

There's no question that the world has more than enough room for both Hiddleston and Cumberbatch (not unlike my heart), but, alas, Crimson Peak did not. It's unclear what the so-called 'creative differences' between Cumberbatch and del Toro were on Crimson Peak, but Cumberbatch did say they were amicable, so hopefully it was a change made for the best. And it seems that Hiddleston was one of the director's favorite choices for the role to begin with; after Cumberbatch dropped out, del Toro reportedly rushed to send the script to Hiddleston, even rewriting the part to tailor it to the actor.

"I was really excited. I couldn't wait to read the script. It must have been a day later and I got it and read it immediately in one sitting," Hiddleston told Yahoo! "He had rewritten the part for me in a way, so I got my own draft. And it was just brilliant. It was just a brilliant screenplay. ...There was no possible way I was going to say no. The screenplay was brilliant. It was rich and captivating and terrifying. The role was amazing and different from anything else I had done. It was a very, very quick 'yes.'"

Cumberbabes and Hiddlestoners, please keep in mind that it's more than likely they have been up for the same role in the past. Both actors are white, British, tall, and lanky, with chiseled faces and daring sex appeal. They can both do killer impressions, and they are both part of the famous Marvel Universe — Hiddleston, of course, has played the villainous Loki in three Marvel blockbusters, while Cumberbatch was recently cast as Doctor Strange. If they didn't already compete for roles in the U.K., they definitely do here in Hollywood.

With both actors continuing to make waves on screen, you won't have to chose between them any time soon. So, Cumberbabes, don't feel guilty for wanting to see Crimson Peak. Cumberbatch would want you to, I just know it.